For his Hackaday Prize entry, [MIPS ARMSTRONG] is working on an open-source terrarium that will be one of the fastest way to grow foodstuffs or other edible greens. He’s calling it Project EDEN, and it’s shaping up to be one of the most advanced homebrew horticultural devices ever made.

There are a few things that make this indoor greenhouse unique. The most obvious is the incredible number of LEDs used as grow lights. [MIPS] is using 900 Watts worth of Royal Blue and Deep Red LEDs. To water these plants, [MIPS] is taking a cue from NASA and building a High Pressure Aeroponics system – a device that shoots droplets of water only 50 microns in diameter directly onto the roots of the plants.

One of the more interesting aspects of EDEN is the CO2 system. The bulk of plant biomass – like humans – comes from carbon, and plants get their carbon from the atmosphere. Studies have shown that increasing the concentration of CO2 in a grow chamber can increase plant growth. There is a limit before CO2 becomes toxic to plants, so [MIPS] will have to keep a close eye on the CO2 levels with gas sensors.

With high-pressure watering, a CO2 system, and an amazing array of LEDs, this is one of the most advanced homebrew horticulture projects on the planet. It’s also a great fit for this year’s Hackaday prize theme of ‘build something that matters’, and we can’t wait to see [MIPS]’s future developments of his awesome aeroponic terrarium.

The term “workflow” gets thrown around a lot these days. For example, say you own a 3D printer and you just came up with an idea. The temptation is to go straight to your favorite CAD tool, start designing the finished product, and then hit print. That, in many cases, can be the worst thing you could do. You would be missing out on all the variation and design choices you can easily try out with a simple series of drawings.

So, you’ve worked out your drawing, played with the design a bit, and now it is time to design in 3D on the computer right?  Not so fast. Depending on the nature of the design, you might want to follow this nice tutorial from [Willy Nicholas] on how to quickly make a cardboard prototype.

Now, obviously this won’t work on all designs. But it’s a tool everyone should keep in their bag of tricks. It allows for basically free, quick mock ups that you can hold in your hand. That last bit is important, because having something you can touch and see is a huge part of the design process.

You can also use cardboard as an excellent device for making templates for working with materials such as sheet metal. In case you have seen it, check out “Project Binky” to see what a couple of blokes in England are able to accomplish with nothing much more than a welder, a grinder and some cardboard. 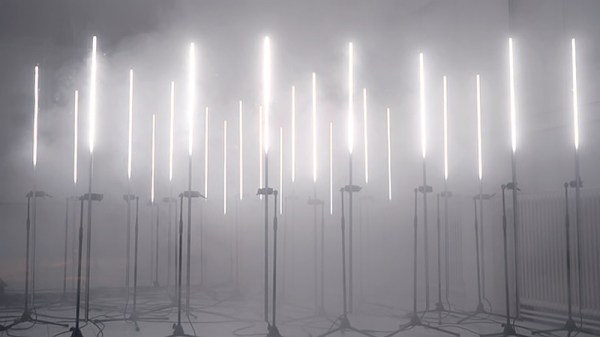 We should come clean right up front. We like blinky stuff, tech art, smoke machines, and dark atmospheric electronic music. This audiovisual installation piece (scroll down) by [supermafia] ticks off all our boxes. As the saying doesn’t really go, writing about site-specific audiovisual art pieces is like dancing about architecture, so go ahead and watch the video (Vimeo) below the break.

END_OF_DOCUMENT_TOKEN_TO_BE_REPLACED 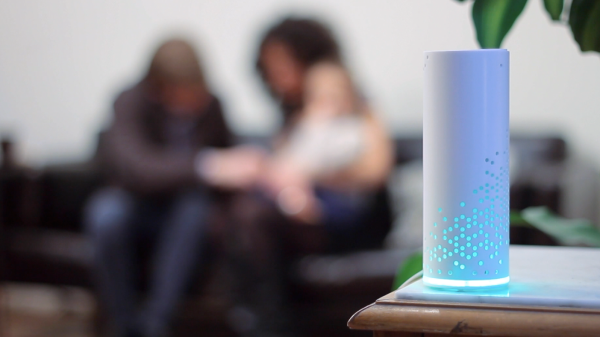 Our favorite mechanical master of woodworking, [Matthias Wandel], is at it again, this time making an endless staircase for a Slinky. Making an escalator out of 2×4’s and other lumber bits looks fairly easy when condensed down to a two and a half minute video. In reality a job like this requires lots of cuts, holes, and a ton of planning.

The hard part of this build seemed to be the motor arrangement. There is a sweet spot when it comes to Slinky escalator speeds. Too fast, and you’ll outpace the Slinky. Too slow, and the Slinky flies off the end of the escalator. Keeping the speed in check turned out to be a difficult task with the coarse speed control of a drill trigger. The solution was to ditch the drill and build a simple hand crank mechanism. The Slinky now can cascade down stairs as long as your arm holds out.

Join us after the break for 3 videos, the making of the escalator, a 140 step demonstration video, and a followup video (for geeks like us) explaining where the idea came from, whats wrong with the machine and possible improvements.

Thanks to [Jim Lynch] for the tip

END_OF_DOCUMENT_TOKEN_TO_BE_REPLACED

HDMI is implemented on just about every piece of sufficiently advanced consumer electronics. You can find it in low-end cellphones, and a single board Linux computer without HDMI is considered crippled. There’s some interesting stuff lurking around in the HDMI spec, and at DEF CON, [Joshua Smith] laid the Consumer Electronics Control (CEC) part of HDMI out on the line, and exposed a few vulnerabilities in this protocol that’s in everything with an HDMI port.

CEC is designed to control multiple devices over an HDMI connection; it allows your TV to be controlled from your set top box, your DVD player from your TV, and passing text from one device to another for an On Screen Display. It’s a 1-wire bidirectional bus with 500bits/second of bandwidth. There are a few open source implementations like libCEC, Android HDMI-CEC, and even an Arduino implementation. The circuit to interface a microcontroller with the single CEC pin is very simple – just a handful of jellybean parts.

[Joshua]’s work is based off a talk by [Andy Davis] from Blackhat 2012 (PDF), but greatly expands on this work. After looking at a ton of devices, [Joshua] was able to find some very cool vulnerabilities in a specific Panasonic TV and a Samsung Blu-ray player.

A certain CEC command directed towards the Panasonic TV sent a command to upload new firmware from an SD card. This is somewhat odd, as you would think firmware would be automagically downloaded from an SD card, just like thousands of other consumer electronics devices. For the Samsung Blu-Ray player, a few memcpy() calls were found to be accessed by CEC commands, but they’re not easily exploitable yet.

As far as vulnerabilities go, [Joshua] has a few ideas. Game consoles and BluRay players are ubiquitous, and the holy grail – setting up a network connection over HDMI Ethernet Channel (HEC) – are the keys to the castle in a device no one  would ever think of taking a close look at.

Future work includes a refactor of the current code, and digging into more devices. There are millions of CEC-capable devices out on the market right now, and the CEC commands themselves are not standardized. The only way for HDMI CEC to be a reliable tool is to figure out commands for these devices. It’s a lot of work, but makes for a great call to action to get more people investigating this very interesting and versatile protocol.

As hilariously outrageous as Pacific Rim was, it was still an awesome concept. Giant robot battle suits, duking it out with the aliens. Well, it looks as if it wasn’t quite as far-fetched as we first imagined. Maker [Danny Benedettelli] just released a video of his very own Lego exoskeleton suit that when worn can be used to control a desktop size Cyclops robot. You might remember [Danny] as the author of The Lego Mindstorms EV3 Library,

The Cyclops robot (also his design) was originally built four years ago using Lego Mindstorms NXT system with an Android phone running a custom app. Cyclops has been upgraded a bit for this demonstration. Now it communicates over Bluetooth with an Arduino to [Danny’s] telemetry suit.

Relatively speaking, the system is pretty simple. The Lego exoskeleton has potentiometers on each joint, which map to a degree of freedom for the robot. When one potentiometer spins, the associated robot joint mimics it. Simple, right?