Before you hit the road this weekend, grab the Hackaday Year in Review Podcast to keep you company during your journey.

We released this on Tuesday and mentioned that the podcast was available on all major podcasting platforms. But turns out you need to wait for approval which we have since received.

This first installment covers some of our favorite trends, articles, and hacks from 2018. Get caught up on what you missed this year, and head over to the show notes for links to everything Mike and Elliot covered in the 67 minute walk down memory lane. We’ll be doing this more regularly in 2019 so pick your podcast aggregator and subscribe to Hackaday to keep up with new episodes.

Did you read all 3000+ articles published on Hackaday this year? We did. And to help catch you up, we preset the Hackaday 2018 Year in Review podcast!

Join us for the podcast, available on all major podcasting platforms, as Editors Mike Szczys and Elliot Williams attempt the impossible task of distilling the entire year into a one hour discussion. We’ve included every story mentioned in the podcast, and a few more, in the show notes here. But since we can’t possibly mention every awesome hack, we encourage you to share your favorites, and pat the writers on the back, by leaving a comment below.

Kudos and congratulations to all of the Hackaday writers and editors for an incredible year. Not a single day went by where we published fewer than eight articles, and that is a testament to the odd hours and quirky rabbit holes the Hackaday writing crew finds itself in. Equally huge kudos to the thousands of hackers out there who shared their work with us all! You’re all pushing the state of the art forward.

Are you a fan of the podcast format to recap what you’ve missed on Hackaday? Let us know, hopefully we can make it a more regular thing in 2019. Happy New Year everyone!

END_OF_DOCUMENT_TOKEN_TO_BE_REPLACED 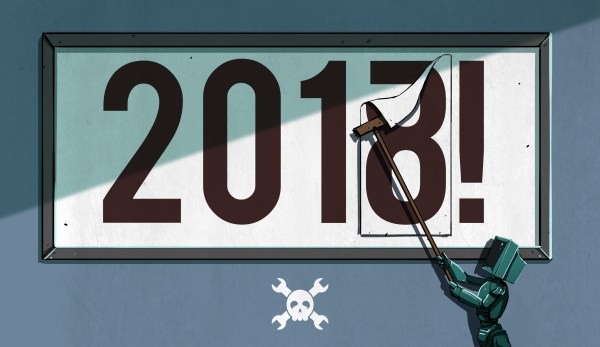 The year is almost over, and now it’s time to look back on the last fifty-odd weeks. What happened in this year in hacking? 2017 will go down as the beginning of another AI renaissance, although we’re not going to call it that; this year was all about neural nets and machine learning and advancements resulting from the development of self-driving cars and very beefy GPUs. Not since the 80s have we seen more work in ‘AI’ fields. What will it amount to this time around the hype cycle? Find out in a few years.

Biohacking was big this year, and not just because people are installing RFID tags and magnets in their hands. CRISPR is allowing for Star Trek-style genome hacking, and this year saw in vivo experiments to enable and disable individual genes in rat models. Eventually, someone is going to get a Nobel for CRISPR.

We’re going to Mars, and soon — very soon — a SpaceX Falcon Heavy is going to either lob a Tesla Roadster into solar orbit or the Atlantic Ocean. We learned about the BFR that will take dozens of people to Mars in a single launch. Boeing and Lockheed think they can compete with the Elon Musk PR powerhouse. The Bigelow Aerospace inflatable module passed its in-flight test on the ISS, giving the space station a new storage closet. Even in space, amazing stuff is happening this year.

Is that it? Not by a long shot. This year has seen some of the coolest hacks we’ve ever seen, and some of the dumbest security breaches ever. Hackaday is doing awesome. What else did 2017 have? Read on to find out.

END_OF_DOCUMENT_TOKEN_TO_BE_REPLACED 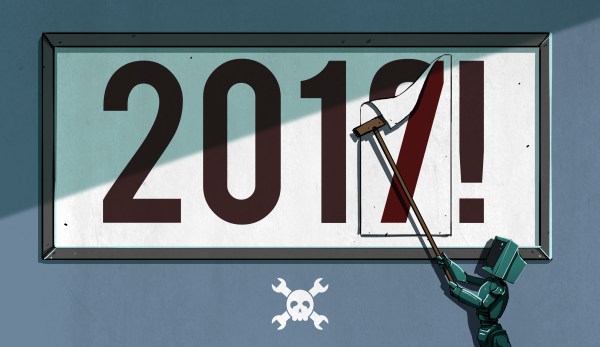 Soon, the ball will drop in Times Square, someone will realize you can turn ‘2018’ into a pair of novelty sunglasses, and the forgotten mumbled lyrics of Auld Lang Syne will echo through New Year’s Eve parties. It’s time once again to recount the last 366 days, and what a year it’s been.

Arduino got into an argument with Arduino and Arduino won. We got new Raspberry Pis. Video cards are finally getting to the point where VR is practical. The FCC inadvertently killed security in home routers before fixing the problem. All of this is small potatoes and really doesn’t capture the essence of 2016. It’s been a weird year.

Want proof 2016 was different? This year, Microsoft announced they would provide a Linux ‘shim’ with every version of Windows. By definition, 2016 was the year of the Linux desktop. That’s how weird things have been in 2016.