Well, that didn’t go quite as we expected, did it? Wind the clock back 365 days, and the world seemed to be breathing a collective sigh of relief after making it through 2020 in one piece. Folks started getting their COVID-19 vaccines, and in-person events started tentatively putting new dates on the calendar. After a rough year, it seemed like there was finally some light at the end of the tunnel.

Turns out, it was just a another train. New variants of everyone’s favorite acute respiratory syndrome have kept the pandemic rolling, and in many parts of the world, the last month or so has seen more new cases of the virus than at any point during 2020. This is the part of the Twilight Zone episode were we realize that not only have we not escaped the danger, we didn’t even understand the scope of it to begin with.

Case in point, the chip shortages. We can’t blame it entirely on the pandemic, but it certainly hasn’t helped matters. From video game systems to cars, production has crawled to a standstill as manufacturers fight to get their hands on integrated circuits that were once plentiful. It’s not just a problem for industry either, things have gotten so bad that there’s a good chance most of the people reading this have found themselves unable to get their hands on a part or two these last few months. If you were working on a hobby project, it’s a temporary annoyance. But for those who planned on finally bringing their latest big idea to market, we’ve heard tales of heartbreaking delays and costly redesigns.

It would be easy to look at the last twelve months and see nothing but disappointment, but that’s hardly the attitude you want to have at the beginning of the year. So let’s take the high road, and look back on some of the highlights from 2021 as we turn a hopeful eye towards the future.

I know what you’re thinking, and you aren’t wrong. Even though the launch of the James Webb Space Telescope, humanity’s newest and most powerful tool for unraveling the mysteries of the universe, might have gone off without a hitch on Christmas day; it doesn’t mean we’re out of the woods yet. There are still plenty of things that can go wrong before the roughly ten-billion US dollar observatory arrives at Earth-sun Lagrange point 2 (L2) and begins observations, but for now, let’s just take the win. 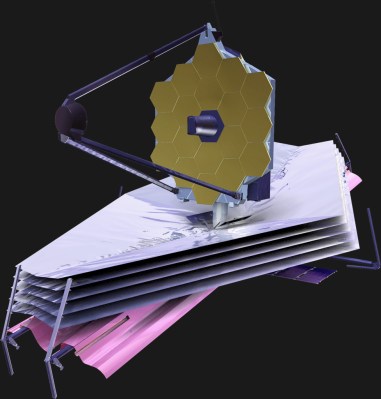 After all, there’s some who wondered if the thing would ever get off the ground. Preliminary work for the infrared observatory that would succeed the Hubble Space Telescope started all the way back in the early 1990s, with an expected launch date of 2007. But thanks in part to NASA’s ever shifting goals, the Next Generation Space Telescope (NGST) project suffered through a string of delays and redesigns over the decades. In the end, what was originally envisioned as a relatively low-cost mission ballooned into one of the most expensive pieces of scientific equipment ever built.

So what do we get for the money? If everything goes well, a telescope that can observe objects older and more distant than anything scientists have ever seen before. The observatory will let us peer back over 13.5 billion years ago, to the formation of the earliest stars and galaxies. It may also help us learn more about worlds closer to home, as the powerful observatory can also be used to characterize the atmosphere of potentially habitable planets outside our solar system.

Of course, the launch of the James Webb Space Telescope was just one of many space highlights this year. The Perseverance Mars rover made a safe landing in February, and it’s coaxial helicopter stowaway Ingenuity became the first extraterrestrial aircraft soon after. The International Space Station is still producing exciting science, and for better or for worse, 2021 marks the year that civilian spaceflight became routine.

Whose Hardware is It, Anyway?

Among our top stories of 2021, several dealt with the Orwellian control that manufacturers now have over modern consumer gadgets. It seemed like not a month went by that we weren’t reminded of the risk we take by connecting all of our hardware to the Internet when somebody else has the keys: Samsung remotely bricked smart TVs they believed to be stolen, Cricut made a disastrous attempt at fleecing their long-time users, and the Home Depot announced plans to start selling power tools with a built-in kill switch. Sure, some of these actions were designed to crack down on the trafficking of stolen goods. But it doesn’t take much of an imagination to see how dangerous it is for the manufacturer to be the sole arbiter of what counts as legitimate use of their products. Today it’s the thieves, tomorrow it’s the firmware hackers.

On the surface, these developments might seem like an odd addition to our “Best Of” list for 2021. But while the news itself may be distressing, the response is really what gives us hope. These weren’t just some of the most read stories of the last year, they were also among the most commented on. While the manufacturers involved would no doubt preferred these stories to have slipped by quietly in the night, the Hackaday community made sure a bright light was cast on each and every one.

While some would argue it seems we’re not far off from that steamy dystopian cyberpunk future the media has been promising us for decades, you don’t have to be some outlaw console cowboy to fight back against greedy corporations. You can do your part simply by sharing stories like these and getting a dialog going with your friends and colleagues. The only thing these companies truly fear is losing money, and if there’s enough rabble online about their latest anti-consumer power play, they’ll often back off.

A Whole Lot of Pi News

Regular readers know that the Raspberry Pi has dominated the headlines here at Hackaday pretty much its inception. But this year was a bit different. Oh sure we had plenty of folks sending in things they built with the latest-and-greatest offerings from the Raspberry Pi Foundation, but the real interesting part was just how many offerings that involved for 2021. 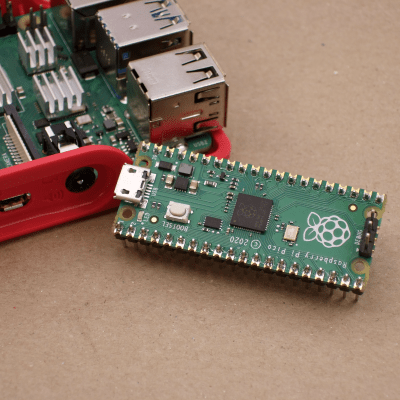 Things started off with a surprising newcomer in January, the Raspberry Pi Pico. After years of building Linux single-board computers out of what’s essentially old smartphone hardware, the Pico represented not only the Pi Foundation’s first entry into the microcontroller market, but their first piece of custom silicon. It wasn’t long before we saw the chip in question, the RP2040, start popping up in products from other maker-oriented companies like Adafruit and Seeed. By summer the average consumer could even buy them in single unit quantities, and as expected, projects based on this powerful new MCU started trickling into the tips line.

In October, we finally saw an update to the Raspberry Pi Zero. The smallest and cheapest of the mainline Pi boards had been languishing for some time, with its most recent refresh in 2017 only adding WiFi and Bluetooth. While some were disappointed that the new Zero 2 kept the same 512 MB of RAM, the quad-core 64-bit ARM Cortex-A53 CPU was a considerable improvement over the poky single-core chip it replaced.

Throughout the year, we also saw a lot of exciting development around the Compute Module 4. The CM4 might have dropped at the end of 2020, but it took several months for hackers and makers to wrap their collective heads around its wildly different form factor and greatly expanded capabilities. Now that the community is up to speed, we’ve seen a flood of impressive projects exploring the possibilities offered by this uniquely capable board.

If all this development around the Pi brand has got you excited, 2022 might bring you the chance to get in on the action directly. Back in November we heard whispers that the company may be planning on going public this year, allowing hackers and makers to own their own little slice of the Pi.

Perhaps it’s the chip shortage making it harder and more expensive to buy new gear, or maybe it’s the fact that folks are still largely stuck inside as the pandemic keeps social gatherings to a minimum. Whatever the reason, there was a noticeable uptick of repairs being sent into the tips line in 2021, and we couldn’t be happier.

We got to hear about uncommon pieces of gear being saved from the scrap yard, and modern techniques reviving century-old pieces of equipment. Dedicated troubleshooting showed that even the smallest of failures can bring a complex machine to a standstill, while enterprising users gave orphaned IoT devices a new lease on life.

We here at Hackaday believe strongly in the right to repair, whether it’s a John Deere tractor or last year’s smart TV. Success stories like these aren’t just inspirational, they’re important reminders of what’s at stake when manufacturers go out of their way to make it more difficult for the individual or even a third party to perform repairs.

Finally, this is a good a time as any to reflect on the health of Hackaday itself. Regular readers will no doubt have noticed that this year saw several new writers added to our number, each bringing their own unique mix of interests to the table. In November we held our second Remoticon, and while meeting in person would certainly have been preferable, this year’s virtual event was a smash hit that made the most out of the situation. Our podcast continues to gain popularity, providing greater insight into the world of Hackaday for existing fans while simultaneously helping spread our content to a whole new audience. We’ve even jumped on the bandwagon and created an official Hackaday Discord server, providing yet another way to keep our finger on the pulse of the community.

But certainly the biggest change for 2021 came in December, when Mike Szczys announced he’d be stepping down as Hackaday’s Editor-in-Chief to pursue a new chapter in his career. A fixture in the Hackaday community since 2009, Mike helped guide the site through several major transitions over the years. Upon taking over day-to-day management in 2013, he instituted many of the changes that ultimately molded the site into what it is today.

To pretend Mike’s absence won’t be felt would be an insult to his legacy. But newly gazetted Editor-in-Chief Elliot Williams is more than up to the task of guiding Hackaday through the next chapter of its long and storied history. There’s a steady hand on the wheel, and the Hackaday you know and love isn’t going anywhere. That said, we do have some new ideas that we think will help grow the Hackaday community in 2022 and beyond. Here’s hoping you’ll join us for the ride.