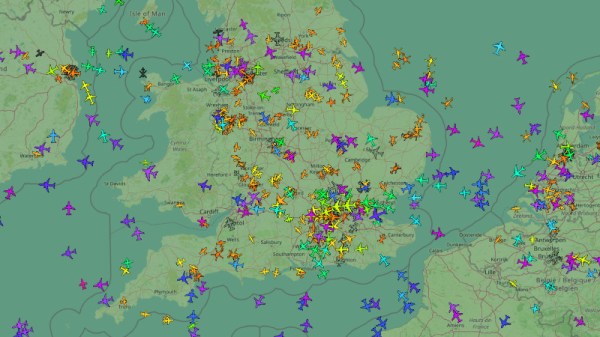 In the news among aviation enthusiasts, the ADS-B data aggregation and aircraft tracking site ADSB-Exchange has been sold by its founder to JETNET for a reported $20,000,000. This type of routine financial news is more at home in the business media than on Hackaday, but in this case there’s something a little different at play. ADS-B Exchange is a community driven site whose data comes from thousands of enthusiasts worldwide connecting their ADS-B receivers to its feed API. The sale to a commercial flight data company has not gone down well with this community who are unsurprisingly unimpressed that their free contributions to the website have been sold.

This certainly isn’t the first time a site built on community data has flipped into big business, and while it’s unclear whether JETNET will do a full CDDB and boot out anyone not paying to play, we can understand the users feeling that their work has been sold from under them. On the other hand, how many of us can truly claim their open source beliefs wouldn’t start to buckle once somebody slides a $20m check across the table?

It’s evidently too late for anyone aggrieved by their ADS-B data being sold, but perhaps there’s something else to think about here. We have an established way to recognize open source software in the many well-known software libre licences, but we don’t for crowd-sourced data. Perhaps it’s time for the open-source community to consider this problem and come up with something for future sites like ADS-B Exchange whatever field they may be in, a licence which clearly defines the open terms under which contributors provide the data and those under which site owners can use it. Otherwise we’ll be here again in a few years writing about another aggrieved community, and we think that doesn’t have to happen.

In the financial sector, everyone is looking for a new way to get ahead. Since the invention of the personal computer, and perhaps even before, large financial institutions have been using software to guide all manner of investment decisions. The turn of the century saw the rise of High Frequency Trading, or HFT, in which highly optimized bots make millions of split-second  transactions a day.

Recently, [Wired] reported on Numerai — a hedge fund founded on big data and crowdsourcing principles. The basic premise is thus — Numerai takes its transaction data, encrypts it in a manner that hides its true nature from competitors but remains computable, and shares it with anyone who cares to look. Data scientists then crunch the numbers and suggest potential trading algorithms, and those whose algorithms succeed are rewarded with cold, hard Bitcoin.

END_OF_DOCUMENT_TOKEN_TO_BE_REPLACED 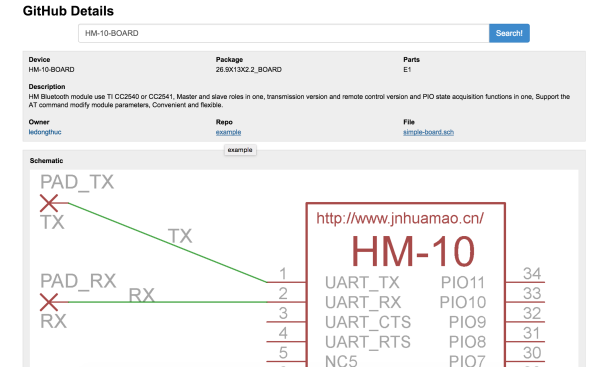 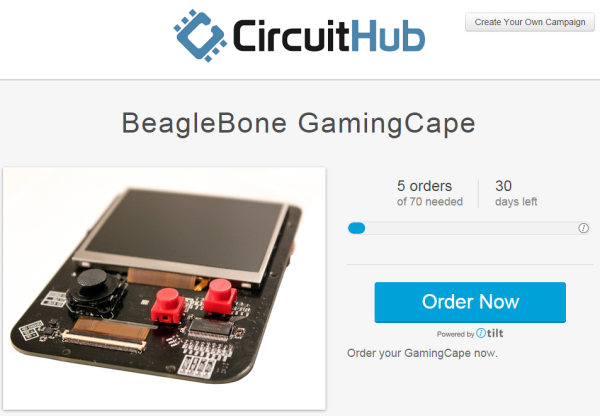 Kickstarter isn’t the solution to every manufacturing hurdle, you know? Crowdsourcing—everybody’s favorite cliché to invoke after sharing their less-than-half-baked merchandise idea—has expanded to include yet another variation, and is currently rocking [Max Thrun’s] BeagleBone GamingCape thanks to [Jason Kridner]. If the cape looks familiar, it’s because we featured it earlier this summer, when [Max] created it as part of TI’s Intern Design Challenge.

Here’s how it works. Rather than asking strangers to place pre-orders (let’s admit it, that’s ultimately how Kickstarter functions), CircuitHub campaigns work as a group-buy: upload your KiCad, Eagle or Altium design and a BOM, and you’re on your way to bulk-order savings. As [Kridner] explains in his blog post, you’ll have some finagling to do for your campaign to be successful, such as choosing between prices at different volumes, projecting how many people need to buy in as a group, etc. When he sourced the parts on his own, [Kridner] spent nearly $1000 for a single GamingCape. The CircuitHub campaign, if successful, would land everyone a board for under $100 each—and it’s assembled.