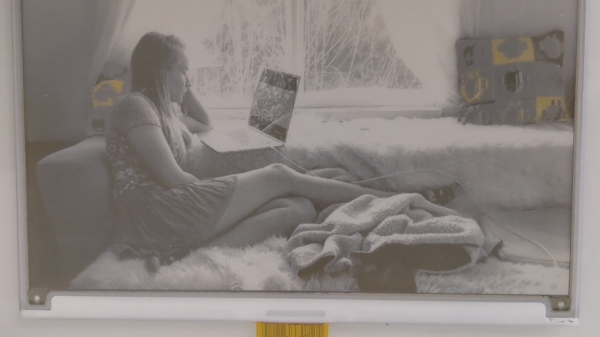 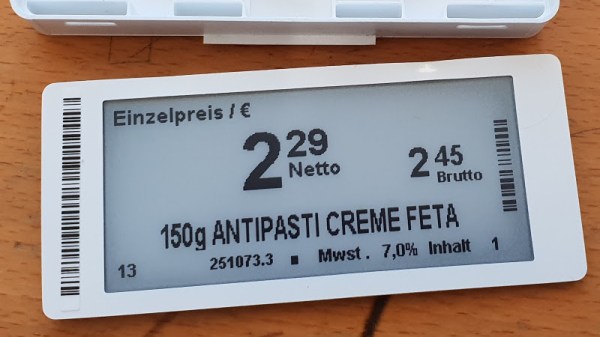 There’s always a magic moment for our community in the lifecycle of any piece of technology: the point at which it first becomes available for pennies on the surplus market. Something which could previously be had only at a price is rendered down to mere pennies, and we are free to hack to our heart’s content.

Such a moment came for [Aaron Christophel] when he bought a quantity of used e-ink price tags (German, Google Translate link) that had formerly graced the shelves of a supermarket. A pile of readily hackable e-ink displays lay before him, so he set to work.

Cracking them open he found the display itself as well as a PCB with its own microcontroller, but he soon identified it as compatible with a WaveShare module for which he had data. Since its interface was thus identified as SPI he could desolder the unknown CPU and break out the pins for an Arduino or other board. The display itself turned out to be a custom model with a few quirks for price tags, it had a black border that could be enabled, and for some reason it appeared as a two-colour red-and-black model in which its black pixels responded as though they were the red channel. He has a quick overview video that we’ve placed below the break.

These displays have started appearing in our community, not least in electronic conference badges. This source of cheap components from the surplus market makes them ever more accessible, and we look forward to the projects that will come from them.