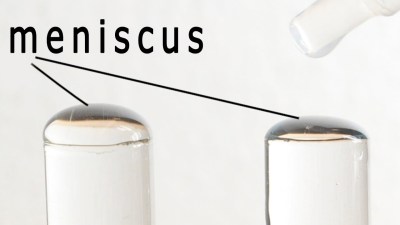 This quick and easy evaporative cooler might be just the thing the next time the air conditioning goes on the fritz. [Stephen] saw an eBay listing for a personal air conditioner that used a moist sponge and fan to send some cool relief your way. But he wanted to run his own test to see if it really did anything before laying down the cash.

The idea is to run air past a moisture source. Some of the heat energy in the air is reduced through evaporation resulting in the exhaust air feeling a bit cooler. It’s the same concept used in swamp coolers (an evaporative type of air conditioning). To build his device [Stephen] grabbed a refrigerator deodorizer which uses a hinged plastic cage to hold a packet of baking soda. He attached a small PC fan to the cage, then inserted a damp sponge. This is so easy to put together you could hit the dollar store on your lunch break and have some relief for the second half of the work day.

If you’re looking for a technique that cools just a bit better consider leveraging a beer fridge as a personal cooler.

END_OF_DOCUMENT_TOKEN_TO_BE_REPLACED Producing ice without electricity just got a lot easier thanks to these engineering students from San Jose State University. Their system uses solar heat to facilitate evaporation of a coolant. When the sun goes down and the coolant turns back to liquid, its temperature drops drastically due to extreme pressure differences. The unit can produce 14 pounds of ice per day with zero carbon footprint. It has no moving parts and an entirely sealed system, this should mean that the only maintenance necessary would be keeping the unit clean.
[via DVICE]