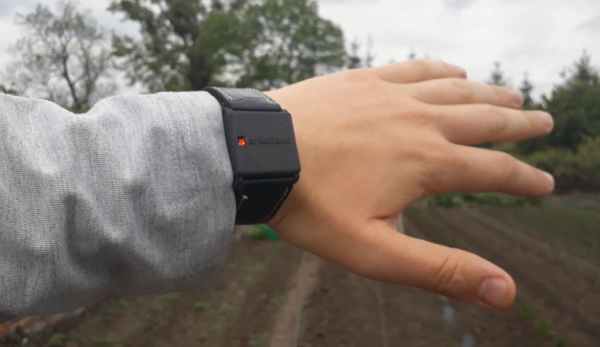 Let’s face it, we probably all sit at our computers for way too long without getting up. Yes, there’s work to be done, games to be played, and the internet abounds with people who are wrong and must be down-voted and/or corrected. We totally get and respect all that. However, if you want to maintain your middle- and long-range vision, you should really get up regularly and gaze out the window for a bit. 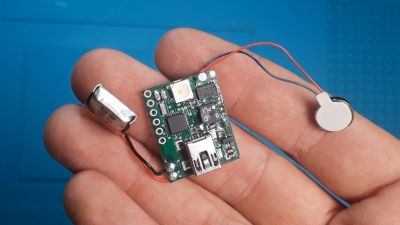 In fact, the Arduband does you one better. Its Arduino Nano and accelerometer check your position every ten minutes. If you haven’t changed your Z by the third check, then it’s time for a break. The combination of an RGB LED, buzzer, and vibrating disc motor working together should be enough to pull you out of any computerized stupor, and they won’t give up and go back to sleep until you have stood up and remained upright for one minute.

We like that [ardutronics123] spun up a board and made it small enough to be wrist-mounted using a watch strap. It would work just as well worn around your neck, and would probably even fit in your pocket. Blink a few times before you check out the build video after the break.

Arduband would be great on the go, but who does that anymore? If you spend every day at the same desk, you could point a time-of-flight sensor at your chair and start a timer.

END_OF_DOCUMENT_TOKEN_TO_BE_REPLACED 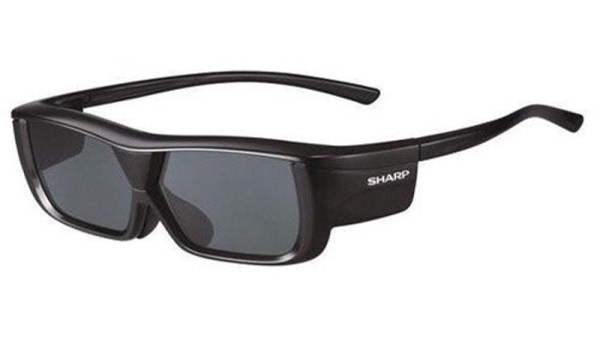 There are some projects that are so simple they require very little description, and [Bobricius’s] automatic sunglasses definitely fit into that category. Their story starts with the fad for 3D displays a few years ago, a resurfacing of the movie business’s periodic flirtation with the third dimension in the hope of using the gimmick to bring in more moviegoers. There was a time when you could hardly encounter a new TV or graphics card without it coming with a pair of cheap plastic glasses with LCD panels instead of lenses that would alternately shutter the view for each eye to create the 3D illusion.

Of course, once everyone had seen the film with the blue aliens and tried a few other titles on their new toy, they grew tired of headaches, nausea, and half-brightness. The glasses gathered dust, and the fancy 3D telly never ventured beyond two dimensions again. Except for [Bobricius’s] glasses, that is, for he’s levered out the 3D driver electronics and replaced them with a tiny SOIC-8 solar cell. Light hits the cell, the LCD gets a charge and darkens, no light and they remain transparent. Similar to welding goggles — though they usually use a battery. It’s unclear whether they can get a little too dark on a really bright day and whether they are something akin to [Zaphod Beeblebrox]’s peril-sensitive sunglasses, but we really applaud the idea. They are so simple that this Hackaday write-up is probably longer than their write-up, but they remain a neatly executed idea and we like that.

You can, of course, use a battery, or achieve the same effect by more complex means. But if the [Beeblebrox] glasses are closer to your requirements, we’ve got that covered too.