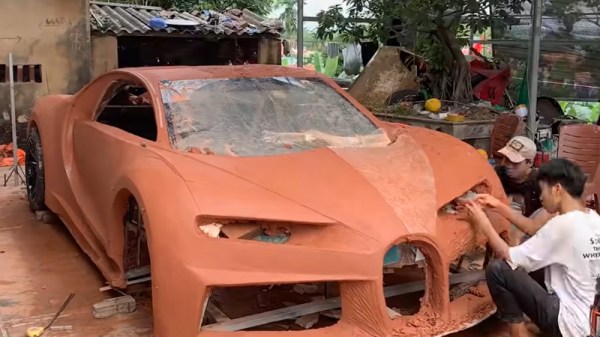 There are many of us who might have toyed with the idea of building a car, indeed perhaps more than a few readers might even have taken to the road in a machine of their own creation. Perhaps it was a design of your own, or maybe a kit car. We think that very few of you will have gone as far as [Vũ Văn Nam] and his friends in Vietnam. In their latest video they compress a year’s work into 47 minutes as they craft a beautifully built replica of a Bugatti supercar. If you haven’t got a few million dollars but you’ve got the time, this is the video for you.

The skill involved in making a scratch-built car is impressive enough, but where there guys take it to the next level is in their clay modeling to create the moulds for the fibreglass bodywork. Taking their local clay and a steel frame, they carefully hand-sculpt the car with the skill of an Italian master stylist, before clothing it in fibreglass and removing the clay. The resulting fibreglass shell can be used to make the finished bodywork, which they do with an exceptional attention to detail. It might be a steel-tube home-made spaceframe with a wheezy 4-cylinder Toyota engine behind the driver instead of a 1000 HP powerhouse, but it surely looks the part!

Looking at the construction we’re guessing it wouldn’t pass an Individual Vehicle Approval test for roadworthiness where this is being written, but at the same time it wouldn’t be impossible to incorporate the extra work as this is a proper road-going car. The video is below the break, and though the few pieces of dialogue in it are in Vietnamese you probably won’t need to turn on the auto-translate to follow it.

This isn’t their first fake supercar, there’s already a Ferrari in this particular stable. Meanwhile if you’re of a mind to make a car, consider the world’s most hackable vehicle.

END_OF_DOCUMENT_TOKEN_TO_BE_REPLACED 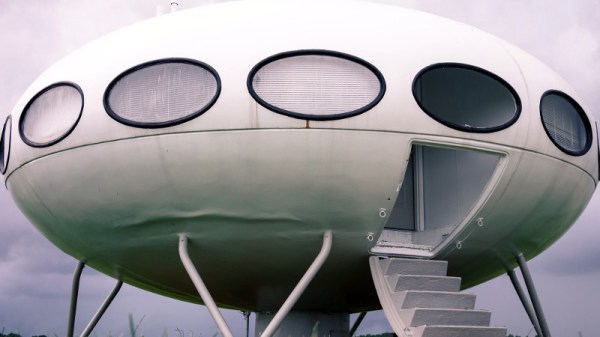 Futurism is dead. At least, the wildly optimistic technology-based futurism of the middle years of the 20th century has been replaced in our version of their future by a much more pessimistic model of environmental challenges and economic woes. No longer will our flying cars take us from our space-age wonder-homes to the monorail which will whisk us through sparkling-clean cities to our robotised workplaces, instead while we may have a global computer network and voice controlled assistants we still live in much the same outdated style as we did decades ago. Our houses are made from wood and bricks by blokes with shovels rather than prefabricated by robots and delivered in minutes, and our furniture would be as familiar to a person from the 1950s as it is for us.

A Plastic Future That Never Quite Happened

There was a time when the future of housing looked remarkably different. Just as today we are busily experimenting with new materials and techniques in the type of stories we feature on Hackaday, in the 1950s there was a fascinating new material for engineers and architects to work with in the form of plastics. The Second World War had spawned a huge industry that needed to be repurposed for peacetime production, so almost everything was considered for the plastic treatment, including houses. It seemed a natural progression that our 21st century houses would be space-age pods rather than the pitched-roof houses inherited from the previous century, so what better way could there be to make them than using the new wonder material? A variety of plastic house designs emerged during that period which remain icons to this day, but here we are five or six decades later and we still don’t live in them. To find out why, it’s worth a look at some of them, partly as a fascinating glimpse of what might have been, but mostly to examine them with the benefit of hindsight.

END_OF_DOCUMENT_TOKEN_TO_BE_REPLACED 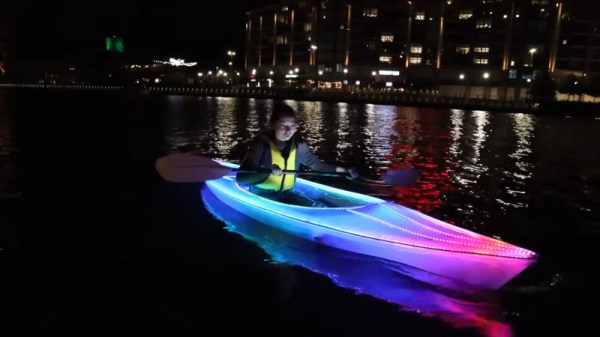