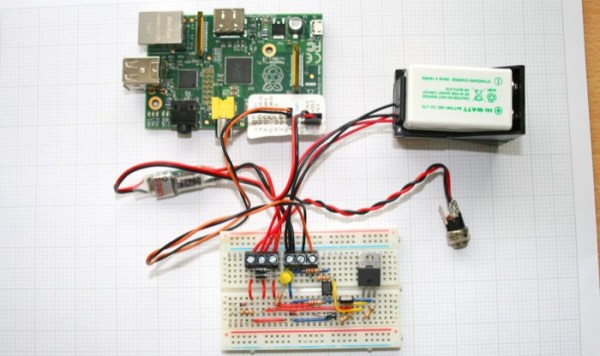 [Q] is an Electrical Engineer who works in an industrial setting. He frequently uses Programmable Logic Controllers at work but had never built one himself. He decided to undertake the project at home and managed to build a PLC that outputs 120V AC or 12 V DC and has optoisolated inputs.

On the circuit board you’ll find an ATmega8 and an EEPROM for extra data storage. Six outputs are controlled by relays since they are able to output either alternating or direct current. There are eight inputs which use optical isolators as buffers to protect the microcontroller.

So what did he end up using this for? It was part of his Christmas light setup last year. The image above shows the PLC in a water-tight electrical box with extension cords running to each of the devices he wishes to control. The example code is what he used on the X-mas setup, but it should be enough of a guide to program this to work with just about any application.

[Josh] sent in a home automation project he did a little while ago. It has a total of eight switched outlets. The main focus of the project was WAP access for remote control from any cellphone. The control box is based on a design by [Ashley Roll] for controlling eight servos using a PIC microcontroller. A listener app written in Java monitors the control web page and sends signals to the board via serial port. He used opto-isolated 240V solid state relays for each of the outlets. All the pieces are available on the site and he might even do a custom control board design if there is enough interest.