Although it isn’t that uncommon to have broadband radio coverage in a single device, going from 0 Hz to 1000 GHz with one antenna and receiver is a bit much. But not for the US Army it seems, because they’ve developed a quantum sensor that can cover that range.

The technology uses Rydberg atoms, which are atoms with a highly excited valence electron. They’ve been used for a variety of sensing applications before, such as reading the cosmic microwave background radiation. However, until the Army’s work there has been no quantitative analysis of using them for wide-spectrum communications.

END_OF_DOCUMENT_TOKEN_TO_BE_REPLACED 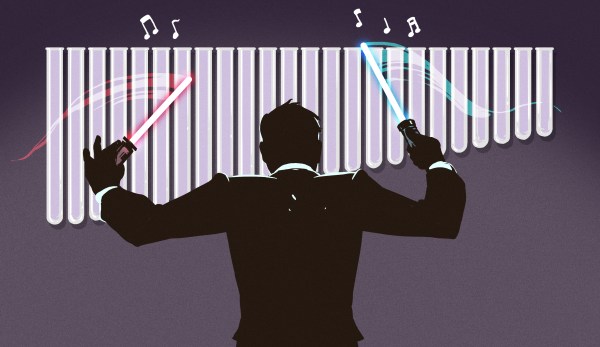 The basic technology of radio hasn’t changed much since an Italian marquis first blasted telegraph messages across the Atlantic using a souped-up spark plug and a couple of coils of wire. Then as now, receiving radio waves relies on antennas of just the right shape and size to use the energy in the radio waves to induce a current that can be amplified, filtered, and demodulated, and changed into an audio waveform.

That basic equation may be set to change soon, though, as direct receivers made from an exotic phase of matter are developed and commercialized. Atomic radio, which does not rely on the trappings of traditional radio receivers, is poised to open a new window on the RF spectrum, one that is less subject to interference, takes up less space, and has much broader bandwidth than current receiver technologies. And surprisingly, it relies on just a small cloud of gas and a couple of lasers to work.