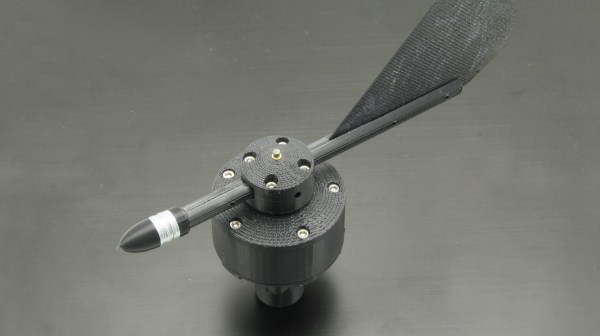 Have you ever wondered how an electronic wind vane translates a direction into a unique signal? It seems as though it might be very complicated, and indeed some of them are. [martinm] over at yoctopuce.com has an excellent writeup about measuring wind direction using just a single, easily printed disk and some phototransistors.

Commercial weather vanes often use complicated multi-tracked disks with magnets and reed switches, conductive traces and brushes, or some other means of getting a fine resolution. Unfortunately some of these are prone to wear or are otherwise more complicated than they need to be.

What makes [martinm]’s solution unique is that they have applied previous research on the subject to a simple and durable 3d printed wind vane that looks like it’ll be able to handle whatever global warming can throw at it. The encoder’s simplicity means that it could likely be used in a large number of applications where low resolution position sensing is more than enough- the definition of a great hack!

Adding more tracks or even more disks would enable higher resolution, but the 12 degree resolution seems quite good for the purpose. Such a neat wind vane design will surely be welcome if you want to 3d print your own weather station. Thanks to [Adrian] for the great tip! 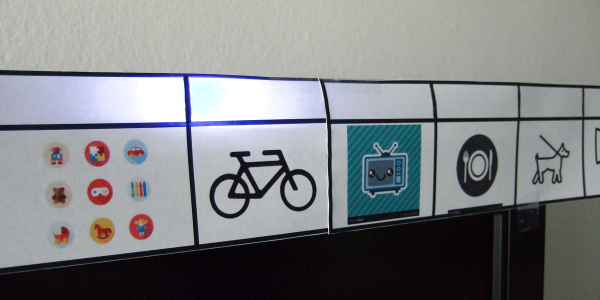 END_OF_DOCUMENT_TOKEN_TO_BE_REPLACED

So last week [Caleb] posted an article about hacking a floating LED ball.  In response, here’s a couple simple LED hacks or repurposings that I’ve come up with recently.

LED Solar Glow Cube: If you’ve ever seen path lights lighting up people’s gardens or walkways you may have wondered what components they had in them and how they could be repurposed.  As shown in this article, there’s not much too them other than a circuit board, rechargeable battery, and, of course, a solar panel. Combine this with some leftover foam with a hole in it, and you have the device pictured above.  Really simple, but the results are pretty cool as seen in the video after the break.

LED Nunchucks: If you thought that wheel lights were only for actual wheels, than you haven’t seen these nunchucks built with some PVC pipe and acceleration-sensitive wheel lights. This may not be much of a “hack” in that they are quite easy to build, but the results are pretty neat, being fun to sling around or even for use in long-exposure photography.  Check out the videos after the break of these nunchucks in action and of some LED light paintings that can be made with them. END_OF_DOCUMENT_TOKEN_TO_BE_REPLACED