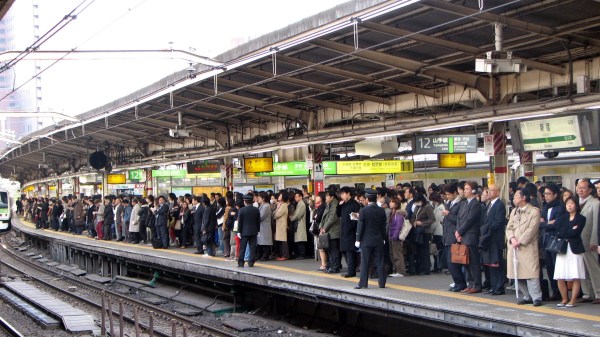 END_OF_DOCUMENT_TOKEN_TO_BE_REPLACED

How many people liked your last tweet? Oh yeah? Didja get any retweets? Was it enough to satisfy your need for acceptance, or were you disappointed by the Twitterverse’s reaction?

If you couldn’t see the number of likes, retweets, or followers you had, would you still even use Twitter?

[Ben Grosser] wants to know. He’s trying to see if people will look their relationship with social media squarely in the eye and think honestly about how it affects them. After all, social media itself isn’t the bad guy here—we are all responsible for our own actions and reactions. He’s created a browser extension that demetricates Twitter by removing any bluebird-generated quantifier on the page. It works for tweets, retweets, and the number of tweets playing the trending tag game. Numbers inside of tweets and on user profiles aren’t hidden, however, so you’ll still be able to see, for example, tweets containing Prince lyrics.

The Twitter Demetricator is available as a Chrome extension, and as a userscript for Tampermonkey for the other browsers people actually use (read: no IE support). Here’s what we want to know: Can he gamify it? Can he make a game out of weaning ourselves off of these meaningless metrics and inflated sense of self and FOMO and whatever marketing guff they come up with next to describe the modern human condition? We’re getting low on dopamine over here.

This isn’t [Ben]’s first foray into the social aspects of social media. We covered his Facebook demetricator way back in ’12.

END_OF_DOCUMENT_TOKEN_TO_BE_REPLACED

For one reason or another, Twitter has become the modern zeitgeist, chronicling the latest fashions, news, gossip, and irrelevant content that sends us spiraling towards an inevitable existential ennui. This is a Twitter mood light. It tells you what everyone else on the planet is feeling. You, of course, feel nothing. Because of the ennui.

[Connor] decided it would be a good idea to audit the world’s collective mood using experimental social analytics. He’s doing that by watching millions of tweets a day and checking them against hundreds of keywords for several emotions. These emotions are graphed in real time, placed on a server, correlated and corroborated, and downloaded by a moodLight. Inside the moodLight, the emotions are translated into colors, and displayed with the help of a few RGB LEDs.

The moodLight is currently a Kickstarter campaign, with a $30 pledge getting you an assembled board with an ATMega328, an ESP8266, a few RGB LEDs, and a laser cut enclosure. After it’s assembled, the moodLight connects automagically to the analytics server for a real-time display of the emotional state of the Twitterverse. The display is updated every second, making the backend of this build just slightly more impressive than Kickstarter itself. It’s great work from [Connor], and an interesting experiment in analyzing the state of the Internet.