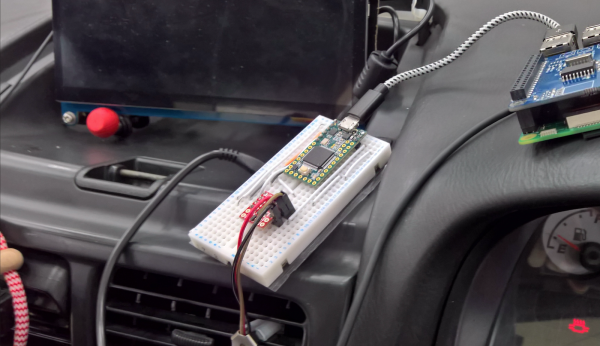 While cars are slowing becoming completely computer-controlled, road vehicles have been relying on computers since the 1970’s. The first automotive use of computers was in engine control units (ECUs) which came along as fuel injection systems started to replace carburetors.

[P1kachu]’s 1997 Subaru Impreza STi, like most cars of this vintage, uses an ECU and provides a diagnostic connector for external communications. [P1kachu]’s Subaru hacking project includes building a diagnostic interface device, dumping the ECU’s firmware, and reverse engineering the binary to understand and disable the speed limiter. If this looks familiar, it’s because we just covered the infotainment hacks in this car on Saturday. But he added information about the communications protocols is definitely worth another look.

This era of Subaru uses a non-standard diagnostics protocol called SSM1, which is essentially a 5 volt TTL serial line running at 1953 bits per second. The custom interface consists of a Teensy and a 3.3V to 5V level shifter. Once connected, commands can be sent directly to the ECU. Fortunately, the protocol has been quite well documented in the past. By issuing the “Read data from ECU address” command repeatedly, the full firmware can be dumped.

[P1kachu] goes on to locate the various engine tuning maps and discover the inner workings of the speed limiter. With cars getting more computerized, it’s nice to see folks are still able to tune their rides, even if it means using Teensys instead of wrenches. 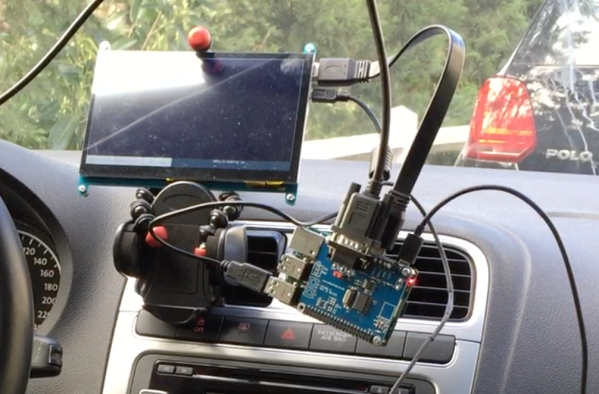 Part of the fun of watching action movies is imagining yourself as the main character, always going on exciting adventures and, of course, being accompanied by the perfect soundtrack to score the excitement and drama of your life. While having an orchestra follow you around might not always be practical, [P1kachu] at least figured out how to get some musical orchestration to sync up with how he drives his car, Fast-and-Furious style.

The idea is pretty straightforward: when [P1kachu] drives his car calmly and slowly, the music that the infotainment system plays is cool and reserved. But when he drops the hammer, the music changes to something more aggressive and in line with the new driving style. While first iterations of his project used the CAN bus, he moved to Japan and bought an old Subaru that doesn’t have CAN. The new project works on something similar called Subaru Select Monitor v1 (SSM1), but still gets the job done pretty well.

The hardware uses an Asus Tinkerboard and a Raspberry Pi with the 7″ screen, and a shield that can interface with CAN (and later with SSM1). The new music is selected by sensing pedal position, allowing him to more easily trigger the aggressive mode that his previous iterations did. Those were done using vehicle speed as a trigger, which proved to be ineffective at producing the desired results. Of course, there are many other things that you can do with CAN bus besides switching up the music in your car.