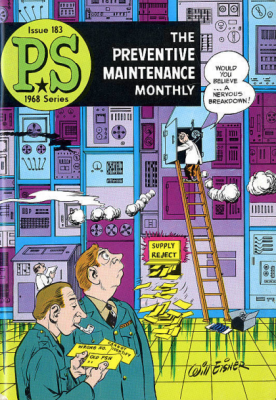 It’s hard to beat this vintage reel for learning about how vacuum tube amplifiers work. It was put together by the US Army in 1963 (if we’re reading the MCMLXIII in the title slide correctly). If you have a basic understanding of electronics you’ll appreciate at least the first half of the video, but even the most learned of radio enthusiasts will find something of interest as they make their way through the 30-minute presentation.

The instruction begins with a description of how a carbon microphone works, how that is fed to a transformer, and then into the amplifier. The first stage of the tube amp is a voltage amplifier and you’ll get a very thorough demo of the input voltage swing and how that affects the output. We really like it that the reel discusses getting data from the tube manual, but also shows how to measure cut-off and saturation voltage for yourself. From there it’s off to the races with the different tube applications used to make class A, B, and C amplifiers. This quickly moves onto a discussion of the pros and cons of each amplifier type. See for yourself after the jump.

END_OF_DOCUMENT_TOKEN_TO_BE_REPLACED We’re not sure if this is the first time, but here’s some pretty solid proof that Arduino has found its way into the weapons of war. The creators, [Derek Wales], [John Eischer], and [George Hopkins] are all Electronics Engineering majors at West Point. They came up with this idea after seeing video footage of a firefight in Afghanistan where combat soldiers were calling in artillery strikes using a compasses and GPS devices. It’s an all-in-one unit that can provide the same information quickly and accurately. The prototype above, which they call the DemonEye, contains a laser range finder, digital compass, and a GPS module. The article also states that it contains a mini-computer but we recognize that as an Arduino Mega (thanks to Miguel over at Areopago 21 for noticing this first and sending in the tip about it).

The prototype apparently comes in at $1000. Okay, it seems a bit high but not out of the ballpark. What we can’t understand is how the second generation of devices was billed out at $100,000 for five more units. What’s the going rate for laying out military-grade PCBs?