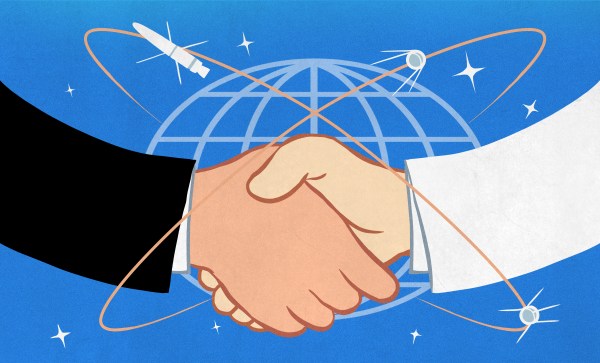 If you are a Steely Dan fan, you might know the Donald Fagen song, “IGY.” In it, Fagen sings about a rosy future with high-speed undersea rail, solar power, giant computers making life better, and spandex jackets. Since that song was on the 1982 album Nightfly, it is already too old for some people to remember, but the title goes back even further: the International Geophysical Year which was actually a little longer than a year in 1957 and 1958. The year was a concerted effort by 67 countries to further mankind’s knowledge of the Earth. It was successful,  and was big news in its day, although not much remembered now.

The real origin dates back to even earlier. In 1882 and 1932 there were International Polar Years dedicated to researching the polar regions of the Earth. In a way, it makes sense to do this. Why should 60 or more countries each mount difficult, dangerous, and expensive expeditions to such a hostile environment? However, instead of a third polar year, James Van Allen (who has a famous belt) and some other scientists felt that advances in many fields made it the right time to study geophysics. From the scientific point of view, the IGY coincided with the solar activity cycle maximum. But there were other forces at play, too.

END_OF_DOCUMENT_TOKEN_TO_BE_REPLACED

NASA spends a lot of time researching the Earth and its surrounding space environment. One particular feature of interest are the Van Allen belts, so much so that NASA built special probes to study them! They’ve now discovered a protective bubble they believe has been generated by human transmissions in the VLF range.

VLF transmissions cover the 3-30 kHz range, and thus bandwidth is highly limited. VLF hardware is primarily used to communicate with submarines, often to remind them that, yes, everything is still fine and there’s no need to launch the nukes yet.  It’s also used for navigation and broadcasting time signals.

It seems that this human transmission has created a barrier of sorts in the atmosphere that protects it against radiation from space. Interestingly, the outward edge of this “VLF Bubble” seems to correspond very closely with the innermost edge of the Van Allen belts caused by Earth’s magnetic field. What’s more, the inner limit of the Van Allan belts now appears to be much farther away from the Earth’s surface than it was in the 1960s, which suggests that man-made VLF transmissions could be responsible for pushing the boundary outwards.