Like a lot of people, we’ve been pretty interested in TensorFlow, the Google neural network software. If you want to experiment with using it for speech recognition, you’ll want to check out [Silicon Valley Data Science’s] GitHub repository which promises you a fast setup for a speech recognition demo. It even covers which items you need to install if you are using a CUDA GPU to accelerate processing or if you aren’t.

Another interesting thing is the use of TensorBoard to visualize the resulting neural network. This tool offers up a page in your browser that lets you visualize what’s really going on inside the neural network. There’s also speech data in the repository, so it is practically a one-stop shop for getting started. If you haven’t seen TensorBoard in action, you might enjoy the video from Google, below.

END_OF_DOCUMENT_TOKEN_TO_BE_REPLACED

[Thomas] wanted to try baking some carbon fiber 3D printing filament because the vendor had promised higher strength and rigidity after the parts were annealed in the oven. Being of a scientific mindset, he did some controls and found that annealing parts printed with the carbon fiber-bearing filament didn’t benefit much from the treatment. However, parts printed with standard PLA became quite a bit stronger and more rigid.

The downside? The parts (regardless of material) tend to shrink a bit in the X and Y axis. They also tend to expand in the Z direction. However, the dimension changes were not that much. The test parts shrunk by about 5% and grew by 2%. He didn’t mention if this was repeatable, which is a shame because if it is repeatable, it isn’t a big deal to adjust part dimensions before printing. Of course, if it isn’t repeatable, it will be difficult to get a particular finished size after the annealing process.

END_OF_DOCUMENT_TOKEN_TO_BE_REPLACED

If you wanted to invoke American farming with colour, which colours would you pick? The chances are they would be the familiar green and yellow of a John Deere tractor. It’s a name that has been synonymous with US agriculture since the 1830s, when the blacksmith whose name appears on the tractors produced his first steel plough blade. The words “American icon” are thrown around for many things, but in the case of John Deere there are few modern brands with as much history to back up their claim to it.

A trip across the prairies then is to drive past Deere products in use from most of the last century. They will still supply parts for machines they made before WW2, and farmers will remain loyal to the brand throughout their lives.

Well… That used to be the case.  In recent years a new Deere has had all its parts locked down by DRM, such that all maintenance tasks on the tractors must be performed by Deere mechanics with the appropriate software. If your tractor breaks in the field you can fit a new part as you always have done, but if it’s a Deere it then won’t run until a Deere mechanic has had a look at it. As a result, Motherboard reports that American farmers are resorting to Ukrainian-sourced firmware updaters to hack their machines and allow them to continue working.  An icon of American farming finds itself tarnished in its heartland.

We’ve reported on the Deere DRM issue before, it seems that the newest development is a licence agreement from last October that prohibits all unauthorised repair work on the machines as well as insulating the manufacturer from legal action due to “crop loss, lost profits, loss of goodwill, loss of use of equipment … arising from the performance or non-performance of any aspect of the software”. This has sent the farmers running to illicit corners of the internet to spend their dollars on their own Deere electronic updating kits rather than on call-out fees for a Deere mechanic. Farmers have had centuries of being resourceful, this is simply the twenty-first century version of the hacks they might have performed decades ago with baler twine and old fertiliser sacks.

You might ask what the hack is here, as in reality they’re just buying a product online, and using it. But this is merely the latest act in a battle in one industry that could have ramifications for us all. Farmers are used to the model in which when they buy a machine they own it, and the Deere DRM is reshaping that relationship to one in which their ownership is on the manufacturer’s terms. How this plays out over the coming years, and how it affects Deere’s bottom line as farmers seek tractors they can still repair, will affect how other manufacturers of products non-farmers use consider DRM for their own business models.

Outside the window where this is being written is a Deere from the 1980s. It’s a reliable and very well-screwed-together tractor, though given the subject of this piece it may be our last green and yellow machine. Its dented badge makes a good metaphor for the way at least for us the brand has been devalued. 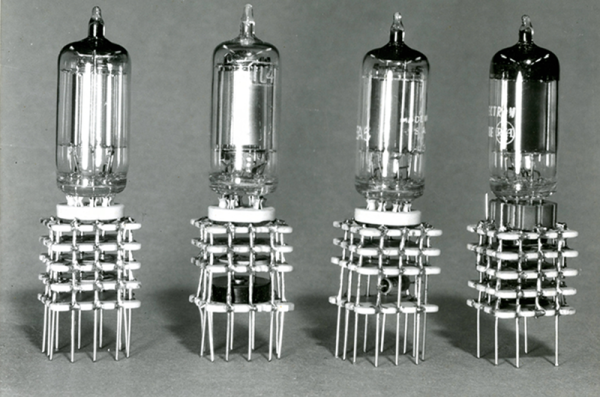 END_OF_DOCUMENT_TOKEN_TO_BE_REPLACED

Based on the existence of passive adapters that allow Magsafe 1 chargers to work with newer laptops, we’d assume that the older chargers are probably electrically similar to the newer models. That said, it’s not our gear and we’d definitely be checking first.

With that out of the way, it’s a simple enough modification — grind away the Magsafe 1’s magnet until it fits into a Magsafe 2 port. It really is that easy. The spring-loaded pins all seem to line up with the newer port’s pads. [Klakinoumi] reports it worked successfully in their tests with 2012, 2014 and 2015 Macbooks but that it should be attempted at your own risk — good advice, as laptops ain’t cheap.

When doing this mod, consider taking care not to overheat the connector during grinding. You could both melt plastic parts of the connector, or ruin the magnet by heating it past its Curie point.

Interested in the protocol Magsafe speaks over those little golden pins? Find out here.

Contributors are hired as private contractors and paid for each post. You should have the technical expertise to understand the projects you write about, and a passion for the wide range of topics we feature. If you’re interested, please email our jobs line, and include: