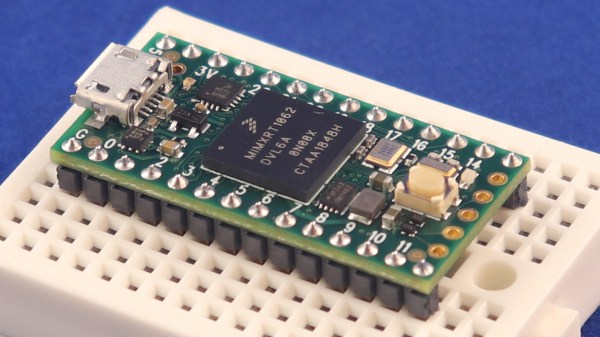 Paul Stoffregen did it again: the Teensy 4.0 has been released. The latest in the Teensy microcontroller development board line, the 4.0 returns to the smaller form-factor last seen with the 3.2, as opposed to the larger 3.5 and 3.6 boards.

Don’t let the smaller size fool you; the 4.0 is based on an ARM Cortex M7 running at 600 MHz (!), the fastest microcontroller you can get in 2019, and testing on real-world examples shows it executing code more than five times faster than the Teensy 3.6, and fifteen times faster than the Teensy 3.2. Of course, the new board is also packed with periperals, including two 480 Mbps USB ports, 3 digital audio interfaces, 3 CAN busses, and multiple SPI/I2C/serial interfaces backed with integrated FIFOs. Programming? Easy: there’s an add-on to the Arduino IDE called Teensyduino that “just works”. And it rings up at an MSRP of just $19.95; a welcomed price point, but not unexpected for a microcontroller breakout board.

The board launches today, but I had a chance to test drive a couple of them in one of the East Coast Hackaday labs over the past few days. So, let’s have a closer look.

END_OF_DOCUMENT_TOKEN_TO_BE_REPLACED 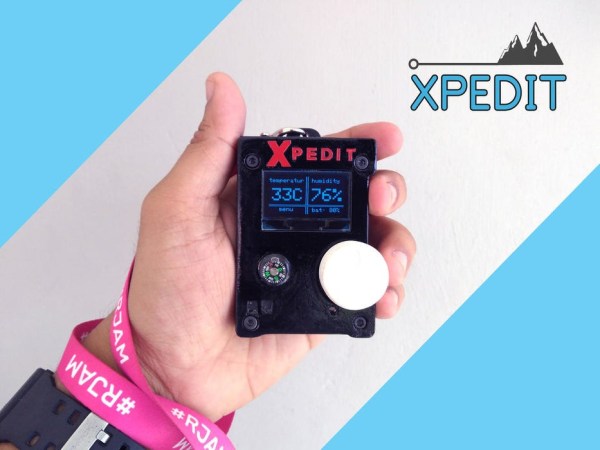 Whether you’re in the woods or way up a mountain, basic knowledge of your environment can yield a lot of power. The more you know about the temperature, humidity, barometric pressure, and your altitude, the easier it is to predict future weather and stick to your height limits. Sure, you could buy some pre-fab doohickey that does all of this, but why? [DIYMechanics] shows how easy it is to build your own pocket-sized weather station for under $20.

Xpedit’s brain is an ATMega328 running on a 20MHz crystal heartbeat. The atmospheric readings come from a BME280, a nifty all-in-one module that’s available for pennies on Ali. The rotary encoder handles user inputs, and the simple interface displays on an OLED. There’s even a tiny compass embedded in the 3D printed case.

We really like the custom alarm feature, which can buzz you via vibe motor if you’ve climbed too high, or the pressure is dropping. [DIYMechanics] has Xpedit completely open-sourced, so trek on down to the GitHub for the latest Eagles, Gerbers, and INOs. Don’t have a USBtiny ISP yet? He’s got the plans for that, too.

Maybe you’re the indoorsy type who’d rather read about mountainous jungle adventures than experience them firsthand. Add some weather-driven ambiance to your book nook by hacking an IKEA cloud lamp. 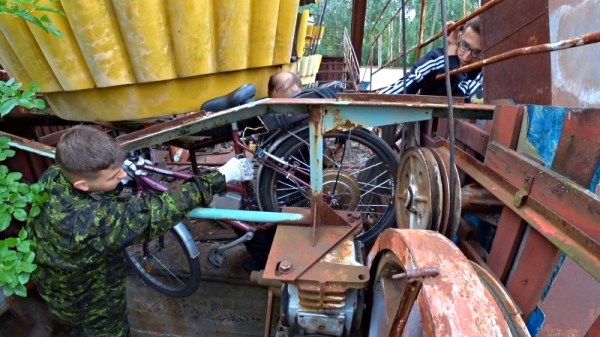 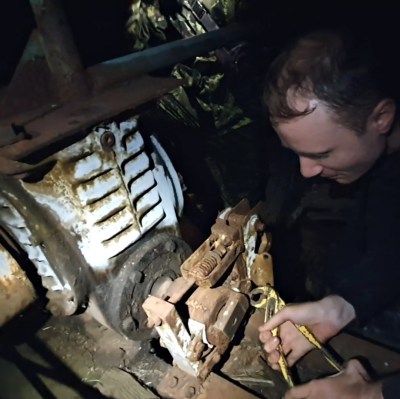