To be clear the new Jetson Nano 2GB is not a new device, it’s essentially just a cost optimized version of the hardware that was released back in 2019. It’s still the same size, draws the same amount of power, and has the exact same Maxwell GPU. In broad terms, it’s a drop-in replacement for the more expensive Nano. In fact, it’s so similar that you might not even be able to tell the difference between the two models at first. Especially since the biggest change isn’t visible: as the name implies, the new model only has two gigabytes of RAM compared to four in the original Nano.

The board has lost a few ports as part of the effort to get it down to half the original price, however. The Nano 2GB drops the DisplayPort for HDMI (the previous version had both), deletes the second CSI camera connector, does away with the M.2 slot, and reduces the number of USB ports from four to three. Losing a USB port probably isn’t a deal breaker for most applications, but if you need high-speed data, it’s worth noting that only one of them is 3.0. Overall, it seems clear that NVIDIA took a close look at the sort of devices that folks were connecting to their Nano and adjusted the type and number of ports accordingly.

Of course, the 40 pin header on the side remains unchanged so the new board should remain pin-compatible with anything you’ve already built. The Gigabit Ethernet port is still there, but unfortunately wireless still didn’t make the cut this time around. So if you need WiFi for your project, count on one of those USB ports being permanently taken up with a dongle.

It’s not just slimmed down, but updated as well. The 2GB removes the old school DC barrel jack and replaces it with a USB-C port. On the original Nano you could run it off of the micro USB port for most tasks, but it was recommended to use a laptop style power supply if you were going to be pushing the hardware. Now you can just use a 15 watt USB-C power supply and be covered in all situations.

Since the hardware is nearly identical between the two versions of the Nano, there’s really no point running any new benchmarks on it. If your software worked on the $99 Nano, it will run just as well on the $59 one. Or at least, that’s the idea. In reality, having only half the available RAM might be a problem for some applications. 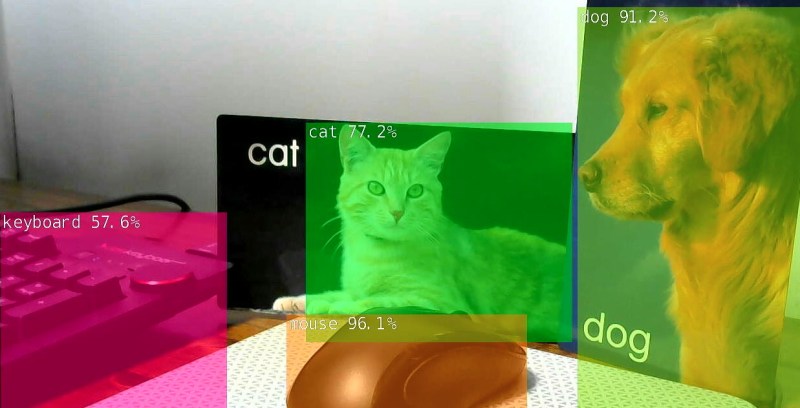 NVIDIA sent me a review unit so as a simple test, I ran the detectnet.py script that makes up part of NVIDIA’s AI training course on the live video from a Logitech C270 camera. While the Nano maintained a respectable 22 to 24 frames per second, the system ran out of RAM almost immediately and had to dip into swap to keep up. Naturally this is pretty problematic on an SD card, and certainly not something you’d want to do for any extended period of time unless you happen to own SanDisk stock.

To help combat this, NVIDIA recommends disabling the GUI on the Nano 2GB and running headless if you’re planning on doing any computationally intensive tasks. That should save you 200 to 300 MB of memory, but obviously isn’t going to work in all situations. It’s also a bit counter-intuitive considering the default Ubuntu 18.04 system image boots directly into a graphical environment. It’ll be interesting to see if some lightweight operating system choices are offered down the line to help address this issue.

Rise of the Machines

It’s probably not fair to call the Jetson Nano 2GB a direct competitor to the Raspberry Pi, but clearly NVIDIA wants to close the gap. While the lack of built-in WiFi and Bluetooth will likely give many makers pause, there’s no question that the Nano will run circles around the Pi 4 if you’re looking to experiment with things like computer vision. At $99 that might not have mattered for budget-conscious hardware hackers, but now that the Nano is essentially the same price as the mid-range Pi 4, it’s going to be a harder decision to make. 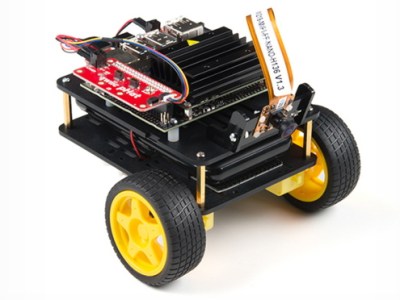 Especially since NVIDIA is using the release of the new board to help kick off the Jetson AI Certification Program. This free self-paced source is comprised of tutorials and video walkthroughs that cover everything from the fundamentals of training up to practical applications like collision avoidance and object following. To complete the Jetson AI Specialist course and be granted the certification, applicants will have to submit an open source project to NVIDIA’s Community Projects forum for review and approval.

If you wanted to get your feet wet with AI and machine learning, picking up a Jetson Nano at $99 was a great choice. Now that there’s a $59 version that includes access to a training and certification program, there’s barely even a choice left to make. Which in the end, is exactly what NVIDIA wants.

47 thoughts on “NVIDIA Announces $59 Jetson Nano 2GB, A Single Board Computer With Makers In Mind”