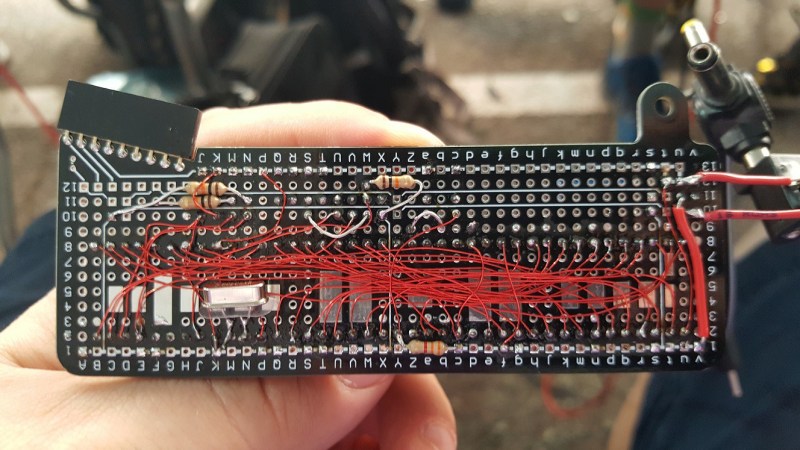 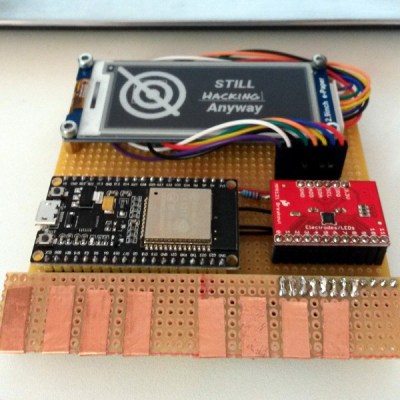 END_OF_DOCUMENT_TOKEN_TO_BE_REPLACED

Following up on their post about the new Defcon 17 badges, Wired recently posted some of the best badge hacks of the con. Among the hacks featured were an LED frequency meter hack, a sound seeking dirigible powered by three badges, and a wireless geiger counter random number generator that sent random numbers back to a laptop equipped with a zigbee card. Probably one of the most impressive hacks mentioned, the hack that won the badge hacking contest, was the LED equipped baseball cap modeled above by [Joe Grand], Defcon’s defacto badge designer.

The hacked badge is connected to the cap by an ethernet cable, where the LEDs pulse on and off in order to defeat facial recognition systems. The cap’s designer told Wired that he initially designed the cap in order to sneak into [Grand]’s room to steal the über badges under his protection. Needless to say, the winner doesn’t have to worry about stealing the badges anymore as he was awarded his own über badge at the award ceremony. While we’re not completely sure who pulled off this awesome hack, we congratulate you and all of the participants of the badge hacking contest on your fantastic hacks.

Update: We’ve confirmed that the badge contest winner was in fact [Zoz Brooks], [Grand]’s co-star on the popular Discovery channel  show Prototype This. From all indications, his hack seems to be legitimate and not a clever idea, however we are still looking to confirm this. Also, even though Wired’s article stated that the dirigible was sound seeking, we have confirmed that it is sound avoiding. Thank’s to everyone in the comments for pointing these things out.