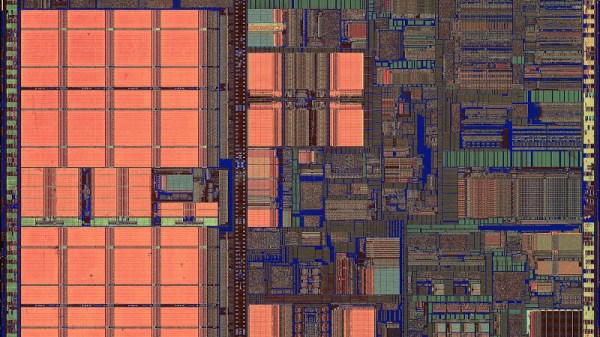 [Kratz] just turned into a rock hound and has a bunch of rocks from Montana that need tumbling. This requires a rock tumbler, and why build a rock tumbler when you can just rip apart an old inkjet printer? It’s one of those builds that document themselves, with the only other necessary parts being a Pizza Hut thermos from the 80s and a bunch of grit.

Boot a Raspberry Pi from a USB stick. You can’t actually do that. On every Raspberry Pi, there needs to be a boot partition on the SD card. However, there’s no limitation on where the OS resides,  and [Jonathan] has all the steps to replicate this build spelled out.

Some guys in Norway built a 3D printer controller based on the BeagleBone. The Replicape is now in its second hardware revision, and they’re doing some interesting things this time around. The stepper drivers are the ‘quiet’ Trinamic chips, and there’s support for inductive sensors, more fans, and servo control.

[Mowry] designed a synthesizer. This synth has four-voice polyphony, 12 waveforms, ADSR envelopes, a rudimentary sequencer, and fits inside an Altoids tin. The software is based on The Synth, but [Mowry] did come up with a pretty cool project here.

SLI, for those who don’t know, is the process of taking two Nvidia graphics cards and allowing them to work in parallel to render to a single monitor. In theory this doubles the power, getting more FPS for video games. Great right? Except due to encryption, only a limited amount of motherboards can actually support SLI.

That is, until now. Russian hackers at xDevs discovered that the newer encryption is based around string identifiers. This can be modified within the operating system itself, so in theory any motherboard could work. Be wary, this could brick your system; but if successful, you’ll have more power without shelling out for an officially SLI supported motherboard.