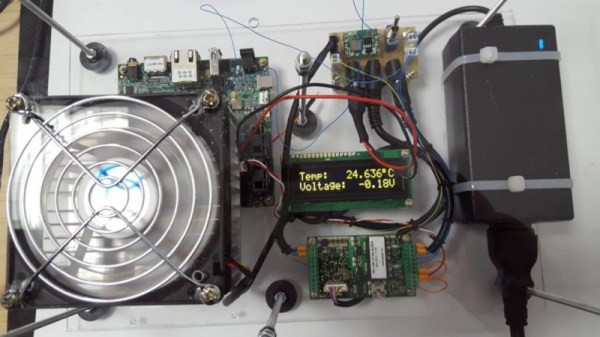 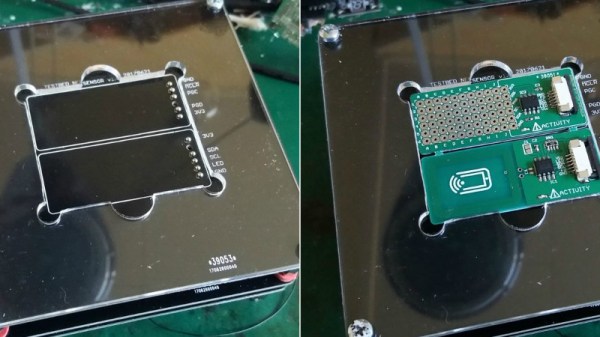 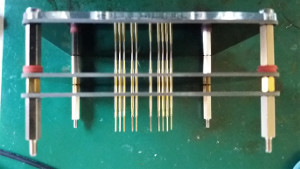 A few days ago, we mentioned the new ARM-powered Teensy 3.0 project on Kickstarter. The creator, [Paul Stoffregen], decided to share the trials of building a test fixture along with a shocking comparison of the accuracy of different PCB manufacturers in an update to his Kickstarter.

Because [Paul]’s Teensy 3.0 has more IO pins than should be possible on such a small board, the test fixture to verify if a board is defective or not is fairly complex. To test each board, a Teensy is placed on dozens of spring-loaded contacts arranged like a bed of nails. From there, another Teensy (this time a Teensy 2.0) performs a few tests by cycling through all the pins with several patterns.

Because the spring-loaded contacts require rather precise drill holes in the PCB of his test fixture, [Paul] thought it would be neat to compare the accuracy of several board houses. In the title pic for this post (click to embiggen), [Paul] demonstrates the capabilities of OSH Park, Seeed Studio, and iTead Studio. The lesson here is probably going with a US company if quality drill work is a necessary requirement of your next project.