Half of the Hackaday writing staff was at the Superconference this weekend, and our own Kerry Scharfglass took the opportunity to interview everyone. Meanwhile, Elliot wandered around the soldering irons just about two hours before the Badge Hacking Ceremony, collecting stories of projects that worked, and those that didn’t.

Put the two together, and you’ve got an audio collage that gives you a peek into at least one facet of Supercon life, and gives you a chance to put voices to the words you read here every day!

We’ll be back to our normal programming next week.

Tell us what you think about this episode in the comments!

END_OF_DOCUMENT_TOKEN_TO_BE_REPLACED

A few days ago, we posed a question to the Hackaday community. If you could ask the CEO of MakerBot a question, what would it be?

It’s an interesting proposition; there is no company serving the maker community – and those of us who refuse to call ourselves part of the maker community – more hated than MakerBot. They’ve patented ideas uploaded to Thingiverse. They’ve turned their back on the open hardware community they grew out of, They’re undercutting their own resellers, and by all accounts, they don’t know how to make a working extruder. MakerBot was the company that would show the world Open Hardware could be successful, but turned into a company that seemed to reject Open Hardware and Open Source more than any other.

Needless to say, the readers of Hackaday responded. Not with actual questions for the MakerBot CEO, mind you, but oh how you responded. This effort by MakerBot was likened to the hail Mary thrown by Radio Shack  a few years ago. We know how that turned out.

Nevertheless, questions were collected, The MakerBot CEO was interviewed by Lady Ada, and a summary compiled. You can check that interview, originally posted on the Adafruit blog, below.

END_OF_DOCUMENT_TOKEN_TO_BE_REPLACED 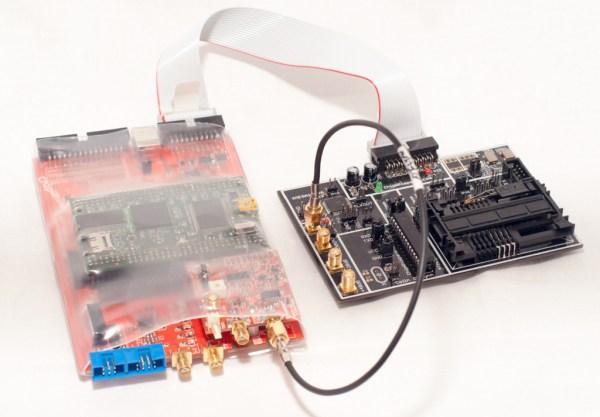 END_OF_DOCUMENT_TOKEN_TO_BE_REPLACED

There are some big hackerspaces out there.
And then there’s The Geek Group.
It takes a certain chutzpah to convert a 43,000 foot former YMCA into a hackerspace. And an epic hackerspace it is, complete with 5 axis CNC machines, 3d printers, and of course, giant robots romping through a forest of Tesla coils.  The Geek Group has performed live demos in front of thousands of people over the years, and inspired tens of thousands more via the internet. You don’t work this big without having some big adventures, and The Geek Group is no exception. They’ve been through roof leaks, gas pipe breaks, surprise tax bills and angry neighbors. They’ve also been dealing with their current adventure, fire.

Unless you’ve been under a rock the last few weeks, you’ve probably read about the recent fire, and ensuing cleanup at The Geek Group labs. We’ve covered the fire and its cause here on Hackaday, with no small amount of drama in our comments section. There is a small but vocal minority who don’t have many good things to say. Accusations of cults, safety violations, and tax evasion often fly. While some groups would take this lying down, the geek group put on their flame proof suits and wade through the comments. None more vocally than [Chris Boden], the president, CEO and founder.

DISCLAIMER: The interview contains questionable content and some profanity (which we’ve altered as grawlix). We have posted the transcript as it was captured, which includes some spelling and grammar issues. Please consider these things before clicking through to the interview itself.

END_OF_DOCUMENT_TOKEN_TO_BE_REPLACED

It seems [Andrew] is an up and coming historian for the world of 3D printing. We’ve seen him interview the creator of Slic3r, but this time around he’s headed over to Eindhoven, Netherlands to interview the community manager for Shapeways, [Bart Veldhuizen].

Unlike the RepRaps, Ultimkers, and Makerbots, Shapeways is an entirely different ecosystem of 3D printing. Instead of building a machine that requires many hours of tinkering, you can just upload a model and have a physical representation delivered to your door in a week. You can also upload objects for others to buy. Despite these competing philosophies, [Bart] doesn’t see Shapeways as encroaching on the homebrew 3D printers out there; they serve different markets, and competition is always good.

Unfortunately, [Andrew] wasn’t allowed to film on the Shapeways factory floor. Proprietary stuff and whatnot, as well as a few certain ‘key words’ that will speed your customer support request up to the top of the queue.

As for how Shapeways actually produces hundreds of objects a day, [Andrew] learned that individual orders are made in batches, with several customer’s parts made in a single run. While most of the parts made by Shapeways are manufactured in-house, they do outsource silver casting after making the preliminary positive mold.

As for the future, a lot of customers are asking about mixed media, with plastic/nylon combined with metal being at the top of the list. It’s difficult to say what the future of 3D printing will be, but [Bart] makes an allusion to cell phones from 10 years ago. In 2003, nobody had smartphones, and now we have an always-on wireless Internet connection in our pockets. Given the same rate of technological progress, we can’t wait to see what 3D printing will be like in 10 years, either.

Any time a media outlet or conference wants an expert on 3D printing there are two people to turn to. The most famous is [Bre Pettis] of MakerBot. The other is an awesome guy named [Prusa], designer of the most popular RepRap and possibly the most popular 3D printer of all time. He’s been putting his fame to use by interviewing all the big names in 3D printing and putting them all up on his YouTube account.

First up is [Kliment], RepRap core dev and creator of the Sprinter firmware and Pronterface host.

[Ruben Lubbes], RepRap community guru, tells [Prusa] about his collection of RepRap parts from famous RepRappers. It sound like a quite interesting collection that’s probably very valuable from a historical perspective. Who knows, in a few years it could be as interesting as [Gutenberg]’s first printing press or [Tim Berners-Lee]’s NEXT cube.

Next up is [Tonokip]. He developed the original Tonokip firmware, the firmware that all major RepRap firmwares are based on.

[Prusa] also interviewed [Jordan Miller] a.k.a. [jmil] of the Philly hackerspace Hive76 and the University of Pennsylvania. He made his name in the RepRap community for 3D bio printing.

Wrapping up the most interesting people, there’s also an interview with [Sound], developer of the Slic3r firmware. We’ve seen an interview of [Sound] before, and this interview continues the earlier one by talking about multiple extruders and how awesome the RepRap community is.

Lastly, and unfortunately, is a short video of [Prusa] interviewing me at the world Maker Faire last September. [Prusa] is a huge fan of Hackaday, so this interview is just two guys being star struck at each other.

Actually, the 2012 World Maker Faire had the largest number of current and former Hackaday alumni in one place ever. A group interview of  [Ian] (now of Dangerous Prototypes), [Phillip Torrone] (Adafruit), [Phil Burgess] (Adafruit), current Hackaday boss man [Caleb] and myself would have been awesome. We’ll try harder next year.

You can check out the good videos after the break.