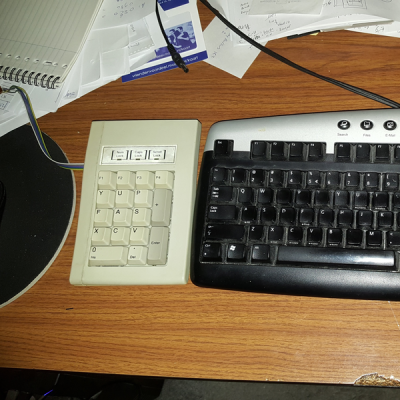 Well this is something we haven’t seen before. An 8-bit style video wall made from 160 RGB illuminated gaming keyboards.

On display at the PAX East gaming expo, the keys on 160 Logitech keyboards make up the “pixels” of a video wall showing a short film inspired from side-scroller video games. It’s the work of the production company iam8bit. Details on the system are scant, but we can learn a little from close observation of the video.

END_OF_DOCUMENT_TOKEN_TO_BE_REPLACED 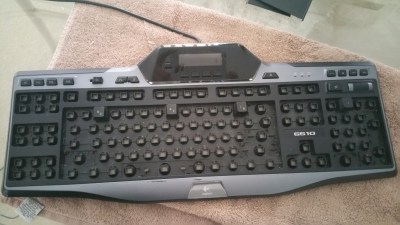 END_OF_DOCUMENT_TOKEN_TO_BE_REPLACED

When [Tom] got tired of the large size of his Microsoft Comfort Curve 2000 keyboard, he decided to hack a recently acquired Apple Adjustable Keyboard for use with Windows. After removing the ancient ADB based control board from the Apple keyboard, he was able to map the keys and transplant the Microsoft keyboard’s USB control board into the Apple keyboard. After soldering the control board into the keyboard with old IDE cables, all that was left was to add some diodes to prevent ghost key presses, and the keyboard hack was complete. [Tom] offers a spreadsheet of the results of his key mapping on his site, and while you’re there be sure to check out his other projects, like his DIY Proton Pack that he made for Halloween last year.