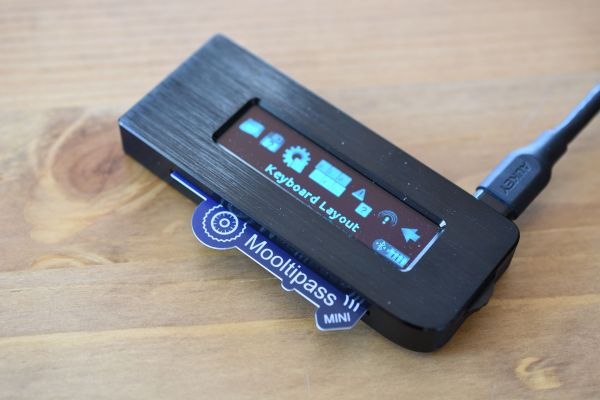 END_OF_DOCUMENT_TOKEN_TO_BE_REPLACED

Unless you’re one of the cool people who uses the same password everywhere, you might be in need of a hardware device that keeps your usernames and passwords handy. The Passkeeper is a hardware password storage system built on a Raspberry Pi. It encrypts your passwords, and only through the magic of a special key fob will you ever get your passwords out of this device.

The hardware for this device is built around the Raspberry Pi Zero. You might be questioning the use of a Pi Zero, but given that it’s an entire Linux system for just a few bucks, it only makes sense. The rest of the hardware is a tiny OLED SPI display, an RFID card reader, a few LEDs, some wire, and some solder. A 3D printed case keeps everything together.

Of course, this build is all about the software, and for that, the Passkeeper device is built in Go, with a system that builds a web interface, builds the firmware, and writes everything to an SD card. Usage is simply plugging the Passkeeper into the USB port of your computer where it presents itself as a network interface. Everything is available by pinging an IP address, and after that the web UI will log your usernames and passwords. All this data is encrypted, and can only be unlocked if an RFID key fob is present. It’s an interesting idea and certinaly inexpensive. It’s not quite as polished as something like the Mooltipass, but if you have a Pi around and don’t have a password keeper, this is something to build this weekend.

END_OF_DOCUMENT_TOKEN_TO_BE_REPLACED 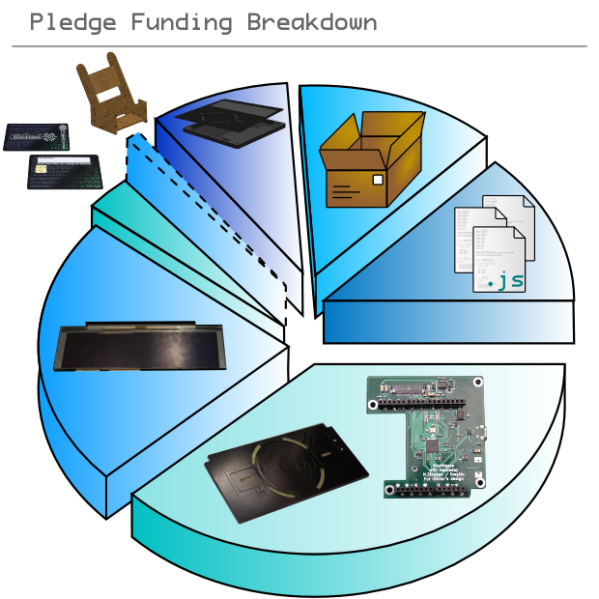 Around 500 awesome people backed the Mooltipass offline password keeper crowdfunding campaign, raising a total of $50k in less than a week… which is nearly half our goal.

The development team and I would therefore like to thank our readers for their support. We were featured by several electronics websites, which definitely helped spreading the world of open source security devices. Many interesting discussions spawned in either our comments section or official Google Group. One new contributor even started looking into implementing TOTP on the Mooltipass.

Another hot topic was a possible smaller and more powerful Mooltipass v2, implementing other functionalities like U2F and encrypted file storage. You may therefore wonder why we didn’t start with it… the reason is simple: limited resources. Our project is made by (great) non-remunerated contributors who took a lot of their spare time to work on the Mooltipass v1. We therefore preferred working on something we’d be sure we could deliver rather than wasting $4M by making promises. We therefore hope that our crowdfunding campaign might allow an even bigger collaboration around a Mooltipass v2! 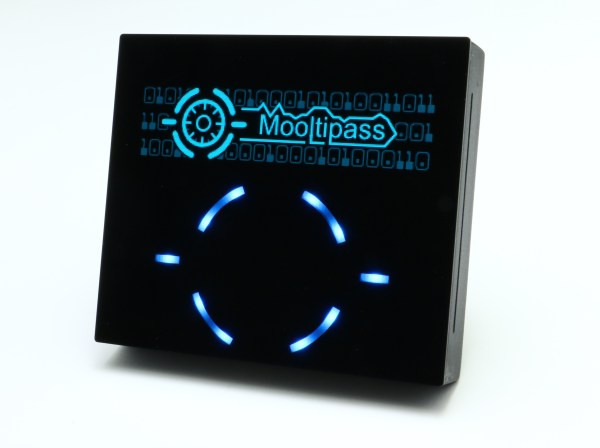 For a little less than a year open source enthusiasts from all over the globe got together to work on an open source offline password keeper. We narrated our progress here on Hackaday and always asked our readers’ opinion when critical decisions were to be made.

Today, the wait is finally over: the Mooltipass crowdfunding campaign finally arrived.

In some of our Developed on Hackaday series posts we noticed that it was tricky for us to convey the benefits of the device we were developing. The first 3 minutes of our video therefore explain good security practices and how the Mooltipass can help users with their credentials security. For our readers that may not have followed our adventure since its beginning, the campaign’s text will provide them with a simple (yet detailed) explanation of what the Mooltipass can do. Finally, our geeky readers will find at the end of our write-up a few links supporting our claims. We would have liked offering cheaper pledges but we unfortunately need to hire professional javascript developers to finish our app & extension.

Our Mooltipass Developed on Hackaday series therefore come to an end. We would like to thank you for your support and hope that you enjoyed seeing an idea materialize into a crowdfunding-ready product!

In one month the Mooltipass offline password keeper project will be one year old.

We hope that our twice a month Developed on Hackaday series posts allowed our dear readers to see what are the steps involved in a device’s life, going from idea to prototype to crowdfunding-ready product. The Mooltipass is the fruit of a unique world-wide collaboration around open source, developed by and for security minded people who (for most of them) never saw each other. Relating our progress here enabled us to benefit from our readers’ feedback and make sure that we didn’t miss important wanted features. Contrary to other campaigns that we often debunk on Hackaday, we preferred to wait until we had a beta-tester approved device to move to the crowdfunding stage. Our geekiest readers will therefore find the launch date embedded in this post, other may want to subscribe to our official Google group to stay updated.

In a few weeks the Hackaday community offline password keeper will reach a crowdfunding platform. This is a necessary step as only a high production volume will allow our $80 early bird perk target. We’ll therefore need you to spread the word.

Thanks to the Chromium development team, a few days ago the Mooltipass installation process became as simple as installing our app & extension. As you may remember, our device is enumerated as composite HID proprietary / HID standard keyboard. This makes it completely driverless for all operating systems and enables standalone operation as the Mooltipass can type logins and passwords selected through its user interface. Management communications are therefore done through the Mooltipass HID proprietary interface, which Chrome 38 now natively supports through its chrome.hid API. The simpler our installation process is, the more likely the final users will appreciate the fruit of our hard labor.

As our last post mentioned there’s still plenty of space for future contributors to implement new functionalities. Our future crowdfunding campaign will allow us to find javascript developers for the remaining app & extensions tasks and also implement other browsers support. Want to stay tuned of the Mooltipass launch date? Subscribe to our official Google Group!