If you’re building an electric car nowadays, you’re probably looking at taking a normal, gas-powered car and replacing the engine and transmission with an electric motor and batteries. [Gahaar] thought this is a rather dumb idea; all the excesses of an internal combustion-powered car, such as exhaust, cooling, differential, and fuel storage is completely unnecessary. Building a new electric car from the frame up is a vastly more efficient means of having your own electric car. So that’s what he did.

[Gahaar] build his new chassis around a single box made of 3mm aluminum sheet. Attached to this box are two AC induction motors at the rear of the car, negating the need for a differential, with 45 lithium cells stuffed into the middle of the box. There’s no gearbox here, greatly reducing the complexity of the build, and with the batteries providing 145V and 100Ah, this simple car has more than enough power for a lot of fun.

The suspension and steering were taken from a wrecked car, in this case a Mazda MX5, or Miata for those of us in North America. The Miata suspension easily unbolts from the frame of the wrecked car, and with just a little bit of welding can easily be attached to the new electric chassis.

Even though [Gahaar]’s car is basically just a bit of aluminum, motors, suspension, and batteries, he’s getting some awesome performance out of it; he estimates a top speed of 100mph with about 60 miles per charge. It’s an awesome way to get around the farm, and with a custom fiberglass body, we can easily see this being one of the coolest electric vehicles ever made.

If you’re hoarding old electronics like us, there’s a good probability you have a decent amount of gold sitting around in cardboard boxes and storage containers. Everything from old PCI cards, IC pins, and even printers have a non-negligible amount of precious metals in them, but how do you actually process those parts and recover that gold? [Josehf] has a great tutorial for gold recovery up on Instructables for the process that netted him an ounce of gold for three months’ work.

After cutting up a few circuit boards to remove the precious gold-bearing parts, [Josehf] threw these parts into a mixture of muriatic acid and hydrogen peroxide. After a week, the acid darkened and the gold slowly flaked off into dust. This gold dust was separated from the acid by passing it through a coffee filter and readied for melting into a single nugget.

Gold melts at 1064 ˚C, much hotter than what can be obtained by a simple propane torch. This melting point can be reduced by the addition of borax, allowing the simplest tools – a propane torch and a terra cotta crucible – to produce a small gold nugget.

For three months of collecting, stripping, and dissolving electronic parts, [Josehf] netted 576.5 grains of gold, or at current prices, about $1500 worth of the best conductor available. Not too bad, but not something we’d use as a retirement plan.

Thanks [Matthias] for sending this in.

This week we’re back with Hacker Crackdown: Part II! The caliber of last week’s comments was exceptional, but the level of participation planed off, and I’ll risk a guess: The Mentor’s Manifesto was more likely encountered as part of any given reader’s childhood—or, if not, easily skimmed at just over one page long—and therefore drew more interest. Crackdown, however, is perhaps less familiar. You also needed to read over 50 pages for last week (100 for this week). I list these things not as an apology or a rationalization, but as an attempt to better serve the community by providing accessible content. If you can’t commit to a lengthy reading, that shouldn’t exclude your participation.

This week, I’m adjusting the format to focus on key quotations from the text. Never even heard of Hacker Crackdown? No problem! Stick with us after the break where you’ll find all the relevant issues in a brief outline, then join us in our discussion!

END_OF_DOCUMENT_TOKEN_TO_BE_REPLACED 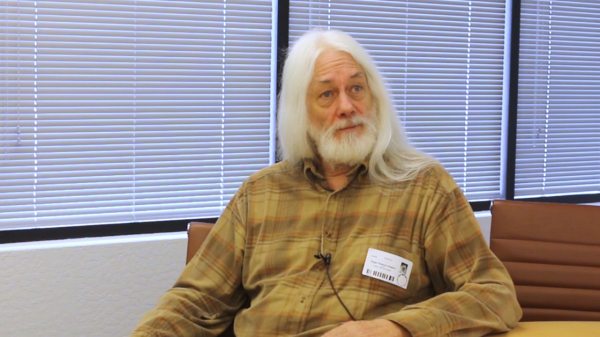 Hackaday had an amazing opportunity to sit down with [Ivan Godard] who discussed the Mill CPU development which his company — Out of the Box Computing —  has been working on for about a decade. The driving force behind Mill development is that optimizations to existing architectures can only get you so far. At some point you need to come up with a new processor that builds on success and failure of its predecessors.

Ivan’s team has put out several lecture videos linked from their site that dig really deep into the inner workings that give Mill an advantage over currently available chips. We covered one of them recently which prompted [Ivan] to reach out to us. But what if you aren’t working on your advanced degree in semiconductor design? Our interview certainly isn’t for the laymen, but any engineering enthusiast should find this a refreshing and delightful conversation. After the jump you can see the first two installments of the four part interview.

END_OF_DOCUMENT_TOKEN_TO_BE_REPLACED 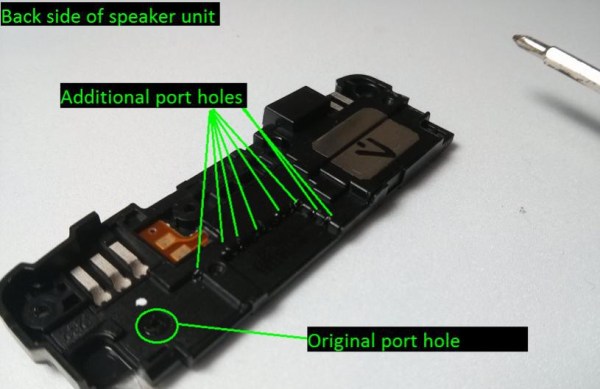 The much-anticipated Nexus 5 starting shipping out a few weeks ago, and like many new products, some people have received phones with manufacturer defects. This is always unfortunate, but [Adam Outler] over at the XDA Developer forums thinks he’s found a solution to one of the ailments — a low speaker volume fix!

[Adam] noticed that his phone wasn’t quite as loud as he was used to, so he decided to take it apart and see if there was something causing the muffled sound quality. He assumes glue seeped into part of the speaker where it’s not suppose to during assembly, and what he discovered was, you can increase the audio output by opening up the speaker chamber. He found you can easily port the speaker chamber by popping a few holes in it using a hot needle, which helps increase the volume of the phone. It’s not exactly a confirmed hack, but he will be featuring it on XDA-TV in a few weeks, and hopefully a few more cases pop up in order to evaluate the effectiveness of the hack — it might even help users whose phone isn’t unusually quiet!

Now, most people will just return the phone under warranty, which makes sense. But this is Hackaday and XDA we’re talking about. It’s probably less effort to just suck it up, and fix it ourselves. Who cares about warranties?