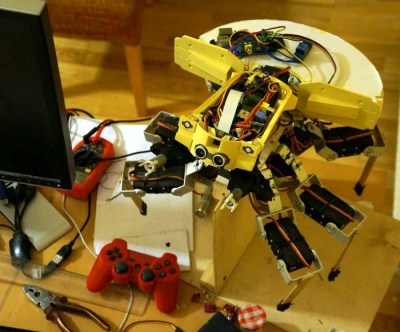 The tank uses custom software to handle gait control, and there is also a Unity 3D pipeline for modeling and playing back sequences of poses (animations) derived from a 3D model. The tank can be controlled via PS3 joystick, but it also has some degree of autonomy in that it can detect and track faces.

The information on the site doesn’t go too deeply into the nitty-gritty technical details, but there are plenty of excellent photos of the construction process.

This isn’t the first time someone has been inspired by Ghost in the Shell; we’ve also seen a working Tachikoma made with LEGO that drives and walks just like in the show.