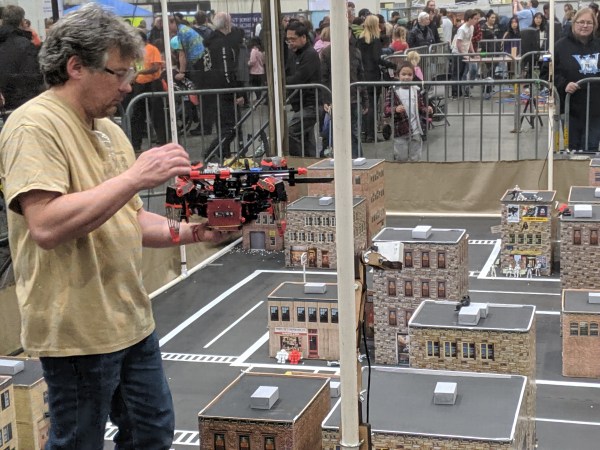 The sound a set of machined robot legs tapping on concrete make is remarkable. If for nothing more, the video after the break is worth watching just for this. It’s what caught my attention when I first wandered by the Mech Warfare area at Maker Faire, as one of the competitors had their bot out wandering around as a demo during the setup day.

Making sure the ammo is set to go

This is truly a hacker’s robotics competition. There are constraints, but there’s also a lot of room for freedom. Meet a dozen or so requirements and you be as creative as you want with the rest. My favorite part is that this is not a destructive event like many the battle-based robot TV shows that tend to turn my stomach. Instead, these robots each carry an electric AirSoft gun and seek to hit any of four target panels on their competitor’s robot. END_OF_DOCUMENT_TOKEN_TO_BE_REPLACED

If you’ve been keeping tabs on recent developments in robotics, you surely remember Handle — the awesome walking, wheeled robot from Boston Dynamics. There’s a good reason why such a combination is a good choice of locomotion for robots. Rolling on wheels is a good way to cover smooth terrain with high efficiency. But when you hit rocky patches or obstacles, using legs to negotiate these obstacles makes sense. But Handle isn’t the only one, nor is it the first.

[Radomir Dopieralski] has been building small robots for a while now, and is especially interested in how they move. He is sharing his experience while Experimenting with Wheeled Legs, with the eventual aim of “building an experimental walking+rolling robot, to more efficiently kill all humans and thus solve all the problems”. His pithy comments aside, investigating and experimenting with different forms of locomotion to understand which method is most efficient will pay rich dividends in the design of future robots.

During an earlier version of the Hackaday Prize, [Radomir] snagged a coupon for laser cutting services. He used it to build a new robot based on a fresh look at some of his earlier designs. This resulted in the Logicoma-kun — a functional model of a Logikoma (a logistics robot designed to be a fast all-terrain vehicle for transporting weapons and ammunition) from “Ghost in the Shell: Arise”. Along the way, he figured out how to save some servo channels. For gripping function, he needed to drive two servos in sync with each other, but in opposing directions. This would usually require two GPIO’s and a few extra lines of code. Instead, he dismantled a servo and reversed the motor AND the servo potentiometer connections.

But this is still early days for [Radomir]. He is fleshing out ideas, looking for feedback and discussions on robotic locomotion. This fits in perfectly with the “Design Your Concept” phase of the Hackaday Prize 2017. He has already made some progress on Logicoma-kum by having it move in either the wheeled or walking modes — check out the videos after the break.

END_OF_DOCUMENT_TOKEN_TO_BE_REPLACED

I start each day checking out the new and updated projects over on Hackaday.io. Each day one can find all manner of projects – from satellites to machine vision to rockets. One type of project which is always present are robots- robot arms, educational ‘bots, autonomous robots, and mobile robots. This week’s Hackaday.io had a few great robot projects show up on the “new and updated” page, so I’m using the Hacklet to take a closer look. 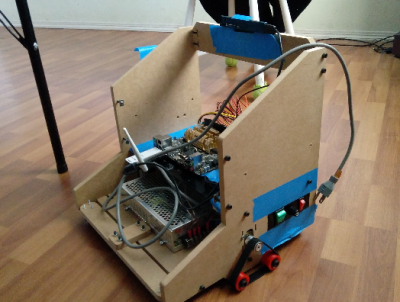 We start with [Jack Qiao] and Autonomous home robot that does things. [Jack] is building a robot that can navigate his home. He’s learned that just creating a robot that can get itself from point A to point B in the average home is a daunting task. To make this happen, he’s using the Simultaneous Localization and Mapping (SLAM) algorithm. He’s implementing SLAM with the help of Robotic Operating System (ROS).  The robot started out as a test mule tethered to a laptop. It’s evolved to a wooden base with a mini ITX motherboard. Mapping data comes in through a Kinect V2, which will soon be upgraded to a Neato XV-11 LIDAR system. 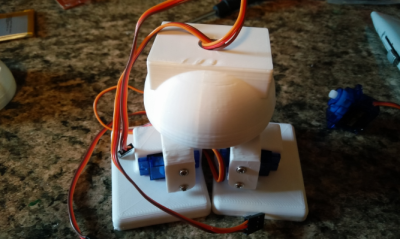 Next up is [Tyler Spadgenske] with TyroBot. TyroBot is a walking robot with some lofty goals, including walking a mile in a straight line without falling down. [Tyler’s] inspiration comes from robots such as Bob the Biped and Zowi. So far, TyroBot consists of legs and feet printed in PLA. [Tyler] is going to use a 32 bit processor for [TyroBot’s] brain, and wants to avoid the Arduino IDE at any cost (including writing his own IDE from scratch). This project is just getting started, so head on over to the project page and watch TyroBot’s progress! 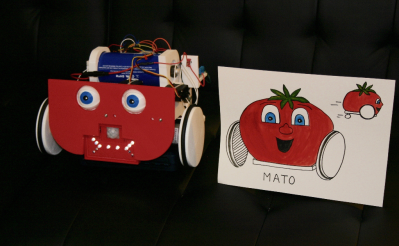 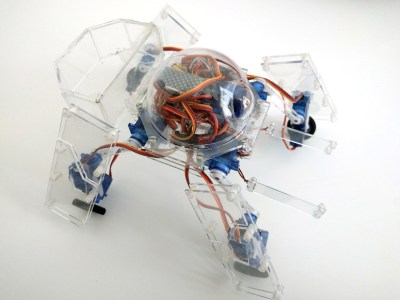 Finally we have the walking robot king, [Radomir Dopieralski], with Logicoma-kun. For the uninitiated, a Logicoma is a robot tank (or “logistics robot”) from the Ghost in the Shell series. [Radomir] decided to bring these cartoon tanks to life – at least in miniature. The bulk of Logicoma-kun is built carefully cut and sculpted acrylic sheet. Movement is via popular 9 gram servos found all over the internet. [Radomir] recently wrote an update outlining his new brain for Logicoma-kun. An Arduino Pro Mini will handle servo control. The main computer will be an ESP8266 running Micropython. I can’t wait to see this little ‘bot take its first steps.

If you want more robotic goodness, check out our brand new mobile robot list! Did I miss your project? Don’t be shy, just drop me a message on Hackaday.io. That’s it for this week’s Hacklet, As always, see you next week. Same hack time, same hack channel, bringing you the best of Hackaday.io!

END_OF_DOCUMENT_TOKEN_TO_BE_REPLACED END_OF_DOCUMENT_TOKEN_TO_BE_REPLACED

The Laughing Man is the antagonist from the anime series Ghost in the Shell: Stand Alone Complex. During each of his public appearances in the series he manages to hack all video feeds/cyborg eyes in the vicinity to obscure his face with the logo above.

[Ben Kurtz] had been watching the series recently and realized he could put together a similar effect using Processing. The interesting bit, and what makes this more fun than a simple demo, is that he’s using the OpenCV library. OpenCV is a open source computer vision library. [Ben] uses it to handle the facial recognition in Processing and then apply the image.

It’s only 100 lines and we wonder what other fun tricks could be employed. Here’s a Hack a Day skull you can swap in for the logo.