Aircraft control interfaces can be divided into stick or yoke, with the stick being more popular for flight simulators. [Akaki Kuumeri] has been designing some ingenious 3D printed adaptors for game console controllers, and his latest build is a yoke adaptor for the PlayStation DualShock Controller.

Like his previous joystick/throttle combination, this yoke makes use of a series of ball and socket links to convert the yoke’s push/pull and rotation motion into the appropriate inputs on the controller’s thumbs sticks. All the components are 3D printed except for rubber bands to provide spring tension. On the sliding contact surfaces between the different components, [Akaki] specifically designed the parts to slide along the grain (layer lines) to allow for smooth motion without resorting to bearings.

If you want an absolute minimalist yoke, tape some potentiometers to a desk drawer. Or you can go to the other end of the scale and build a complete cockpit. With the arrival of Microsoft Flight Simulator 2020, we’ll be seeing a lot of controller builds.

The original Sony PlayStation came out just in time for CD piracy to really start taking off. Aware of this threat to sales, Sony engineers included a copy protection and region locking mechanism that placated executives and annoyed end-users alike. [MattKC] explores how this copy protection worked, and how you can burn your own modchip at home for just a few dollars.

Sony’s method of copy protection relied on steps taken during the manufacturing process, pressing a special groove into the game media that regular CD burners couldn’t replicate, a topic our own [Drew Littrell] has covered in depth. This groove contained a four letter code that could be read by the console, corresponding to the region in which the game was sold. The console would read this groove on startup, and check that the code in the game matched the code in the console before booting. Modchips circumvent this by injecting a spoof code into the console that matches the local region, regardless of what is read off the disc. This has the effect of both allowing users to run bootleg CD-Rs, homebrew code, as well as games from other regions.

Today, we’re blessed with the Internet and cheap hardware. As [MattKC] demonstrates, it’s no longer necessary to mail-order a chip from a dodgy ad in the back of a games magazine; instead, one can download source code and flash it to a commodity PIC microcontroller for just a few bucks. With the chip soldered in to the relevant points of the PS1’s motherboard, you’re good to go.

As far as console modding goes, the PS1 is a great platform to start with — simple to work on, and also the best selling console of all time, so the stakes are low if you mess up. Video after the break. END_OF_DOCUMENT_TOKEN_TO_BE_REPLACED

Every so often, console manufacturers release a crystal edition of their hardware that never really lives up to the hype. The manufacturing realities of producing optically clear plastic mean the expense is rarely justified, even for a special edition. Instead, we get hazy, smoky translucent cases that are comparatively underwhelming. Here to rectify that, [BitHead1000] delivers on a properly transparent PlayStation2.

While the title calls it a Glass PS2, the cutting tools used and the labels on the material make it pretty clear (pun intended) that this build uses acrylic. Regardless, it’s an attractive material all on its own, and much more suited for such a build. To get the best possible visual effect, the internal shielding is removed and tossed in the bin, with plastic standoffs used to hold things in place instead. The case is then assembled around the components, giving an unparalleled view of the hardware inside.

It’s undeniably cool to watch the optical drive doing its thing inside the case when it’s switched on, and a few internal LEDs only add to the spectacle. We’ve seen [BitHead1000] pull off other casemodding feats, too, such as the fire breathing N64. Video after the break.

END_OF_DOCUMENT_TOKEN_TO_BE_REPLACED 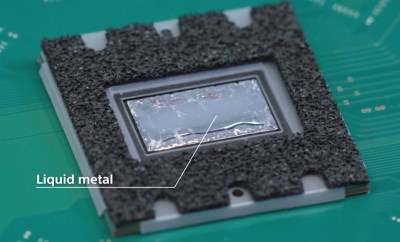 Between this and the recent PS4 assembly line tour, it’s refreshing to see a company like Sony be a bit more transparent. After years of adversarial treatment from the tech giants, we’d almost forgotten that the customer is supposed to be king. END_OF_DOCUMENT_TOKEN_TO_BE_REPLACED

END_OF_DOCUMENT_TOKEN_TO_BE_REPLACED

It’s not yet a fully-polished piece of code, and [CTurt] notes that additional work may be required to get the exploit working on all firmware versions of the console. Regardless, it’s as simple a hack as you could possibly ask for – burn the disc, and away you go! It reminds us fondly of the Sega Saturn hack exploiting the MJPEG interface. Video after the break. END_OF_DOCUMENT_TOKEN_TO_BE_REPLACED

If you are interested in such things, you can buy a 1990s Sony Play Station via Heritage Auctions. We’re sure this will have caught your interest, after all it’s not every day you get the chance to catch such a machine. But before you call us out for seemingly reporting the news of an unremarkable sale featuring the runaway success story of 1990s gaming, take a look at the first sentence again. This is not a PlayStation, the ubiquitous grey console of the 1990s, but a Play Station, said as two words rather than one. This ill-fated collaboration between Sony and Nintendo was intended to be an SNES with a CD-ROM drive, but the project faltered and all that remained was the almost mythical tale of a few prototype consoles.

So far there has only been one of these devices that has surfaced, and this is the machine in the auction. So what seemed as though it might be a mundane console turns out to be one of the rarest machines ever created, a true Holy Grail of console collecting.

This machine has a known provenance, and has appeared on these pages before. In 2016 Ben Heck did a teardown to reveal the combination of Sony CD drive and SNES motherboard, and by 2017 he had it working with some homebrew games. There was no official software produced for this console, so it seems the lucky purchaser may have only homebrew games with which to try their console.

At the time of writing the auction is standing at $57,600, and we’d expect this to increase significantly. So you may not have the chance to own the Play Station, but with such a rare machine it’s always worth noting its appearances. It’s also worth remembering that there was more than one of them produced, in fact when your scribe was working in the same industry in the 1990s a senior colleague talked about having been shown one during dealings with Nintendo UK a few years earlier. The machine on sale today may be the only one we know to have survived, but it’s a fair possibility that there are others still gathering dust in long-forgotten archive boxes or collections of gaming hardware junk. Keep an eye out, you might just find your own rarest console ever produced!