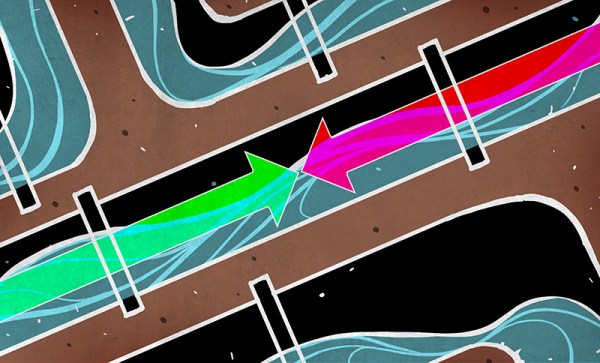 We are all used to turning on the faucet and having clean, drinkable water on demand. But think about what happens afterwards in your home: that water is used to wash dishes or water lawns and many other uses that render it undrinkable. What stops this nasty water from flowing back into your pipes and out of your kitchen faucet? A backflow preventer. This simple, but vital, part of your plumbing turns your water pipes into one-way systems that give out clean, drinkable water. This isn’t just about making your water taste nice: backflow preventers protect your water supply from things like brain-eating amoeba and E Coli that could kill.

END_OF_DOCUMENT_TOKEN_TO_BE_REPLACED Ever wonder how they capture seemingly perfectly timed photographs of water droplets? Most of the time it’s done by using an optointerrupter whereby it detects the droplet falling and then triggers a light source a few milliseconds later with your camera ready and waiting.

This is typically done with something called an air gap flash, which is usually rather expensive or difficult to make, but [Michal’s] figured out another easier way suitable for some applications — using an array of LEDs to illuminate the scene.

He’s got a IR diode, a photo-resistor, a few spacers, some plastic and  a bunch of hot glue to make up his optointerrupter. When the droplet passes through the IR beam it breaks the signal from the photo-resistor which then triggers his ATmega48P. It waits 80 milliseconds (he timed it out) and then turns on the LEDs for approximately 50 microseconds. Meanwhile his camera is watching the whole event with a shutter-speed of a few seconds.

This works because LEDs have rise and fall times that are much shorter than a traditional camera flash — normal flashes light up for 1-2 milliseconds, as opposed to this 50 microsecond LED flash. Just take a look at some of the pictures!

END_OF_DOCUMENT_TOKEN_TO_BE_REPLACED Did you know that a standard camera flash is much too slow to capture high quality images of bullets? A relatively long flash duration results in blurred images of the bullet. By building this air gap flash a bullet can be frozen in mid-air, producing some stunning results. There is an element of danger here, and not from the bullet. This flash uses a 35,000 volt capacitor to produce the mini-bolt of lightning which serves as the light source. The unit can be built for a few hundred dollars, which sounds like a heck of a deal if commercial models really do start at $8k and go up from there.

Now that the photographer has a super-fast flash, a camera axe takes care of the timing… which is everything.