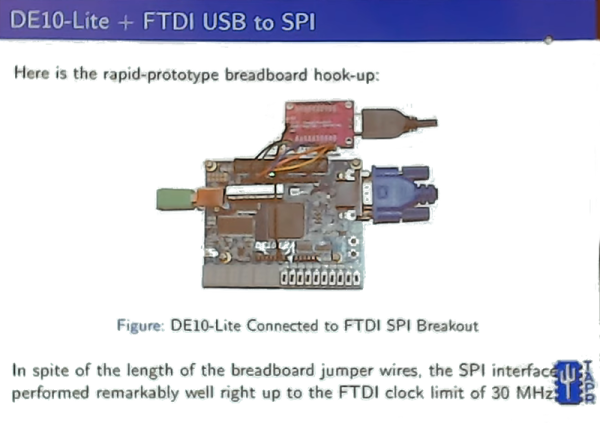 [KF5N] admits he’s not a digital design engineer; he’s more into the analog RF side of things. But he’s recently taken on a project to communicate between a Ubuntu box and an Intel MAX10 FPGA. He did a presentation at a recent ham radio convention about what he’d learned and how you could get started.

The video talks a lot about the Intel (used to be Altera). However, the nearly 40 minute video after the break isn’t a step-by-step tutorial so even if you are interested in other devices, you’ll probably enjoy watching it. If you’ve programmed even one FPGA, this video likely won’t hold your interest — you aren’t the target audience. However, at about 00:31 he does recommend some books and some very inexpensive FPGA boards, so it’s not a total wash.

[KF5N] talks about what an FPGA is and how it’s different from a microcontroller. He also recommends Cornell’s [Bruce Land’s] course materials. He wasn’t a big fan of the online courses he tried. Of course, since he’s using an Intel chip, he also recommended the Intel courses. A lot of the video covers how to save on getting a development board. The Cornell class calls for a $250 board that is pretty powerful. That’s also pretty expensive, so he recommends a lighter version for about $85.

We didn’t notice him mentioning our own FPGA bootcamp, although he did mention projects on Hackaday.io. If you want to see a similar video but with open source tools, [David Williams] did a talk at Superconference that gives the same kind of overview but with Yosys and other related tools.

END_OF_DOCUMENT_TOKEN_TO_BE_REPLACED

Last time I talked about how I took the open source Verifla logic analyzer and modified it to have some extra features. As promised, this time I want to show it in action, so you can incorporate it into your own designs. The original code didn’t actually capture your data. Instead, it created a Verilog simulation that would produce identical outputs to your FPGA. If you were trying to do some black box simulation, that probably makes sense. I just wanted to view data, so I created a simple C program that generates a VCD file you can read with common tools like gtkwave. It is all on GitHub along with the original files, even though some of those are not updated to match the new code (notably, the PDF document and the examples).

If you have enough pins, of course, you can use an external logic analyzer. If you have enough free space on the FPGA, you could put something like SUMP or SUMP2 in your design which would be very flexible. However, since these analyzers are made to be configurable from the host computer, they probably have a lot of circuitry that will compete with yours for FPGA space. You configure Verifla at compile time which is not as convenient but lets it have a smaller footprint.

END_OF_DOCUMENT_TOKEN_TO_BE_REPLACED 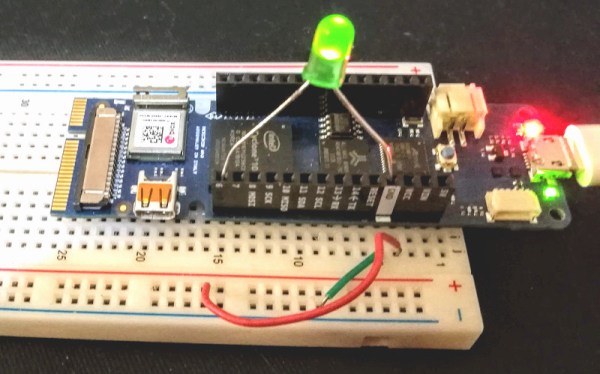 All of the tools you need to work with the FPGA Arduino — the Vidor — are now in the wild!

We reported earlier that a series of French blog posts finally showed how all the pieces fit together to program the FPGA on the Arduino MKR4000 Vidor board. Of course, I wasn’t content to just read the Google translation, I had to break out the board and try myself.

I created a very simple starter template, a tool in C to do the bitstream conversion, required, and bundled it all together in one place. Here’s how you can use my starter kit to do your own FPGA designs using the Vidor. I’m going to assume you know about FPGA basics and Verilog. If you don’t, why not check out the FPGA boot camps first?

The first thing you’ll want to do is grab my GitHub repo. You’ll also need the Arduino IDE (a recent copy) and Intel’s Quartus software. Inside, you’ll find three directories, two of which contain slightly modified copies of original Arduino files. But before you start digging in, let’s get the high-level overview of the process.

END_OF_DOCUMENT_TOKEN_TO_BE_REPLACED 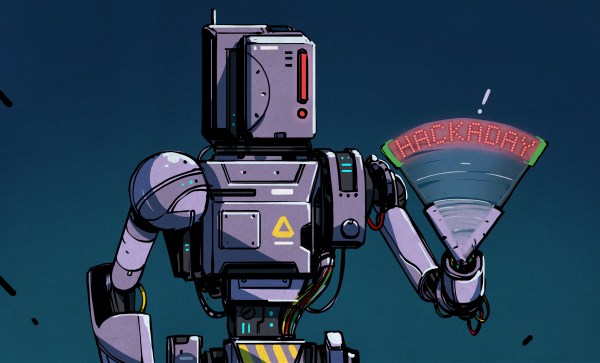 END_OF_DOCUMENT_TOKEN_TO_BE_REPLACED

Alorium rolled out a new product late last year that caught our attention. The Sno (pronounced like “snow”) board is a tiny footprint Arduino board that you can see in the video below. By itself that isn’t that interesting, but the Sno also has an Altera/Intel Max 10 FPGA onboard. If you aren’t an FPGA user, don’t tune out yet, though, because while you can customize the FPGA in several ways, you don’t have to.

Like Alorium’s XLR8 product, the FPGA comes with preprogrammed functions and a matching Arduino API to use them. In particular, there are modules to do analog to digital conversion, servo control, operate NeoPixels, and do floating point math.

END_OF_DOCUMENT_TOKEN_TO_BE_REPLACED

FPGAs can have a steep learning curve, so getting started tutorials are a popular topic. Intel recently published a video titled “Basics of Programmable Logic: FPGA Architecture” and you can see it below. Of course, Intel bought Altera, so the material has a bit of Altera/Intel flavor to it, but the course is generic enough that the concepts will apply to just about any FPGA.

Of course, if you do want to use Quartus, there are quite a few follow-on courses, including the wonderfully named “Become a [sic] FPGA Designer in 4 Hours.” We’d really like to see a sequel titled “Become a Proficient FPGA Designer in 9 Months” but Google didn’t turn that one up.

END_OF_DOCUMENT_TOKEN_TO_BE_REPLACED

We like cheap FPGA boards. It isn’t just that we’re cheap — although that’s probably true, too — but cheap boards are a good way to get people started on FPGAs and we think more people should be using FPGAs more often. One inexpensive board is the Max-1000 from Trenz and Arrow. At $29, it is practically an impulse buy. [ZipCPU] did a great write up on his experience using the board. He found that some of it was good, some was bad, and some was just plain ugly. Still, for $30, it seems like this might be a nice board for some applications or for getting started.

Billed an IoT Maker Board, the tiny board sports a Intel (formerly Altera) MAX10 device with 8,000 logic elements, a USB programming interface onboard, 8 MB of SDRAM, and both PMOD and Arduino MKR headers. The MAX10 has an analog to digital conversion block (with an analog mux for up to nine channels) and the ability to host a 32-bit soft controller onboard, too.