If you’ve just bought a car, no matter how good things look, it’s a good idea to go through things with a fine-tooth comb to make sure everything’s up to scratch. This can avoid expensive damage down the line, and is a great way to get your feet wet if you’re new to working on cars. Here’s a bunch of easy jobs you can tackle as a novice that will keep your ride in tip-top condition. END_OF_DOCUMENT_TOKEN_TO_BE_REPLACED 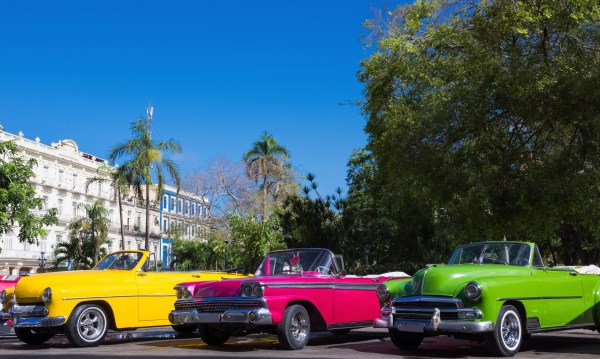 The spirit of hacking takes many forms. We cobble things together to make our lives easier, to prove that a drawing-board theory will work, or just to have fun and explore. For the people of Cuba, hacking is a necessity. This is especially true when it comes to getting around. Transportation has been a big problem for decades, especially in the major cities. But the resourcefulness of Cuba’s citizens has fueled a revolution of creativity that has sparked imaginations and kept people moving.

It is believed that Cuba has the world’s largest collection of classic American cars. There are approximately 60,000 of them on the road nationwide in various states of repair. Some are kept in pristine condition by card-carrying automobile club members who baby them and keep them as close to stock as possible. But most of these cars see daily use as cheap public taxis. They are not for-hire cabs that can be easily hailed from the sidewalk, though. They are designed to maximize utility and carry as many passengers as possible along fixed routes. Taking one of these taxis is expensive, but the alternative is waiting hours in the hot sun for an overcrowded bus.