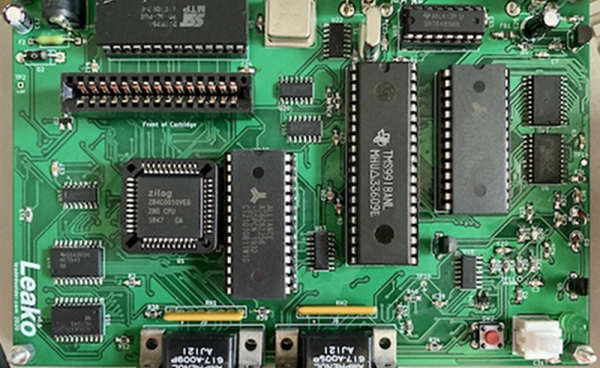 [Leaded Solder] found some ColecoVision game cartridges at a flea market, and like most of us would, thought, “I’ll build a ColecoVision console from scratch to play them!” Well, maybe most of us would think of that, but not actually do it. He did and you can read about the results in great detail since he wrote up two posts, one covering the design and one covering the construction.

The ColecoVision was a game console that famously could be expanded into a nice — for its day — personal computer. It even had a daisy wheel printer in that configuration. However, in either configuration, the game console was the brains of the operation. According to [Leaded Solder] the price of a unit in working order is high even though over 2 million were made because of several design problems that make them less likely to survive the decades. Rather than repair and modify an original unit, it was cheaper and much more educational to build new.

END_OF_DOCUMENT_TOKEN_TO_BE_REPLACED

If you were a child of the late 1970s or early 1980s, the chances are that your number one desire was to own a games console. The one to have was the Atari 2600, notwithstanding that dreadful E.T. game.

Of course, there were other consoles during that era. One of these also-ran products came from Coleco, a company that had started in the leather business but by the mid 1970s had diversified into handheld single-game consoles. Their ColecoVision console of 1982 sold well initially, but suffered badly in the video game crash of 1983. By 1985 it was gone, and though Coleco went on to have further success, by the end of the decade they too had faded away.

The Coleco story was not over though, because in 2005 the brand was relaunched by a successor company. Initially it appeared on an all-in-one retro console, and then on an abortive attempt to crowdfund a new console, the Coleco Chameleon. This campaign came to a halt after the Chameleon prototypes were shown to be not quite what they seemed by eagle-eyed onlookers. END_OF_DOCUMENT_TOKEN_TO_BE_REPLACED