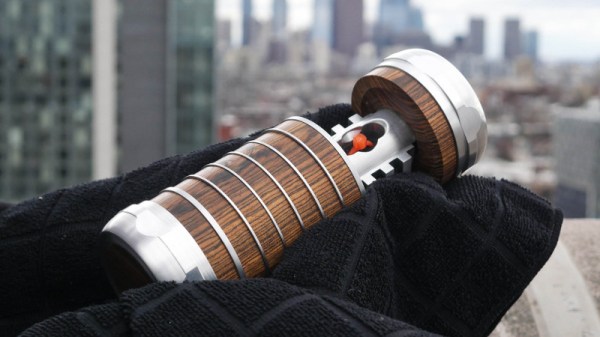 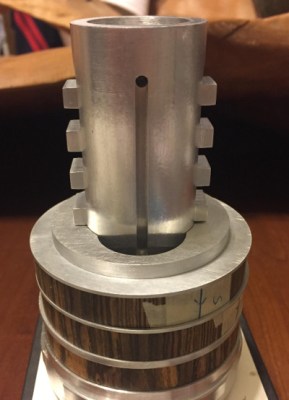 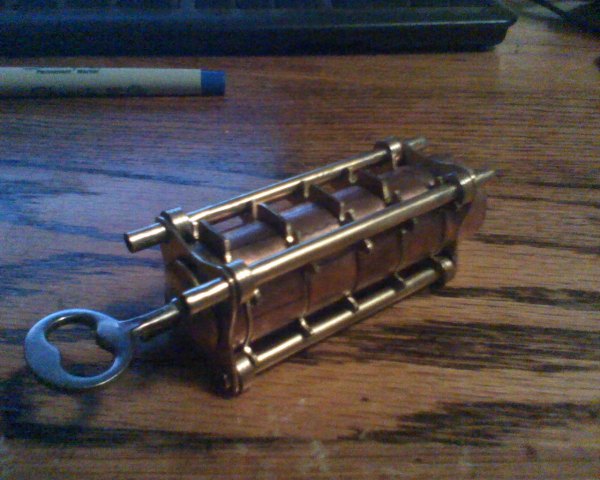 Worried about people snooping around your USB drive? Digital encryption not good enough for you? What you need is a USB Cryptex to secure the drive from even being accessed!

Made completely out of copper and brass, [Scots72] really put a lot of effort into this beautiful piece of metalworking. The USB drive itself is encased in epoxy inside of a copper tube — the rest is built around it. Built almost entirely using hand tools, and we can only imagine how long the process took to complete. But patience is often rewarded with results like these!

END_OF_DOCUMENT_TOKEN_TO_BE_REPLACED 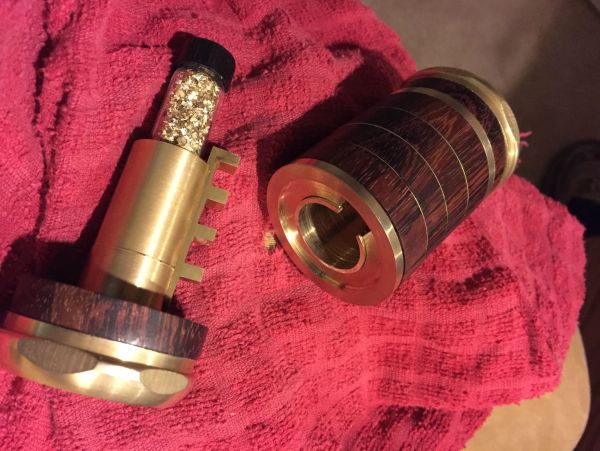 What makes this beautifully crafted, hand-made Da Vinci Cryptex even more impressive is that a high school student made it.

Shared with r/DIY a few days ago, the creator [SandNpolish] got tons of positive feedback — and so he should. Made out of solid brass and tigerwood, the level of detail he put into it is incredible. From the carved lions face on an antler bone, being used as an end cap for the cryptex, to the other end, a piece of Damascus steel. The whole thing is gorgeous. He made almost everything by hand, making use of a lathe to shape the cylinders, and a milling machine to notch the inner teeth of the lock. The entire gallery of images is a pleasure to scroll through to see the project from start to finish.

We’ve seen lots of cryptex combination locks over the years here at Hack a Day — from something as simple as a paper-craft cryptex, to one made out of PVC pipe, and of course, even a 3D printed one. But all of them seem to be missing the fun part — as portrayed in the Da Vinci Code — where’s the vinegar and papyrus damn it! 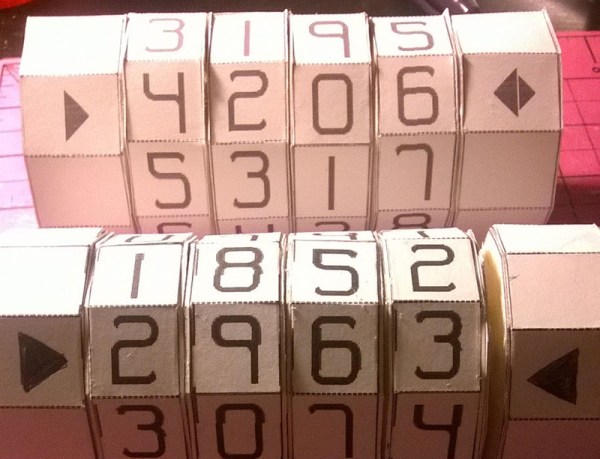 Most projects we feature are of the metal/wire/wood variety, but there is an entire community devoting to making very interesting and intricate things out of paper. Imgur user [Criand] has been hard at work on his own project made entirely out of paper, a combination lock that can hold a secret message (reddit post).

The motivation for the project was as a present for a significant other, wherein a message is hidden within a cryptex-like device and secured with a combination that is of significance to both of them. This is similar to how a combination bike lock works as well, where a series of tumblers lines up to allow a notched shaft to pass through. The only difference here is that the tiny parts that make up the lock are made out of paper instead of steel.

This project could also be used to gain a greater understanding of lock design and locksport, if you’ve ever been curious as to how this particular type of lock works, although this particular one could easily be defeated by a pair of scissors (but it could easily cover rock). If papercraft is more of your style though, we’ve also seen entire gyroscopes and strandbeests made of paper! 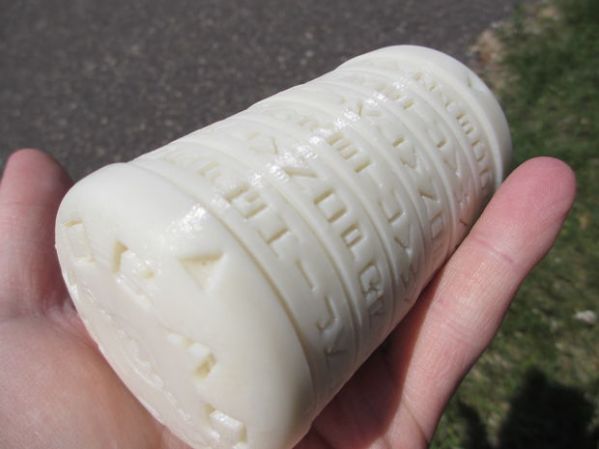 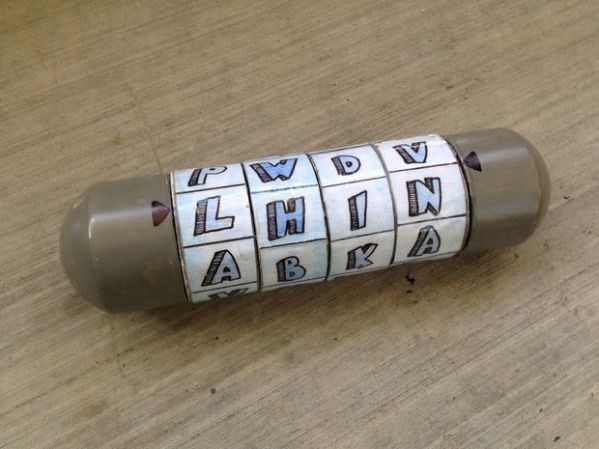 Apparently we’ve never shared a Cryptex before! Made popular (and coined) by the Da Vinci Code, a Cryptex is a combination style lock originally used to store secret messages. You can make your very own using a few pieces of PVC pipe, some epoxy, and nuts and bolts!

Cryptexes have a clever design that cannot really be lock picked, without simply breaking it. In [Dan Brown’s] novel, it was said that some Cryptexes stored a fragile vial of vinegar with the message written on papyrus — that way, if it was forcibly opened the vile would break, dissolving the thin papyrus note.

They work similar to a bicycle’s combination lock, where if the correct password is guessed, the tumblers inside align, allowing the two halves of the cylinder to come apart. It’s actually a very simple design on the inside, and the whole mechanism can easily be made by yourself with minimal tools.