In the realm of highly confidential hardware, it doesn’t get much more secret than upcoming CPUs coming out of Intel. Somehow, a few CPU dev boards wound up on eBay, and [Leon] was cool enough to save all the pictures (Polish, Google translation, or translate in the sidebar). There are a few ongoing auctions right now, but we’d settle for this LGA 1156 breakout board. So cool.

No, we’re not linking directly to the free stuff

TI is giving away a brushless motor controller powered by a Stellaris ARM processor. [Chris] says he’s ordering one to figure out how to make a Stellaris dev board out of the giveaway. This controller is designed for e-bikes, so at the very least we see a few ginormous UAVs in someone’s future.

One of [Bill]’s older hacks was taking a CVS disposable digital camera (remember that?) and stuffing it into the nose code of an Estes D-powered rocket. There’s a ton of videos of the flights [Bill] put up on YouTube.

On another note, [CyberPunk] built a half-scale model of a swing-wing rocket launched glider (pics: 1, 2, 3, 4). He’s currently building the full-size version capable of carrying RC and video gear and wants some feedback.

So, CAD on a tablet?

[spuder] caught wind of a tablet-based engineering notebook a few people are working on. They’re looking for some feedback on their demo video. We think it’s cool – especially the ability to share stuff between devices – but CAD on a tablet makes us extremely skeptical. Tell them what you think; we’d love to see this make it to our phone.

Now if they only made one for editing WordPress posts….

Test-driven development just got cooler. Here’s a Tamagotchi for Eclipse that you ‘feed’ by going from red to green and refactoring your code. Be careful, because having the same code test as red twice will kill your little code ninja.

And now I’ll rant about you.

A few days ago, I posted [Becky Stern]’s light-up handlebars project, and one comment surprised me. Who says guys can’t sew? It’s time to confront the gender roles that show up whenever sewing is used in a project. I’m doing a tutorial on how to sew a parachute, but I need your help. It’ll be a two-parter: one on how to actually use a sewing machine, and another for how to make a ‘chute. Is there anything else you’d like to see? 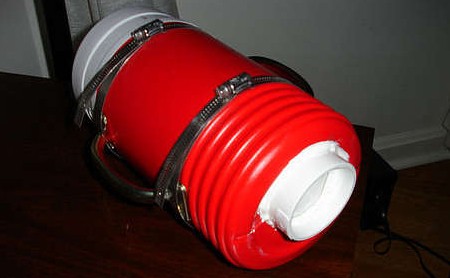 Underwater cameras can produce some amazing photography, but who wants to pay for housing if you can make something yourself?

This underwater camera housing on Instructables doesn’t require a specific container, allowing you to choose anything you have around the house that’s watertight and large enough to fit your camera. A finger from a glove is added so you can still operated the controls. A similar project uses an insulated water jug, accommodating any camera that fits inside. Neither of these involve any camera mods.