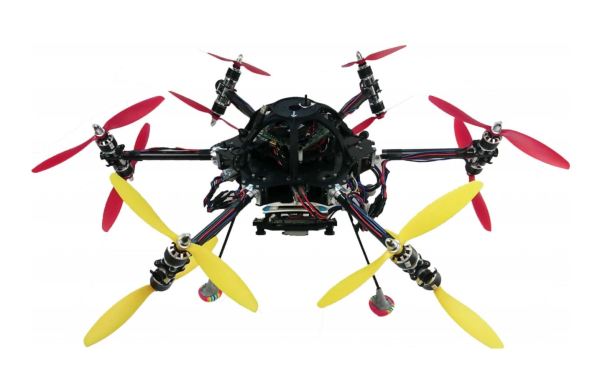 Modern radio-controlled multi-rotor drone can be incredibly agile, but can only make orientation changes around the yaw axis while remaining in approximately the same position. Researchers at ETH Zurich have again built and tested multirotor with controllable motion six degrees of freedom, this time dramatically improving efficiency.

We covered a similar design from ETH Zurich previously which was hexacopter with arms with limited rotation. This new design is also a hexacopter, but with 2 coaxial motors on each rotating arm. Each arm has an increased range of rotation over the previous design, beyond 360 degrees. With the range of rotation and the very complex control system, the drone can efficiently fly in any orientation, while still being able to apply effective torque or linear force in any direction. This opens up a lot of possibilities for tasks that drones can perform, like close-up industrial inspection, using tools or pulling cables while keeping the rotors clear.

The arms do have a limited amount of rotation before winding the motor cable tight, but the control system keeps track of this and can unwind during or after movement. See the video after the break to see it in action. The complete scientific paper is not light reading, but definitely interesting. We’re looking forward to seeing if and when these type designs get used in real-world applications.

There are without a doubt a lot of drones in our future, and probably the most successful project to date is the Zipline fixed-wing drones in Rwanda and Ghana, which have made over 35000 deliveries of emergency medical supplies since 2016.

END_OF_DOCUMENT_TOKEN_TO_BE_REPLACED 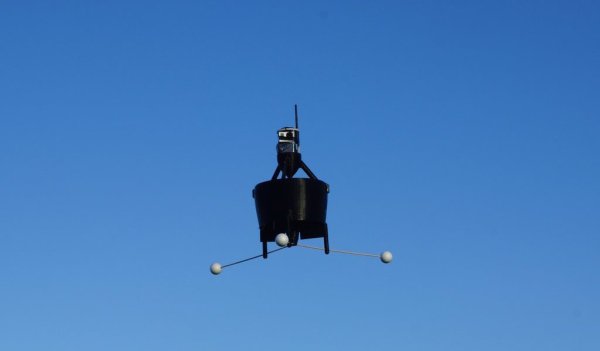 A while back, we wrote about the ducted fan, single rotor, VTOL drone that [Armin Strobel] was working on. It wasn’t quite finished then, and hadn’t got off the ground yet. He’s posted an update, and from the looks of it, he’s made tons of progress, including a first flight with successful take-off and landing.

The successful flight was no coincidence. Tuning any kind of ‘copter is a tricky business. Handling them manually during testing could be outright dangerous. So he built two different test-beds from pieces of wood, some 3D printed parts and bearings. One lets him mount the drone and tune its pitch (and roll), while the other lets him tune the yaw parameters. And just like they do in wind tunnel testing, he fixed short pieces of yarn at various points on the air frame to check for turbulence. Doing this also gave him some insight into how he could improve the 3D printed air-frame in the next iteration. He repeated the tests on the two test beds, going back and forth to make sure the tuning parameters were not interfering with each other. He also modified the landing gear to improve stability during take-off and landing and to prevent tipping. [Armin] is using the PixHawk PX4 for flight control and a BeagleBone Black for higher level functions and control.

Once the first flight showed that the drone could do stable flight, he attached a Go-Pro and recorded some nice video on subsequent flights. The next steps are to fine tune the flight control parameters to ensure stable hovering with position hold and way point following. He may also 3D print an improved air-frame. For details about the build, check out our earlier blog post on the Ducted Fan Drone. Check out the two videos below – one showing the first flight of the Drone, and the other one about the test beds being used for tuning.

END_OF_DOCUMENT_TOKEN_TO_BE_REPLACED 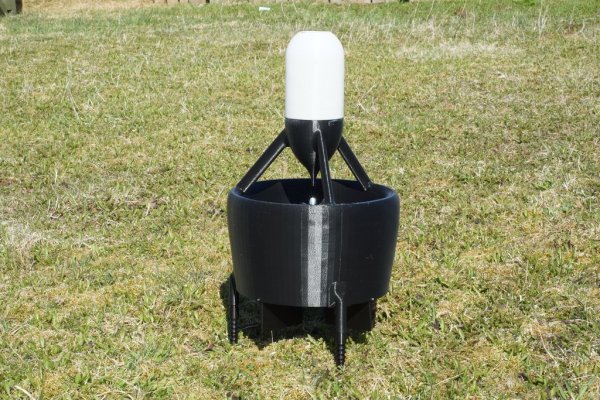 Multi-rotor fixed-pitch aircraft – quad, hexa, octa copters – are the current flavor of the season with hobby and amateur flight enthusiasts. The serious aero-modeling folks prefer their variable-pitch, single rotor heli’s. Defense and military folks, on the other hand, opt for a fixed wing UAV design that needs a launch mechanism to get airborne. A different approach to flight is the ducted fan, vertical take-off and landing UAV. [Armin Strobel] has been working on just such a design since 2001. However, it wasn’t until recent advances in rapid-prototyping such as 3D printing and availability of small, powerful and cheap flight controllers that allowed him to make some progress. His Ducted Fan VTOL UAV uses just such recent technologies.

Ducted fan designs can use either swivelling tilt rotors that allow the craft to transition from vertical flight to horizontal, or movable control surfaces to control thrust. The advantage is that a single propeller can be used if the model is not too big. This, in turn, allows the use of internal combustion engines which cannot be used in multi-rotor craft (well, they’ve proven difficult to use thus far).

[Armin] started this project in 2001 in a configuration where the centre of gravity is located beneath trust vectoring, giving the advantage of stability. Since there were no hobby autopilots available at the time, it was only equipped with one gyroscope and a mechanical mixer to control the vehicle around the vertical axis. Unfortunately, the craft was destroyed during the first flight, after having managed a short flight, and he stopped further work on it – until now. To start with, he built his own 3D printer – a delta design with a big build volume of 400mm3. 3D printing allowed him to build a structure which already included all the necessary mount points and supports needed to fix servos and other components. The in-fill feature allowed him to make his structure stiff and lightweight too.

Intending to build his own auto-pilot, he experimented with a BeagleBone Black connected to a micro controller to interface with the sensors and actuators. But he wasn’t too happy with initial results, and instead opted to use the PixHawk PX4 auto-pilot system. The UAV is powered by one 3-cell 3500mAh LiPo. The outside diameter of the duct is 30cm (12”), the height is 55cm (22”) and the take-off weight is about 1.2kg (2.6 pound). It has not yet been flown, since he is still waiting for the electronics to arrive, but some bench tests have been conducted with satisfactory results. In the meantime, he is looking to team up with people who share similar interests, so do get in touch with him if this is something up your alley.

If you want to look at other interesting designs, check this UAV that can autonomously transition from quadcopter flight to that of a fixed-wing aircraft or this VTOL airplane / quadcopter mashup. This fantastic work by [Native18] shows a quad copter reproduction of the Heli carrier used by the Avengers. Following this thread (translated), you can follow along his thought process as well as his build process as he proceeds. The construction is mainly paper and lightweight foam, but it still manages to float and even take off from the water.

We’ve seen other aircraft carrier designs before, but not many this well polished, and none that took off from water.