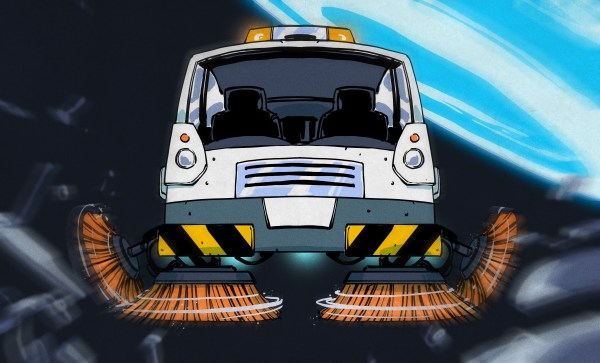 Hanging around in earth orbit is like walking into the middle of a Wild West gunfight — bullets are flying around everywhere, and even though none are purposefully aimed at you, one might have your name on it. Many of these bullets are artificial satellites that are actively controlled and monitored, but we also find dead satellites, remnants of satellites, discarded rocket stages, tools lost during spacewalks, and even flecks of paint and rust, much of it zipping around at multiple kilometers per second without any guidance.

While removing this space debris directly would be ideal, the reality is that any spacecraft and any spacesuit that has to spend time in orbit needs to be capable of sustaining at least some hits by space debris impacting it.

That it’s easy to create new debris should come as no surprise to anyone. What may take a bit more imagination is just how long it can take for this debris to make its way towards earth’s atmosphere, where it will uneventfully burn up. Everything in orbit is falling toward the earth, but its tangential velocity keeps it from hitting — like a marble spinning around the hole in a funnel. Drag from the planet’s atmosphere is the friction that eventually slows the object down, and where it orbits in the planet’s atmosphere determines how long this descent will take. END_OF_DOCUMENT_TOKEN_TO_BE_REPLACED 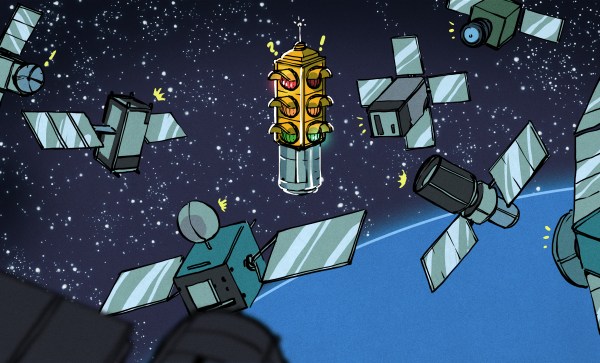 On a dark night in 2006 I was bicycle commuting to my office, oblivious to the countless man made objects orbiting in the sky above me at thousands of miles per hour. My attention was instead focused on a northbound car speeding through a freeway underpass at dozens of miles per hour, oblivious to my southbound headlamp. The car swerved into the left turn lane to get to the freeway on-ramp. The problem? I was only a few feet from crossing the entrance to that very on-ramp! As the car rushed through their left turn I was presented with a split second decision: slow, and possibly stop in the middle of the on-ramp, or just go for it and hope for the best.

By law I had the right of way. But this was no time to start discussing right of way with the driver of the vehicle that threatened to turn me into a dark spot on the road. I followed my gut instinct, and my legs burned in compliance as I sped across that on-ramp entrance with all my might. The oncoming car missed my rear wheel by mere feet! What could have ended in disaster and possibly even death had resulted in a near miss.

Terrestrial vehicles generally have laws and regulations that specify and enforce proper behavior. I had every right to expect the oncoming car be observant of their surroundings or to at least slow to a normal speed before making that turn. In contrast, traffic control in Earth orbit conjures up thoughts of bargain-crazed shoppers packed into a big box store on Black Friday.

So is spacecraft traffic in orbit really a free-for-all? If there were stringent rules, how can they be enforced? Before we explore the answers to those questions, let’s examine the problem we’re here to discuss: stuff in space running into other stuff in space.