END_OF_DOCUMENT_TOKEN_TO_BE_REPLACED

The folks at NASA are taking a well-deserved victory lap this week after the splashy reveal of the first scientific images from the James Webb Space Telescope. As we expected, the first public release included a lot of comparisons to images obtained from Hubble, as the general public understandably sees Webb as the successor to the venerable space telescope, now in its third decade of service. So for a “let’s see what this baby can do” image, they turned Webb loose on a tiny patch of sky in the southern hemisphere containing galactic cluster SMACS 0723, and sent back images and spectroscopic data from galaxies up to 13 billion light years away. There are plenty of analyses of Webb’s deep field and the other images in the first release, but we particularly liked the takes by both Anton Petrov and Dr. Becky. They both talk about the cooler scientific aspects of these images, and how Webb is much more than just a $10 billion desktop image generator.

END_OF_DOCUMENT_TOKEN_TO_BE_REPLACED

“Don’t worry, that’ll buff right out.” Alarming news this week as the James Webb Space Telescope team announced that a meteoroid had hit the space observatory’s massive primary mirror. While far from unexpected, the strike on mirror segment C3 (the sixth mirror from the top going clockwise, roughly in the “south southeast” position) that occurred back in late May was larger than any of the simulations or test strikes performed on Earth prior to launch. It was also not part of any known meteoroid storm in the telescope’s orbit; if it had been, controllers would have been able to maneuver the spacecraft to protect the gold-plated beryllium segments. The rogue space rock apparently did enough damage to be noticeable in the data coming back from the telescope and to require adjustment to the position of the mirror segment. While it certainly won’t be the last time this happens, it would have been nice to see one picture from Webb before it started accumulating hits.

END_OF_DOCUMENT_TOKEN_TO_BE_REPLACED 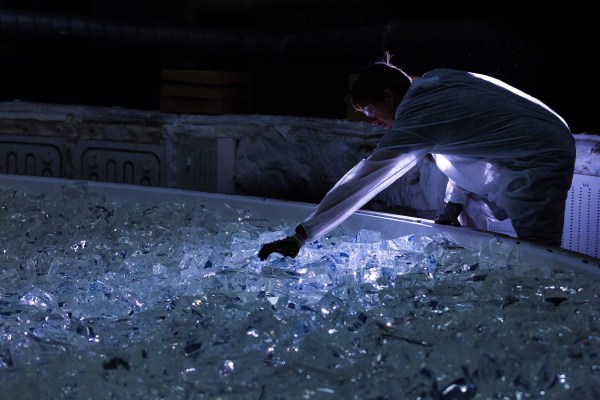