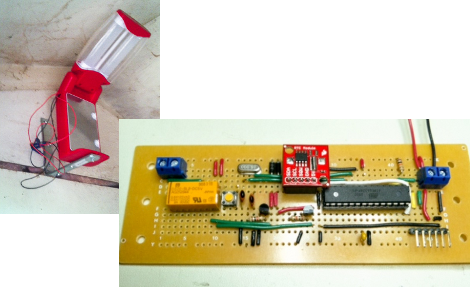 We’re not going to question the logic that went into putting racing stripes on a slow cooker, but [Evan]’s sous vide machine is the most professional one we’ve seen.

After [Evan] found a cooking book that went into the physics and chemistry of making a meal, he wanted to make some really good meals. Sous vide spoke out to him and [Evan] committed himself to building an immersion cooker.

After trolling around on the Internet, [Evan] came across a little gem on Make. The Make build was cheap – it was built around an off-the-shelf PID controller and thermocouples. [Evan] though about building his own PID controller, but time is money and he couldn’t beat the commercial version in features.

The enclosure was the most time-consuming part of [Evan]’s build. It’s a 1/8″ sheet of aluminum cut and bent to the correct size. The sharp edges were filed down and joined with epoxy; definitely not the ‘normal’ way of building an enclosure. The color scheme is borrowed from this Renault – French cooking inspired by a French car.

As for [Evan]’s results, he cooked a 5oz filet marinated in garlic, thyme, olive oil, salt and pepper. This dish was flanked with some roasted Yukon Gold potatoes and sautéed broccoli. Our mouth is watering just looking at the picture, so we’re betting [Evan] did an excellent job. 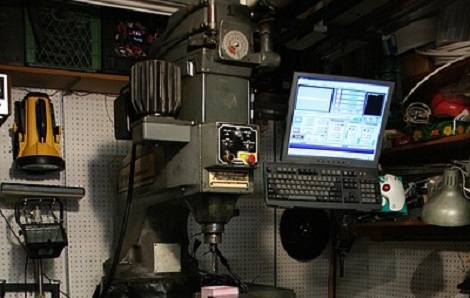 It looks like the Internet’s resident steampunker is moving up a century or two. [Jake Von Slatt] rebuilt the CNC portion of a Bridgeport Series II mill so it can interface with a computer. It’s a feat even more impressive than moving the mill into [Jake]’s garage.

The first step of the build was tearing out the BOSS 5 industrial microcomputer and replacing it with a Win XP laptop running ArtSoft’s Mach 3. This allows G-code to be displayed directly on the screen. The old power supply for the mill did give [Jake] a few problems. The Gecko stepper drivers that replace the old electronics couldn’t handle the voltage of the old power supply. That can be dealt with by opening the transformer and removing a few turns of wire.

[Jake] has been sending in a few of his hacks as of late, so it’s good to see Hack a Day has another fan, especially one of [Mr. Von Slatt]’s caliber. There is a problem with the mill modifications though – [Jake] hasn’t figured out how to program it. If any HaD readers would like to chime in on the best way to program G-code for the mill, feel free to leave a message in the comments.