END_OF_DOCUMENT_TOKEN_TO_BE_REPLACED

Looking for a new way to power your Raspberry Pi? The raspberryHy project aims to develop a small fuel cell designed for powering the credit card sized computer. It adds a proton exchange membrane (PEM) fuel cell, a battery, and custom control electronics to the Pi.

The system takes hydrogen in from a compressed hydrogen cartridge and feeds it through a regulator. This passes the hydrogen into the PEM fuel cell at the correct pressure, and creates a potential. The control electronics boost that voltage up to the 5 V required on the Pi’s USB port. There’s also an electronically controlled purge valve which periodically exhausts the fuel cell.

There’s a few reasons you might want to run your Pi with hydrogen. Run time of the fuel cell is limited only by the amount of hydrogen you can store. In theory, you could connect a large cylinder for very long run times. Combined with a battery, this could be quite useful for running Pis in remote locations, or for long-term backup power. The raspberryHy will be presented at Hannover Fair 2014 this month. [Trax] was asked by a friend to build a device that could detect the presence of a car in front of his garage gate for it to open automatically. After searching the web for such a project and trying many of them, he decided to build his own detector based on an induction loop. As you may have guessed, this kind of detector works by detecting an inductance change in a wire loop (aka coil) buried in the road. Having a car pass several inches on top of it produces such an effect.

[Trax]’s write-up shows a very well thought and professional design. All the detector parameters can be adjusted using DIP switches and buttons: detection type (presence/pulse), signal filtering, main frequency and sensitivity. The wire loop is isolated from the main sensor electronics using a 1:1 isolation transformer and a Colpitts oscillator is used to drive the latter. Moreover, gas discharge tubes are also used for lightning protection.

The change in inductance translates to a change in resonant frequency which is later detected by the main microcontroller. The board is 24V AC powered and a diode bridge + LM2596 SMPS step-down converter are in charge of generating the required +5V in an efficient way.

As if this was not enough, [Trax] also made a PC-based tool that can change other platform settings using a serial connection. All the resources can be downloaded from his website and a few videos are embedded after the break.

END_OF_DOCUMENT_TOKEN_TO_BE_REPLACED This weekend takes some of the Hackaday crew to the Vintage Computer Festival East in Wall, New Jersey. There’s going to be lots of cool stuff, some dork walking around handing out Hackaday t-shirts and stickers, and more awesome retro computation devices than you can shake several sticks of RAM at.

On the agenda for Friday are a host of talks that include bootstrapping CP/M, assembly programming, disk imaging, and a talk from our very own [Bil Herd] on how to not kill yourself with a CRT monitor.

Saturday is when things really heat up with exhibits including a PDP-8, a 1960s UNIVAC, Chromeco Dazzlers, VAXxen, and a whole slew of computers that weigh less than several hundred pounds. There’s even a real Apple I. Seriously. There are also workshops that include some really obscure work from the late, great [Jef Raskin], and more talks, including [Dave Haynie]’s recollections of Commodore’s circling the drain.

The VCF is hosted at InfoAge, an exceptionally cool vintage technology treasure trove that’s more than worth the visit, even if there weren’t a vintage computer festival going on this weekend. We caught up with the InfoAge guys a while back, and needless to say, if you come, you’ll have fun.

If you see somebody walking around with a Hackaday t-shirt on, be sure to tell them you’re a fan. If they don’t know what you’re talking about, ask them who they got the shirt from. Regular updates to follow, including a video of someone loading the Hackaday Retro site with an Intel 4004 microprocessor. I didn’t think that was possible either.

Oh, watch our Twitter or something. That’s a thing now. 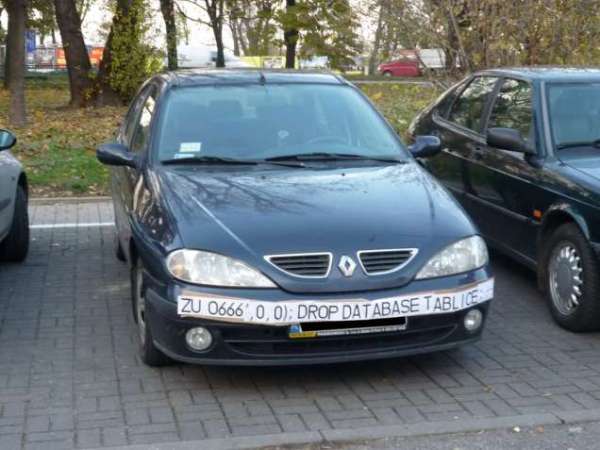