There’s far more going on in the environment that humans have the senses to detect. Birds migrate with the help of the Earth’s magnetic field, and certain species of fish can detect electrical fields. For his Hackaday Prize entry, [Sebastian] is giving us a sixth sense. He’s building a device that allows anyone to detect the Earth’s magnetic field and find their way north for the summer.

The initial idea for [Sebastian]’s project came after his father’s inner ear was damaged. The doctor told him his brain needed to be trained to work with only one inner ear. If it works for balance, [Sebastian] wondered, why couldn’t the brain be trained to listen to an extra sensory input?

[Sebastian]’s device is an accelerometer and magnetometer, connected to a microcontroller that drives a few vibration motors. By mounting these motors around an ankle strap, [Sebastian] hopes to train his brain to listen to the magnetic fields.

So far, [Sebastian] has a device that can sense the Earth’s magnetic field and buzzes the motor closest to magnetic north. There’s still a lot of work to do, including filtering the magnetometer inputs, adding a ‘sleep’ mode, and putting Bluetooth functionality on board, but it’s already a very well-designed project.

The nice thing with having a hacker cred is that family and friends are always on the lookout for stuff they think might be useful to you. [Craig Hollabaugh]’s son-in-law found an inspection camera and thought it would be handy for his hobby work. The MagniSight Explorer was first introduced in 2001. It is good for surface mount board work and inspection, except that its analog 480p video is quite dated by today’s standards. So [Craig] upgraded it for crystal clear 1080P/30 video and 5 megapixel images using a $35 Raspberry Pi 2 and a $26 Raspberry Pi Camera Module. After the upgrade, the unit is now a great tool for SMT rework.

There’s not a lot to the upgrade, but [Craig] gives a nice rundown in the 15 minute video of the MagniSight’s internals. He shows us the original analog camera module and its video card, which is able to do some additional processing like black and white output and reverse video (negative). As he mentions, it would be easy for him to do the same via software on the Raspberry Pi. A video camera lens takes care of magnification and two shafts coupled to it via flat belts (rubber bands?) take care of zoom and focus. A front coated mirror angled 45 degrees in front of the lens turns the optical path 90 degrees to allow the lens/camera to “look down”. After experimenting a bit to find the correct focal spot behind the lens unit for the Raspberry Pi camera, he covered the camera module with insulation tape and then just glued it to the old camera mount. After hooking it up to an HDMI monitor, the results are quite nice and he reckons he can easily work with components down to 0402 in size.

He’s got a couple of more upgrades in mind to make the system even better. He plans to replace the existing compact fluorescent lamps with a string of LED’s which will provide more uniform illumination. Plus, he can control their brightness, and selectively turn them on or off to get the optimum lighting. The other interesting upgrade would be to add stepper motors to the X-Y translation stage and automate their movement. After looking up a board file and its BoM, he may even be able to search for a part designator and move the stage to bring the part into focus.

END_OF_DOCUMENT_TOKEN_TO_BE_REPLACED

When you have an older vehicle there’s not a lot of options in the stock stereo department, often a CD player and tape deck is what you get. When you want to play your tunes from your mobile what do you do? Buying an adapter, or a new head unit for that matter, isn’t any fun. So why not hack it? This isn’t just a mechanical marriage of a Bluetooth dongle and an elderly stereo. Some real work went into convincing the stereo that the BT receiver was the stock tape deck. 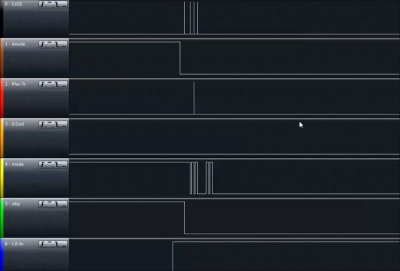 Attacking the outdated Cassette deck [kolonelkadat] knew that inside the maze of gears and leavers, most of it is moving around actuating switches to let the radio know that there is a tape inside and that it can switch to that input and play. Tricking the radio into thinking there is a tape inserted is handled by an Arduino. Using a logic analyzer [kolonelkadat] figured out what logic signals the original unit put out and replicating that in his Arduino code.

Audio is handled by the guts of a bluetooth speaker with the output redirected into the radio where the signal coming off the tape head normally would have been directed. Join us after the break for a couple of videos with all of the details.

END_OF_DOCUMENT_TOKEN_TO_BE_REPLACED 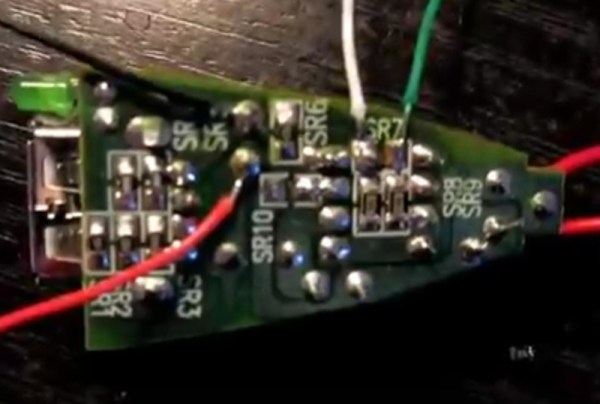 END_OF_DOCUMENT_TOKEN_TO_BE_REPLACED

Your homework for this weekend: Build me something and enter it in The Hackaday Prize. I’m not joking.

It’s very rare for me to come out with a big “ask”, but this is it. I need you now. The Hackaday Prize is our STEAM initiative. It very publicly shows that you can have a lot of fun with engineering in your free time. This is a lesson we need to broadcast and to do so, I want to see dozens of entries come together this weekend.

Here’s the gist of it: Choose a problem that is faced by a large number of people. Build something that helps fix it, and document what you did. You need to start a project, publish 4 project logs, a system design diagram, and a video of less than 2 minutes in length. That’s it, and you can easily be done with all of this if you choose to make this weekend a hackathon.

You may win, you may not. But everyone who posts a project is helping to inspire the next generation of great engineers. The next [Forrest Mims] is out there, lets make sure he or she knows how amazing the world of engineering is! Get to work.