Preterm infants frequently require ventilator support while they’re in the neonatal ICU, and this is usually done with a CPAP machine. The machine to infant interface is called a nasal cannula, a bit of plastic that connects an infant’s nose to the machine. Because there aren’t that many sizes of nasal cannula available, and preemies come in all sizes, there are inevitable problems. Ill-fitting nasal cannula can reduce the effectiveness of a CPAP, and can even cause significant damage to an infant’s septum.

For his Hackaday Prize entry, [Ben] is tackling this problem head on. He’s working on creating individualized nasal cannula for newborns using 3D modeling and printing, allowing nasal cannula of all shapes and sizes to be created in a matter of hours.

To create these customized cannula, [Ben] is 3D scanning an infant mannequin head to gather enough data to import it into a Processing sketch. A custom cannula is then created and printed with flexible 3D printer filament. In theory, it should work, apart from the considerations involved in building a medical device.

As for why custom plastic tubes matter, [Ben] works at the only NICU in Western Australia. Even though he only sees 8-10 CPAP ‘pressure injuries’ in his unit each year, these kids are extremely fragile and some parents have expressed a desire for something that isn’t as uncomfortable for their newborn than the off-the-shelf solution. Customizing these cannula from a quick 3D scan is a great way to do that, and a perfect example of the Hackaday Prize theme of ‘build something that matters.’

A lot of people find scripting languages very productive and we’ve seen quite a few chips now supporting what you normally think of as a scripting language. These high-level abstraction languages are great, until they aren’t. When you need to go under the abstraction and do something complex or you need every cycle of performance, you might have to break your normal tools.

The Espruino is an ARM processor (an STM32) that has JavaScript on board. However, [Gordon Williams] shows how you can use peeks and pokes to access the hardware directly when the need arises. The names derive from another popular abstraction’s escape hatch. The old BASIC languages allowed direct memory access using keywords peek and poke. [Gordon] shows some examples of accessing the timer for PWM, and even looks at the STM32 reference manual to show how he knew where to peek and poke to begin with.

END_OF_DOCUMENT_TOKEN_TO_BE_REPLACED

Since it’s launch way back in 2006, Twitter has become a magnet for techies. Maybe it’s the simple interface, maybe it’s the 140 character limit. Whatever the reason, you can find plenty of hackers, makers, and engineers tweeting about their daily activities. It didn’t take long for folks to start incorporating Twitter into their projects. Ladyada’s Tweet-a-watt is a great early example of this. This week’s Hacklet is all about some of the best tweeting projects on Hackaday.io! 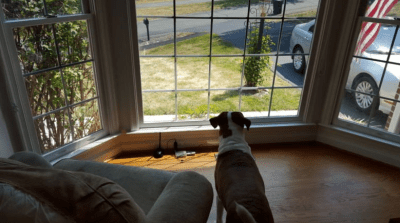 We start with [Henry Conklin] and A Twitter account for my dog. [Henry’s] dog [Oliver] loves to bark and finding a solution became his entry to The Hackaday Prize. Rather than bring Cesar Millan in, [Henry] decided to embrace [Oliver’s] vocalizations by sending them up to the cloud. A Raspberry Pi with a USB microphone uses some custom Python code to detect barks and ruffs. The Pi then sends this data to Twitter using the python-twitter library. The Pi is connected to the internet via a USB WiFi dongle. You can see the results of [Henry’s] work on [Oliver’s] own Twitter page! 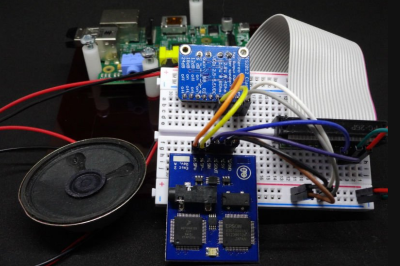 Next up is [troy.forster] and tweetie-pi. Rather than constantly check his phone or computer, [Troy] wanted a device to read his tweets. A bit of NodeJS code later, and tweetie-pi was born. A Raspberry Pi connected to the internet pulls data through the Twitter stream API. When tweets directed at a pre-configured username are found, the data is sent to a an Emic 2 text to speech module. The Emic reads in that classic DECtalker style voice we all know and love from the movies. [Troy] even added code to properly handle usernames and retweets. 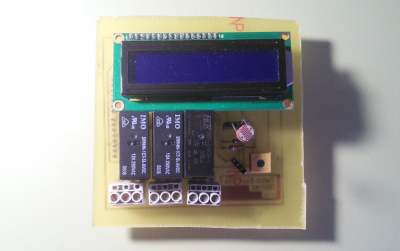 [SirClover] joined the internet of things by creating Home automation system with Twitter, his entry in the 2014 Hackaday Prize. This home automation system is based around an Arduino Leonardo and an Ethernet shield. [SirClover] rolled his own custom PCB to handle relays, a Cds cell, and a 2×16 character LCD. The system can be accessed through a simple web interface. This allows the user to open or close blinds, turn on lights, all that great smart home stuff. Every time it executes a command, the home automation system reports status to Twitter. 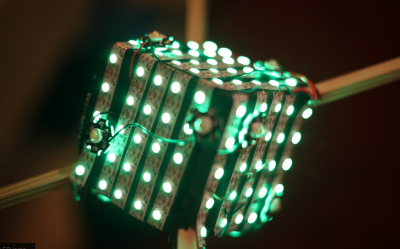 Finally we have [Jakob Andrén] with A danceable notification cube, which is [Jakob’s] entry in the 2015 Hackaday Prize. The cube itself is a translucent box that contains a metric crapton of LEDs. 148 Neopixels and 12 3W power LEDs to be exact. All these LEDs are driven by a Teensy 3.1, which serves as the main processor for the entire system. The Teensy reads position data from an MPU6040 IMU. This allows it to change brightness and color as the box is moved around – or “danced”. An ESP8266 provides the cube with data from the interwebs, specifically Facebook and Twitter. The cube lights up and flashes whenever it receives a message.

If you want to see more tweeting projects, check out our new projects that tweet list.  Did I miss your project? Don’t be shy, just drop me a message on Hackaday.io. That’s it for this week’s Hacklet, As always, see you next week. Same hack time, same hack channel, bringing you the best of Hackaday.io!

I’m here as a judge at the 2015 RedBull Creation Competition in Detroit — it’s a super intense 72 hour build off where makers, engineers, and artists can come to show us what they’ve got. This year’s theme is pretty broad: Serious Fun.

The event is at Recycle Here and is open to the public, so if you’re in the area, come check it out! A massive recycling depot warehouse has been temporarily transformed into a giant workshop. Teams have access to some serious tools including heavy duty welding equipment, industrial forming tools like pipe benders, brake presses, your standard drill presses, cutting equipment and of course laser cutters and 3D printers.

There are two competition categories — Open Class, which was free for anyone to join with a team, and Invite Only. The six Invite Only teams are working in the Recycle Here workshop, and the teams competing in the open category are scattered across the city, making use of their own workshops or hackerspaces. The theme was only just announced yesterday, and the 72 hour countdown has been ticking away ever since.  I can’t wait to see what awesome interactive projects can be built in time to show off to the public this weekend.

END_OF_DOCUMENT_TOKEN_TO_BE_REPLACED

There’s been a bit of a shakeup at Let’s Make Robots (LMR).

LMR is possibly the most popular DIY robotics website around and was started up by a fun-loving Dane, [Frits Lyneborg]. It grew a large community around building up minimal robots that nonetheless had a lot of personality or pushed a new technical idea into the DIY robotics scene. [Frits] says that he hasn’t had time for DIY robotics for a while now, and doesn’t have the resources to run a gigantic web forum either, so he worked out a deal to let the Canadian hobbyist supply company Robot Shop take it over.

LMR has always been a little bit Wild-West, and many of the members quite opinionated, and that’s been part of its charm. So when the new corporate overlords came in, set up “Rules” (which have seemingly been downgraded to “suggestions”) and clarified the ownership of the content, some feathers were ruffled.

A few weeks later, everything looks to be settling back down again. (Edit: Or has it?!? See the comments below.) We wish LMR all the best — everyone loves robots, and LMR is a tremendous resource for the newbie interested in getting into DIY robotics on the cheap. More than a few LMR posts have been featured here at Hackaday over the years. Among our favorites are this drumming rover, a clever 3D printed gripper, and this wicked bicycle-style balancer.

We love interrupts in our microcontroller projects. If you aren’t already convinced, go read the first installment in this series where we covered the best aspects of interrupts.

But everything is not sunshine and daffodils. Interrupts take place outside of the normal program flow, and indeed preempt it. The microcontroller will put down whatever code it’s running and go off to run your ISR every time the triggering event happens. That power is great when you need it, but recall with Spider-Man’s mantra: With great power comes great responsibility. It’s your responsibility to design for the implicit high priority of ISRs, and to make sure that your main code can still get its work done in between interrupt calls.

Put another way, adding interrupts in your microcontroller code introduces issues of scheduling and prioritization that you didn’t have to deal with before. Let’s have a look at that aspect now, and we’ll put off the truly gruesome side-effects of using interrupts until next time.

END_OF_DOCUMENT_TOKEN_TO_BE_REPLACED

Regular Hackaday readers are used to seeing the hacks that use a cheap USB TV dongle as a software defined radio (SDR). There’s plenty of software that will work with them including the excellent GNU Radio software. However, the hardware is pretty bare-bones. Without modifications, the USB dongle won’t get lower frequencies.

There’s been plenty of other SDR radios available but they’ve had a much heftier price tag. But we recently noticed the SDRPlay RSP, and they now have US distribution. The manufacturer says it will receive signals with 12-bits of resolution over the range of 100 kHz to 2 GHz with an 8MHz bandwidth. The USB cable supplies power and a connection to the PC. The best part? An open API that supports Windows, Linux, Mac, Android, and will even work on a Raspberry Pi (and has GNU Radio support, too).