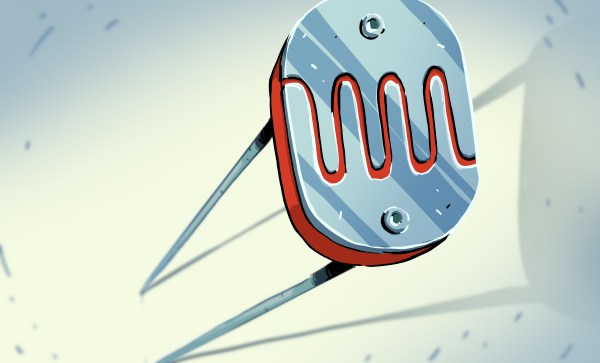 There is one other major group of variable resistors which I didn’t get into: resistors which change value without human intervention. These change by environmental means: temperature, voltage, light, magnetic fields and physical strain. They’re commonly used for automation and without them our lives would be very different.

END_OF_DOCUMENT_TOKEN_TO_BE_REPLACED

[Marcel] was trying to shoehorn a few new parts into his trusty Nexus 5 phone. If you’ve ever opened one of these little marvels up, you know that there’s not much room under the hood to work with. Pulling out some unnecessary parts (like the headphone jack) buys some space, but then how to wire it all up?

[Marcel] needed a multi-wire connector that’s as thin as possible, but he wasn’t going to go the order-Kapton-flex route. Oh no! He built one himself from masking tape and the strands from a stranded wire. Watch the video how-to if that alone isn’t enough instruction.

END_OF_DOCUMENT_TOKEN_TO_BE_REPLACED 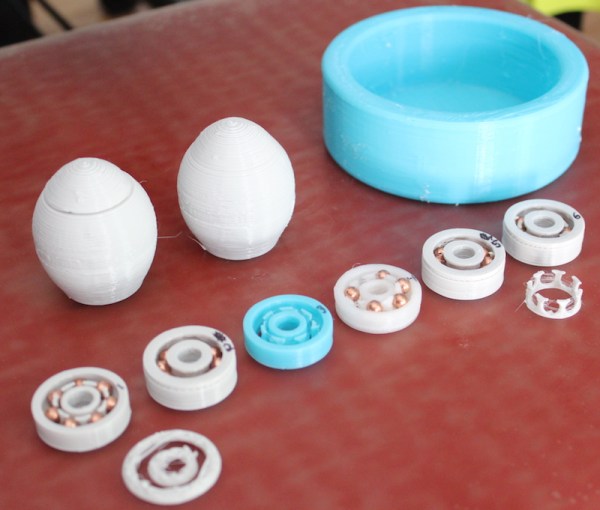 [Adam] over at Makefast Workshop writes about some of the tests they’ve been running on their 3D printer. They experimented with pausing a 3D print midway and inserting various materials into the print. In this case, sand, water, and metal BBs.

The first experiment was a mixture of salt and water used to make a can chiller for soda or beer (the blue thing in the upper right). It took some experimentation to get a print that didn’t leak and was strong. For example, if the water was too cold the print could come off the plate or delaminate. If there was too much water it would splash up while the printer was running and cause bad layer adhesion.

They used what they learned to build on their next experiment, which was filling the print with sand to give it more heft. This is actually a common manufacturing process — for instance, hollow-handled cutlery often has clay, sand, or cement for heft. They eventually found that they had to preheat the sand to get the results they wanted and managed to produce a fairly passable maraca.

The final experiment was a variation on the popular ball bearing prints. Rather than printing plastic balls they designed the print to be paused midway and then placed warmed copper BBs in the print. The printer finished its work and then they spun the BB. It worked pretty well! All in all an interesting read.