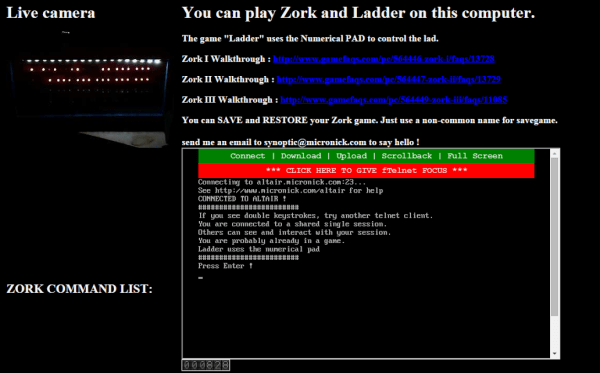 [Citponys] wanted to share their Altair 8800 clone with the world, and what better way to do so than by hooking it up to the Internet? This hack was pulled off by using a Linux computer which receives a Telnet connection and redirects it to a serial port. This serial port is connected to the Altair clone. In order to connect the serial port to the Internet using TCP, the ser2sock program was used. People can interact with the Altair on the webpage, where there is also a live camera feed showing the Altair’s Blinkenlights.

This is an ongoing project for [Citponys]. Zork 1-3 and Ladder are now available for play. You can interact with other people in the current session; play nice, or it’ll end up a Mad Libs version of ‘Twitch Plays Pokemon’.  Most recently, [Citponys] updated the webpage with a HTML5-embedded terminal emulator. If you want to quit the current session displayed, enter “quit” and you will be redirected to the main menu where you can choose another game. [Citponys] has links to game walkthroughs on the top of the page. We have a soft spot for classic computers and games, especially the Altair. Take a trip down memory lane and play some Zork at the fork where the past meets the present! 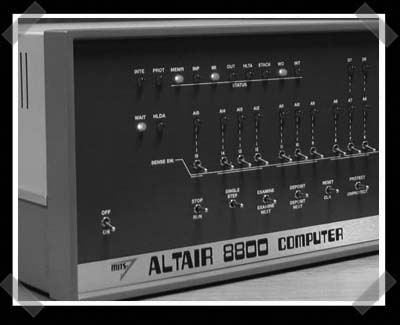 Thank [J. Peterson] for this one. Kits don’t usually end up as the daily post on Hackaday, but the altair was one of the first ‘personal computers’ – and this guy’s put together a new kit version. Wow. [The latest kit went on ebay for $1750…]