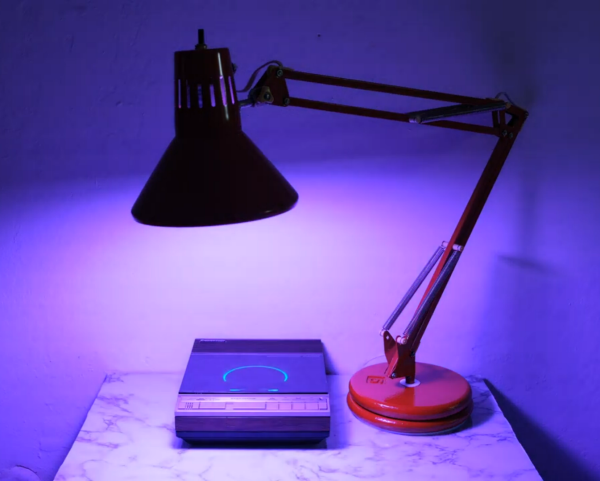 There’s so much obsolete technology out there with great design. It’s really sad to see it end up in the landfill, because even though the insides may be outdated, good design is forever. Take this 1980s Panasonic answering machine, for instance. The smoky plastic of the cassette lid is the perfect screen for Dot, because it lets the light through while hiding the modernity of the thing in the process. Check it out in action after the break.

What [ehans_makes] has written is really more of an overall guide to repurposing old electronics and fighting e-waste in the process. First, they non-destructively figure out what needs to be done to both the old thing and the newer thing to get them to play nicely together — what 3D printed parts need to be added, what can be salvaged and reused from the old thing, and what parts of the old enclosure can be Dremeled away. In this case, [ehans_makes] ended up printing an adapter to be able to re-use the original speaker’s mounting points inside the answering machine, and printed a mount for the Dot as well. The STLs are available if you happen to find the same answering machine at your local thrift store or neighbor’s estate sale.

While we’ve always managed to hold on to the screws when we disassemble something, [ehans_makes] has an even better idea: draw a diagram of where they go, and tape the actual screws to the diagram as you remove them.

Some of the best designs never really existed, at least not on a commercial scale. If you can’t find a cool old enclosure, you can always build one yourself.

END_OF_DOCUMENT_TOKEN_TO_BE_REPLACED 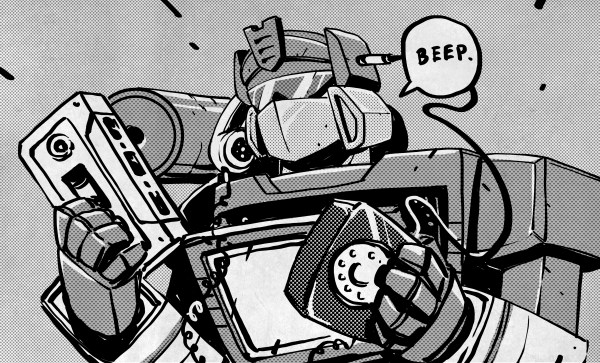 Telephone answering machines were almost a fad. They were hindered for years by not being allowed to connect to the phone lines. Then a mix of cell phones and the phone company offering voicemail made the machines all but obsolete. Unless you are really young, you probably had one at some point though. Some had digital outgoing messages and a tape to record. Some had two tapes. But did you ever have one that didn’t connect to the phone line at all? Remember, there was a time when they couldn’t. My family had one of these growing up and after doing enough research to find it in an old catalog, I decided you might like to know how it really worked.

Even if you grew up in the 1960s and 1970s, it is hard to imagine how little technology there was in an average person’s home at that time. You probably had one TV and one wired telephone. You probably had a radio or two and maybe even a record or tape player. If you were very fancy, you had a big piece of furniture that had a TV, a turntable, a radio, and a tape player in it. No cell phones, no computers, no digital assistant, and appliances were electro-mechanical and didn’t have displays. So when you saw a new piece of tech — especially if you were a kid who didn’t know what a hacker was, but still wanted to be one — it made an impression.

A Bit of Background

My Dad always had a regular job and his side business. He had a lot of different side businesses at one time or another, but he was always concerned about missing a phone call from a customer. We had two phones: the old wall mount phone with a dial and another desk phone in the “store” (the front room of the house) which also had a dial — we were way too cheap to pay for TouchTone service.

Remember, there was no call waiting and getting a second phone line was out of the question for my frugal parents. So they were always nervous about keeping the phone line clear during the day. But if you had to leave, you might miss a call. What do you do about that?

END_OF_DOCUMENT_TOKEN_TO_BE_REPLACED

We take recorded telephone messages for granted in these days of smartphones and VOIP. Our voicemail lives on an anonymous server in a data centre in the cloud somewhere, in a flash memory chip on our DECT base station, or if we’re of a retro persuasion, on a micro-cassette. Wherever we go, we now know our calls will not go unanswered.

Today’s subject takes us back to a time when automatically recording a phone call was the last word in high technology, with a British Pathé newsreel piece from 1959 entitled “Modern Telephone”. Its subject is the Ansafone J10, one of the first telephone answering machines available on the British market. After featuring a fantastic home-made Meccano answering machine with turntable recording created by a doctor, it takes us to the Ansafone factory where the twin tape mechanisms of the commercial model are assembled and tested. Finally we get to see it in use on the desk of a bona fide Captain of Industry, probably about the only sort of person who could afford an Ansafone in 1959.

Part of the film’s charm comes not from the technology but from the glimpse it gives us of 1950s Britain sanitised for the newsreel. The clipped tones, leather armchairs and bookshelves, the coal fire and the engineer in a three-piece suit. The past is a foreign country; they do things differently there.

Take a look at the film below after the break, and never take your recorded calls for granted again.