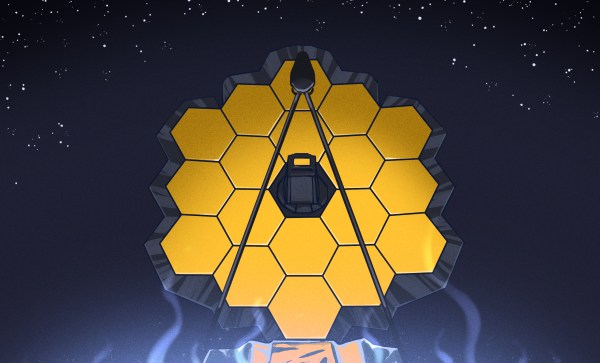 If you were asked to name the coldest spot in the solar system, chances are pretty good you’d think it would be somewhere as far as possible from the ultimate source of all the system’s energy — the Sun. It stands to reason that the further away you get from something hot, the more the heat spreads out. And so Pluto, planet or not, might be a good guess for the record low temperature.

But, for as cold as Pluto gets — down to 40 Kelvin — there’s a place that much, much colder than that, and paradoxically, much closer to home. In fact, it’s only about a million miles away, and right now, sitting at a mere 6 Kelvin, the chunk of silicon at the focal plane of one of the main instruments aboard the James Webb Space telescope makes the surface of Pluto look downright balmy.

The depth of cold on Webb is all the more amazing given that mere meters away, the temperature is a sizzling 324 K (123 F, 51 C). The hows and whys of Webb’s cooling systems are chock full of interesting engineering tidbits and worth an in-depth look as the world’s newest space telescope gears up for observations.