When tubes were king, you could go to a drugstore with a box full of them from your TV. There would be a tester that would tell you what tubes were bad and, of course, you could buy the replacements for them. That kind of tube tester was pretty simple. If you wanted to really know how to design with a tube or test its parameters, you were much better off with a curve tracer like the Tektronix 570 that [tomtektest] shows off in two recent videos that you can see below.

That piece of kit fell into [Tom’s] lap thanks to an observant delivery driver. The 1955 instrument is very similar to a semiconductor curve tracer but, of course, has the ability to provide much higher voltage for the tubes. The basic idea is that the X axis sweeps from a few volts up to 100s of volts. The vertical scale will show the plate, screen, or grid current. From those curves you can learn a lot about the characteristics of the tube.

END_OF_DOCUMENT_TOKEN_TO_BE_REPLACED

We didn’t think we needed a basic guide to diodes until we saw it was from [W2AEW], and then we knew we’d pick up some new things. Entitled “Diodes from Ideal to Real” the 18-minute video doesn’t disappoint with a mix of notes and time with a curve tracer to learn all about these devices.

As is typical for a [W2AEW] video this doesn’t just cover the simple operation of diode. It includes topics such as dynamic resistance, junction capacitance, and talks about a wide variety of diode types.

END_OF_DOCUMENT_TOKEN_TO_BE_REPLACED 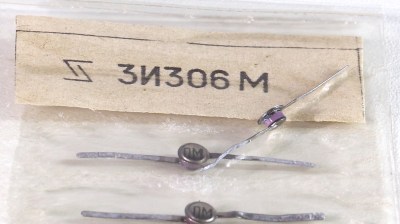 END_OF_DOCUMENT_TOKEN_TO_BE_REPLACED

[Jason Jones] has always wanted a curve tracer for his home shop. When he was starting out in electronics he fell in love with a machine called a Huntron Tracker 2000. This machine would feed a sine wave into a circuit on one side and plot a XY graph on the other.

[Jason] figured that with a modern microcontroller such a device could be build simply and cheaply for around $15 dollars. With that requirement in mind he set out to build it. He selected a PIC24F16KM202 for the brain and got to work.

The write-up is really great. It’s rare that someone puts every step of their development and design thinking into writing. Some have argued that this is the only true way to have an OSHW hardware project. The series covers everything from the initial requirements and parts selection to the software development and eventual testing of the device.

[Jason] managed to build a pretty capable little curve tracer in the end. We really enjoyed it when he used the tracer to debug the tracer.