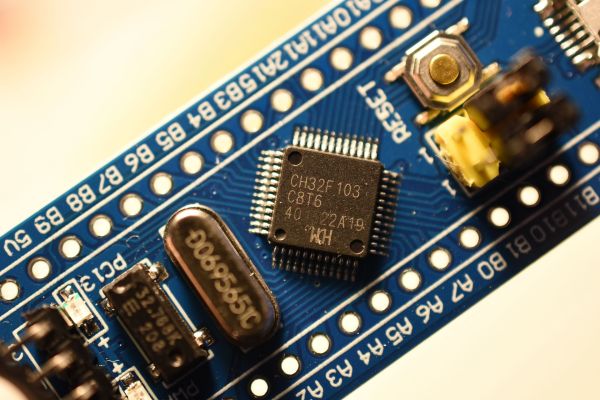 Whenever a product becomes popular, it’s only a matter of time before other companies start feeling the urge to hitch a ride on this popularity. This phenomenon is the primary reason why so many terrible toys and video games have been produced over the years. Yet it also drives the world of electronics. Hence it should come as no surprise that ST’s highly successful ARM-based series of microcontrollers (MCUs) has seen its share of imitations, clones and outright fakes.

The fakes are probably the most problematic, as those chips pretend to be genuine STM32 parts down to the markings on the IC package, while compatibility with the part they are pretending to be can differ wildly. For the imitations and clones that carry their own markings, things are a bit more fuzzy, as one could reasonably pretend that those companies just so happened to have designed MCUs that purely by coincidence happen to be fully pin- and register compatible with those highly popular competing MCU designs. That would be the sincerest form of flattery.

Let’s take a look at which fakes and imitations are around, and what it means if you end up with one. END_OF_DOCUMENT_TOKEN_TO_BE_REPLACED

If you order an electronic component, how do you know what it is you are receiving? It has the right package and markings, but have you got the real thing from the original manufacturer or have you got an inferior counterfeit? We hear so much about counterfeit parts, and sometimes the level of effort put in by the fraudsters is so high that from either a visual or electrical standpoint they can be hard to spot.

[Robb Hammond] writes for Aeri, with an extremely interesting guide to some of the cues for spotting a counterfeit semiconductor part. In doing so he gives us something of an insight into the techniques used by the fraudsters.

The first feature of a package to be examined are the indents. Relabeled chips often have their old markings sanded off and a coating applied to simulate the surface of an unmolested chip, and this coating can either obliterate or partially fill any indentations. Using comparison photos we are shown discernable hidden indents, and partially filled indents.

We’re shown textures and paints, and how markings can sometimes be shown as counterfeit by washing with solvent. A Cypress-marked part is found to be a cheaper Altera one under the paint, and other parts are shown with misaligned markings and markings placed over indents. Wildly varying countries of origin are claimed while seemingly retaining the same batch codes, an impossibility confirmed by manufacturers.

If you order your parts from legitimate distributors then it’s likely that what you receive will be the genuine article. However with the popularity of online auction sites and online bazaars the possibility has become ever more likely of being left with a counterfeit. Knowing some of these tips might just make the difference between the success or failure of your work, so it’s an interesting read.

Have you had any dodgy parts on your bench? Tell us about them in the comments. Meanwhile, it’s a subject we’ve covered before. 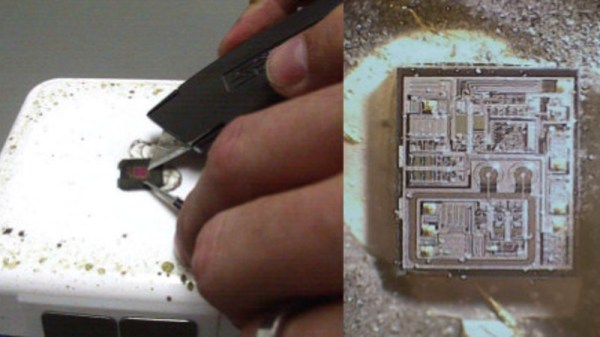 We’ve all experienced it: that sinking feeling you get when you’ve powered up your latest circuit and nothing happens. Maybe you made a mistake in your design or you shorted something while soldering. It’s even possible that ESD damaged one of your chips. All of these issues and more are possible, maybe even inevitable, when designing your own hardware.

But what if your design is perfect and your soldering skills beyond reproach? What if your shiny new device is DOA but you’ve done everything right? A fascinating report by [Yahya Tawil] makes the case that it’s increasingly possible that you’ve run across a counterfeit component. While it’s still relatively unlikely the hobby hacker is going to get bit by the counterfeit bug, the figures and examples referenced in his report may surprise you.

[Yahya] points to a number of government studies on the rising scourge of counterfeit components, and the numbers are rather surprising. For example, the U.S Department of Commerce conducted a study between 2005 and 2008 where over 50% of respondent manufacturers and distributors had encountered counterfeit components. Another estimate claims that up to 15% of the semiconductors purchased by the Pentagon are counterfeit, presenting a serious risk to national security.

But how exactly does one counterfeit a microcontroller or transistor? Interestingly, in the vast majority of cases, old chips are pulled from recycled circuit boards and new labels are written over the original. Sometimes the forgery is as simple as changing the date code on the component or up-rating its capability (such as labeling it military spec when it isn’t), but in some cases chips with the same package will be labeled as something else entirely. Other tricks are decidedly low-tech: the documentation for the device may list functions and capabilities which it simply does not possess, artificially raising its value.

The report is a worthwhile read, even for those of us who may not be purchasing components in the same quantities as the Pentagon. It may make you think twice before you click “Buy” on that shady site with the prices that seem to good to be true.

Counterfeit components certainly seem to be on the rise from where we’re sitting. We’ve covered a number of other studies on this increasingly common trend, as well as first hand accounts ranging from successful recoveries to frustrating failures. 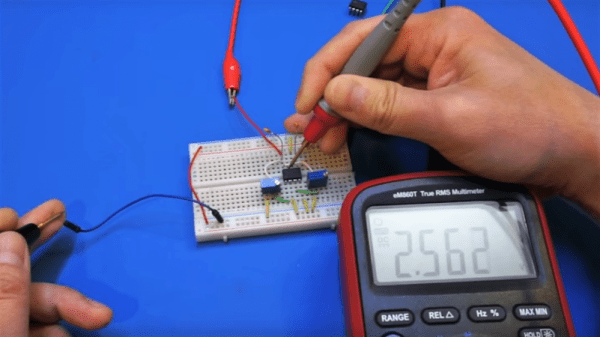 We all know the old saw: if it’s too good to be true, it probably is. But nowhere does this rule seem to break down as regularly as when we order parts. Banggood, AliExpress, and eBay are flooded with parts ready to be magically transported across the globe to our doorsteps, all at prices that seem to defy the laws of economics.

Most of these transactions go off without a hitch and we get exactly what we need to complete our Next Cool Thing. But it’s not always so smooth, as [Kerry Wong] recently discovered with an eBay order that resulted in some suspicious chips. [Kerry] ordered the AD633 analog multiplier chips as a follow-up to his recent Lorenz Attractor X-Y recorder project, where he used an Arduino to generate the chaotic butterfly’s data set as a demo for the vintage instrument. Challenged in the comments to do it again in analog, [Kerry] did his homework and found a circuit to make it happen. The needed multipliers were $10 a pop on DigiKey, so he sourced cheaper chips from eBay. The $2 chips seemed legit, with the Analog Devices logo and everything, but the circuit didn’t work. [Kerry]’s diagnosis in the video below is interesting, and it’s clear that the chips are fakes. Caveat emptor.

Here’s hoping that [Kerry] sources good chips soon and regales us with a successful build. Until then, what are your experiences with cheap chips? Have you been burned by overseas or domestic suppliers before? Does any single supplier seem like a better bet to you, or is it all hit or miss? Sound off in the comments below.

END_OF_DOCUMENT_TOKEN_TO_BE_REPLACED

Recently, the voice push to talk circuit in [Ryan]’s BITX40 radio was keyed down for a very long time. Blue smoke was released, a MOSFET was burnt out, and [Ryan] needed a new IRF510 N-channel MOSFET. Not a problem; this is a $1 in quantity one, but shipping from Mouser or Digikey will always kill you if you only buy one part at a time. Instead, [Ryan] found a supplier for five of these MOSFETs for $6 shipped. This was a good deal and a bad move because those new parts were fakes. Now we have an opportunity to play spot the fake MOSFET and learn that it’s all about the supply chain.

To be fair to the counterfeit MOSFET [Ryan] acquired, it probably would have worked just fine if he were using his radio for SSB voice. [Ryan] is using this radio for digital, and that means the duty cycle for this MOSFET was 100% for two minutes straight. The fake got hot, and the magic blue smoke was released.

Through an industry contact, [Ryan] got a new, genuine IRF510 direct from Vishay Semiconductors. This is a fantastic opportunity to do a side-by-side comparison of real and counterfeit semiconductors, shown at right. Take a look: the MOSFET on the left has clear lettering, the one on the right has tinned leads and a notched heatsink. [Ryan] posed the question to a few Facebook groups, and there was a clear consensus: out of 37 votes, 21 people chose the MOSFET on the left to be genuine.

What’s the takeaway here?  Even ‘experts’ — i.e. people who think they know what they’re talking about on the Internet — sometimes don’t have a clue when it comes to counterfeit components. How can you keep yourself from being burned by counterfeit components? Stick to reputable resellers (Mouser, Digikey, etc) and assume that too good to be true is too good to be true.