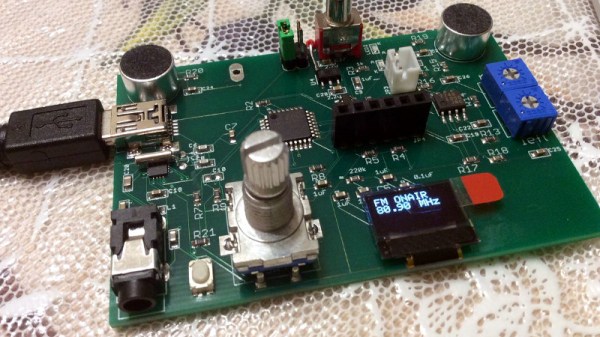 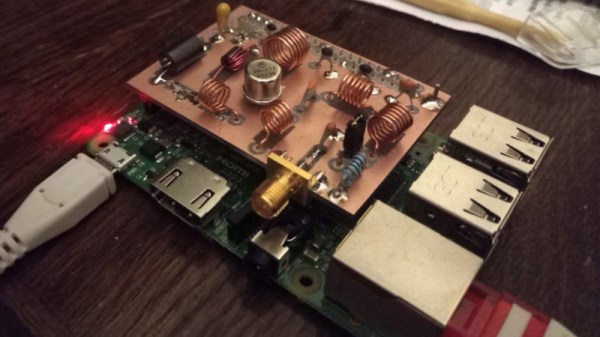 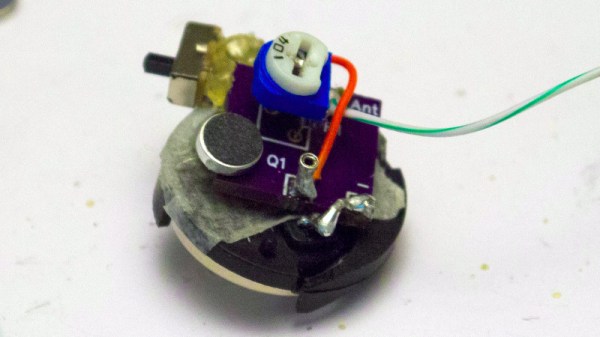 It used to be something of an electronic rite of passage, the construction of an FM bug. Many of us will have taken a single RF transistor and a tiny coil of stiff wire, and with the help of a few passive components made an oscillator somewhere in the FM broadcast band. Connect up a microphone and you were a broadcaster, a prankster, and probably set upon a course towards a life in electronics. Back in the day such a bug might have been made from components robbed from a piece of scrap consumer gear such as a TV or VCR, and perhaps constructed spider-web style on a bit of tinplate. It wouldn’t have been stable and it certainly wouldn’t have been legal in many countries but the sense of achievement was huge.

As you might expect with a few decades of technological advancement, the science of FM bugs has moved with the times. Though you can still buy the single transistor bugs as kits there is a whole range of fancy chips designed for MP3 players that provide stable miniature transmitters with useful features such as stereo encoders. That’s not to say there isn’t scope for an updated simple bug too though, and here [James] delivers the goods with his tiny FM transmitter.

Gone is the transistor, and in its place is a MAX2606 voltage-controlled oscillator. The on-chip varicap and buffer provided by this device alleviate some of the stability issues suffered by the transistor circuits, and to improve performance further he’s added an AP2210 low-dropout regulator to catch any power-related drift. If it were ours we’d put in some kind of output network to use both sides of the differential output, but his single-ended solution at least offers simplicity. The whole is put on a board so tiny as to be dwarfed by a CR2032 cell, and we can see that a bug that size could provide hours of fun.

This may be a small and simple project, but it has found its way here for being an extremely well-executed one. It’s by no means the first FM bug we’ve shown you here, just a few are this one using scavenged SMD cellphone parts, or this more traditional circuit built on a piece of stripboard.

We don’t know who the [amgworkshop] wanted to listen in on, but they apparently went searching for a small FM wireless transmitter. There’s plenty of circuits around, but they wanted something smaller. The original circuit had a variable capacitor to tune the output frequency. The new design uses a fixed capacitor and a spring for an antenna. You can see the build steps in the video below, but don’t expect a lot of frequency stability or fidelity out of a single transistor transmitter.

The parts list is minimal. In addition to a coin cell holder (which serves as the construction base), you need a transistor, two resistors, three capacitors, a homemade inductor (very easy to make with some wire and a drill bit), and an electret microphone. Of course, you need a battery, too. The whole thing is potted with hot glue.

END_OF_DOCUMENT_TOKEN_TO_BE_REPLACED

There is more than a casual link between computer people and musicians. Computers have created music since 1961 when an IBM7094 sang the song Daisy Bell (later inspiring another computer, the HAL 9000, to do the same).

[Vinod.S] wanted to create music on an STM32F407 Discovery board, but he also wanted it to play on his FM radio. He did it, and his technique was surprising and straightforward. The key is that the ARM processor on the Discovery board uses an 8MHz crystal, but internally (using a phase-locked loop, or PLL) it produces a 100MHz system clock. This happens to be right in the middle of the FM radio band. Bringing that signal back out of the chip on a spare output pin gives you the FM carrier.

That’s simple, but a carrier all by itself isn’t sufficient. You need to FM modulate the carrier. [Vinod.S] did the music playback in the usual way and fed the analog signal via a resistor to the crystal. With some experimentation, he found a value that would pull the crystal frequency enough that when multiplied up to 100MHz, it would produce the desired amount of FM deviation. You can see a video of the whole thing in action, below.

END_OF_DOCUMENT_TOKEN_TO_BE_REPLACED 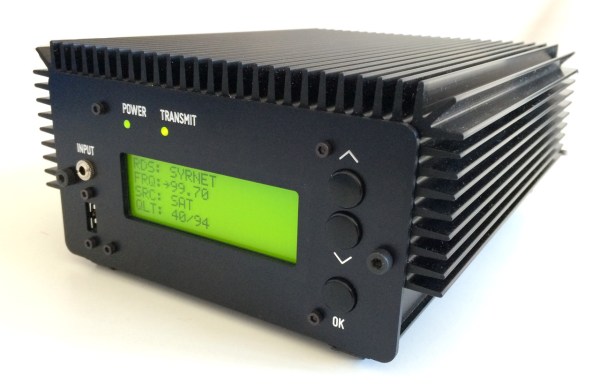 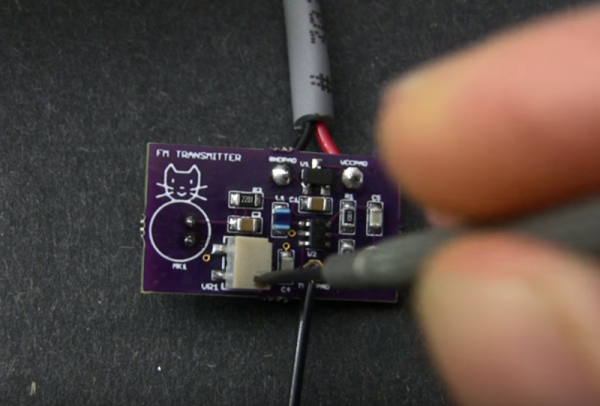 One of our favorite purveyors of electronics knowledge is at it again. This time, [Afroman] explains how frequency modulation works while building up a short-range FM transmitter on a board he has available at OSH Park.

The design is based on a MAX2606 voltage-controlled oscillator (VCO) chip that can do 70-150MHz. [Afroman] sets it up to oscillate at about 100MHz using a 390nH inductor. He also put a potentiometer voltage divider on the 2606’s tuning pin. Voltage changes issued through the pot alter the transmitting frequency in small increments, making it easy to dial in a suitable channel for your broadcast. Add an electret mic and about a meter’s worth of solid-core wire and you have yourself an FM transmitter that is good for around 20 meters.

There are plenty of ways to build a small FM transmitter that allow for some experimentation and don’t involve placing SMD components. We covered a build last summer that uses a couple of 3904s and rides a 9V connector salvaged from a dead battery. The downside is that transistor-based transmitters tend to be less frequency-stable than a VCO chip.