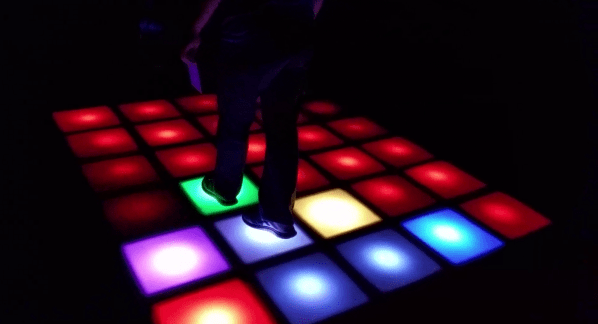 It’s got a little “Saturday Night Fever” vibe to it, but this pressure-sensitive LED floor was made for gaming, not for dancing.

Either way, [creed_bratton_]’s build looks pretty good. The floor is a 5×6 grid of thick HDPE cutting boards raised up on a 2×4 lumber frame. Each cell has a Neopixel ring and a single force-sensitive resistor to detect pressure on the pad. Two 16-channel multiplexers were needed to consolidate the inputs for the Arduino that’s running the show, and a whole bunch of wall warts power everything. The video below shows a little of the build and a look under the tiles. It’s not clear exactly what game this floor is for, but you can easily imagine a maze or some other puzzle that needs to be solved with footsteps.

Light-up floors are nothing new here, what with this swimming pool dance floor. But this interactive dance floor comes close to the gaming aspect of [creed_bratton_]’s build.

END_OF_DOCUMENT_TOKEN_TO_BE_REPLACED 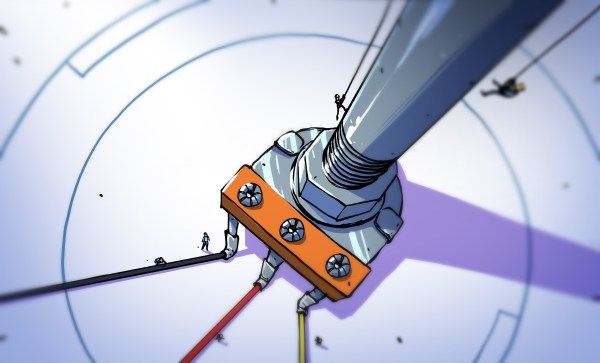 Adjusting the volume dial on a sound system, sensing your finger position on a touch screen, and knowing when someone’s in the car are just a few examples of where you encounter variable resistors in everyday life. The ability to change resistance means the ability to interact, and that’s why variable resistance devices are found in so many things.

The principles are the same, but there are so many ways to split a volt. Let’s take a look at what goes into rotary pots, rheostats, membrane potentiometers, resistive touchscreens, force sensitive resistors, as well as flex and stretch sensors.

END_OF_DOCUMENT_TOKEN_TO_BE_REPLACED 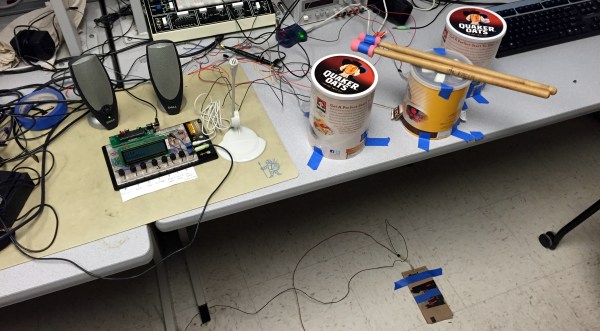