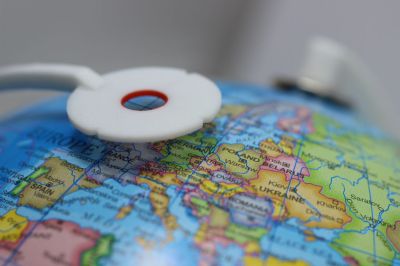 END_OF_DOCUMENT_TOKEN_TO_BE_REPLACED

The invention of the transistor revolutionized radio, allowing receivers to be made far more compact and portable than ever before. In the middle of the 20th century, the devices exploded in popularity, and pocket transistor radios took the market by storm. [MisterM] had fond memories of such times, and when he found a 1970s Flirt radio at a car boot sale, it led to a cute little build.

The radio was stripped of its original hardware, with [MisterM] preferring internet radio to the terrestrial variety. In its place, a Raspberry Pi Zero was installed. This was fitted with a cavalcade of off-the-shelf modules to make it fit for pumping out the tunes. A Speaker PHAT was used for audio, while an Adafruit Micro Lipo board handled battery charging and a Pimoroni Lipo Shim served as the power supply. All this was bundled up inside the original casing.

The radio’s controls are a neat hack. The original volume and tuning dials were removed, sliced up, and glued onto two lever microswitches. This allows them to act as buttons instead. A new power switch was installed behind the original, and the Speaker PHAT’s LEDs were placed behind the tuning dial to act as a rudimentary display.

It’s a tidy build that repurposes an attractive vintage artefact into a device of the internet age, while remaining externally the same. [MisterM] has form in this space, with his vintage radio console build and video doorbell being particular highlights. Video after the break.

END_OF_DOCUMENT_TOKEN_TO_BE_REPLACED

Have a beautiful antique radio that’s beyond repair? This ESP8266 based Internet radio by [Edzelf] would be an excellent starting point to get it running again, as an alternative to a Raspberry-Pi based design. The basic premise is straightforward: an ESP8266 handles the connection to an Internet radio station of your choice, and a VS1053 codec module decodes the stream to produce an audio signal (which will require some form of amplification afterwards).

Besides the excellent documentation (PDF warning), where this firmware really shines is the sheer number of features that have been added. It includes a web interface that allows you to select an arbitrary station as well as cycle through presets, adjust volume, bass, and treble. 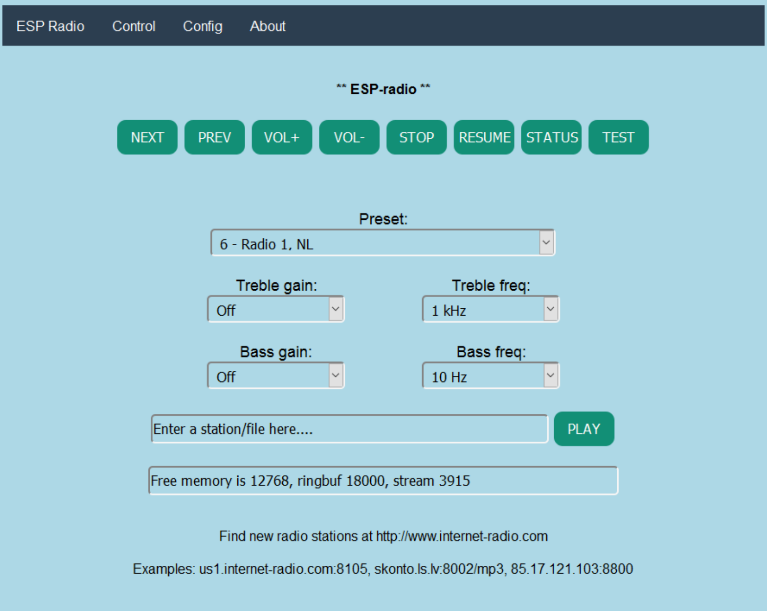 If you prefer physical controls, it supports buttons and dials. If you’re in the mood for something more Internet of Things, it can be controlled by the MQTT protocol as well. It even supports a color TFT screen by default, although this reduces the number of pins that can be used for button input.

The firmware also supports playing arbitrary .mp3 files hosted on a server. Given the low parts count and the wealth of options for controlling the device, we could see this device making its way into doorbells, practical jokes, and small museum exhibits.

To see it in action, check out the video below:

END_OF_DOCUMENT_TOKEN_TO_BE_REPLACED

Years ago, [Luk] came across an old tube radio. He’s since wanted to convert it to an internet radio but never really got around to it. Now that we are living in the age when a micro computer can be had for a mere $35, [Luk] decided it was time to finish his long lost project.

He chose a Raspberry Pi for the brains of his project because it is an inexpensive and well documented product perfect for what he wanted to do. [Luk] had a goal, to modify the radio as little as possible in order to get it to play both internet radio and locally stored MP3s. The radio from 1959 is certainly old, but it had a feature you may not expect. It had an AUX input with a separate volume knob out front. As is the radio itself, the input was mono. To connect the Raspberry Pi to the radio, [Luk] had to make an 1/8th inch stereo to banana plug adapter, a great solution that did not require any modification to the original radio.

WiFi is accessed though an off-the-shelf USB wireless module. After evaluating tapping into a 5vdc source somewhere in the radio, it was decided to use a wall wart to power the Raspberry Pi. A plug for the wall wart was spliced in after the radio’s main on/off switch. That way the radio and Raspberry Pi both turn on and off together. There is plenty of room for all of these added components inside the radio’s case.

The RaspPi can be fully controlled over the WiFi network but has a couple buttons wired up to the GPIO pins for limited manual control. The buttons for these controls fit perfectly in the round vent holes in the back panel of the radio’s case. Although the buttons are visible, no permanent modifications had to be made! [Luk] reports that everything works great, as do the original functions of the radio.